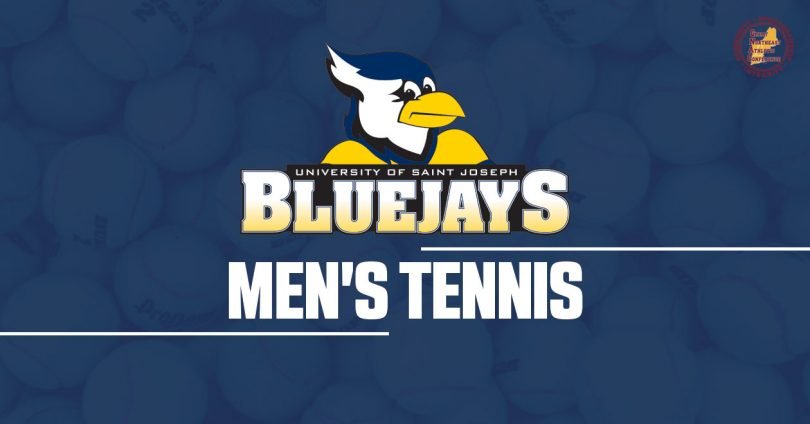 With the addition of a men’s tennis program for the 2020-21 academic year, the University of Saint Joseph in West Hartford will have six men’s athletic programs.

“We are thrilled to announce the addition of men’s tennis and to be able to provide more opportunities for student-athletes to compete,” said Devitt. “Our brand new state-of-the-art courts will serve as the perfect home venue for the team.”

The addition of men’s tennis to USJ, which became a fully coeducational institution a year ago, will be the sixth men’s program, joining soccer, basketball, swimming & diving, and lacrosse. Men’s lacrosse is set to kick off its inaugural season this spring, after the first four men’s programs successfully opened in 2018-19.

On the women’s side, the Blue Jays will continue to sponsor eight long-standing varsity programs: basketball, cross country, lacrosse, soccer, softball, swimming & diving, tennis, and volleyball. Additionally, USJ is set to start its first-ever field hockey program in the fall of 2020.

The USJ men’s tennis team will immediately begin competing in the Great Northeast Athletic Conference (GNAC), and will play its home matches on the newly renovated USJ Tennis Courts, which are set for completion at the end of this fall. The revamp will feature six post tension tennis courts in Biscayne Blue surrounded by Oasis Blue, where the previous tennis courts were located.

When men’s tennis joins the GNAC next year, they will compete against seven other teams: Albertus Magnus College, Colby-Sawyer College, Eastern Nazarene College, Johnson & Wales University, Lesley University, Norwich University, and Regis College. With eight institutions sponsoring men’s tennis in the GNAC, it secures the conference’s automatic qualifier status to the NCAA Division III Tournament, with the league champion earning the right to compete in NCAA’s each year.

Any interested student-athletes or prospective student-athletes in joining the men’s tennis program please reach out to Assistant Athletic Director Josh Ingham at [email protected] or 860.231.5296.