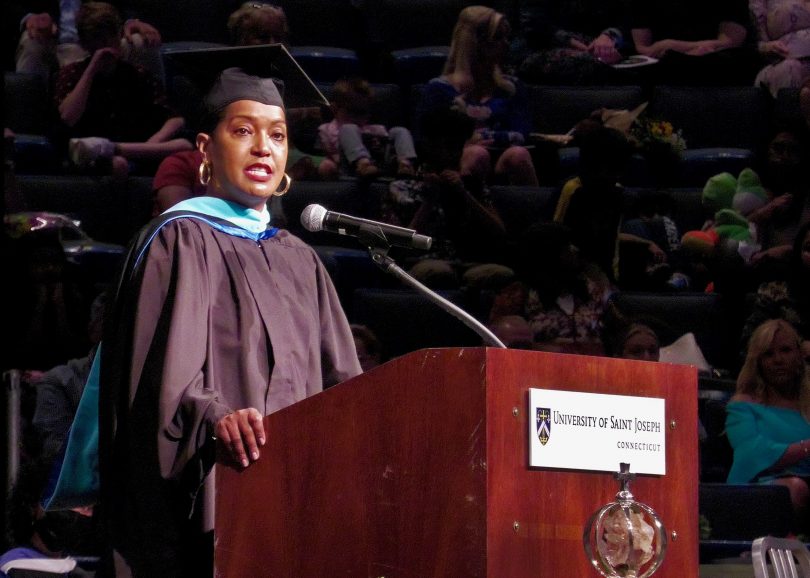 U.S. Rep. Jahana Hayes was the keynote speaker for the USJ Class of 2022 Commencement. Courtesy photo

Members of the Class of 2022 at West Hartford’s University of Saint Joseph were urged to be ‘Of Service’ at commencement. 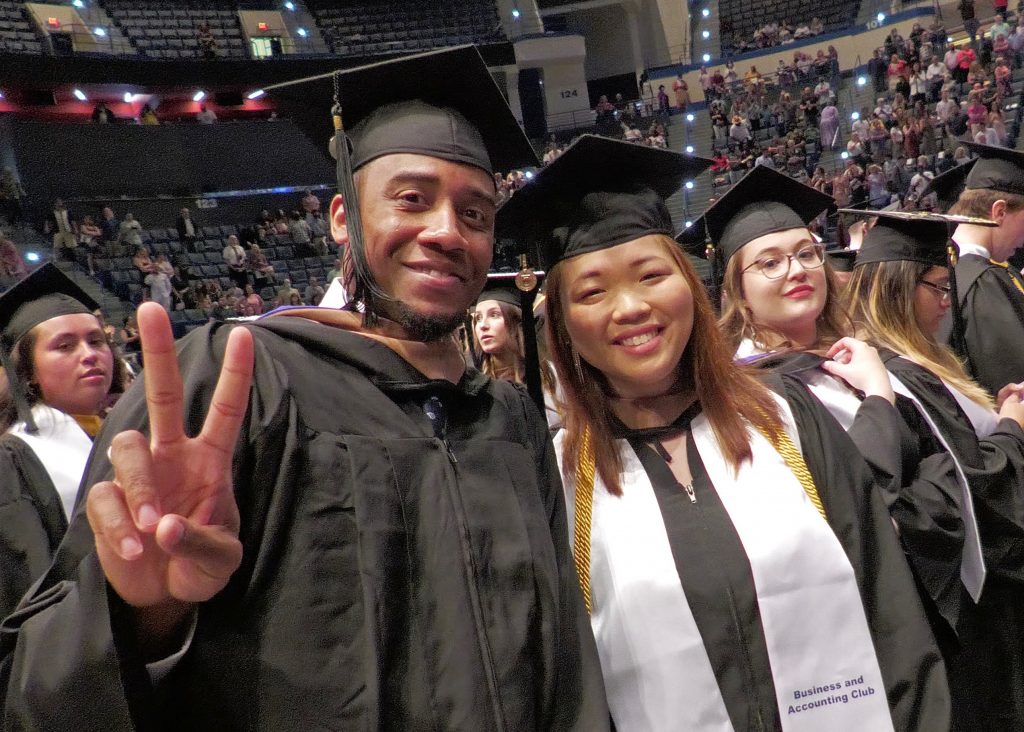 The Class of 2022 included the first cohort of male graduates since the school went co-ed. Courtesy photo

The University of Saint Joseph held its 87th Commencement on May 14, at the XL Center, Downtown Hartford with Connecticut Congresswoman, the Honorable Jahana Hayes M’12, DAA’17 as Commencement Speaker. She encouraged the graduating class to be of service, to use their education and experience to “bend the moral arc toward justice.” U.S Sen. Richard Blumenthal (D-Connecticut) joined the stage to wish the graduates well.

Rep. Hayes was elected to the United States House of Representatives in November 2018, making her the first African American woman and the first African American Democrat ever to represent the state of Connecticut in Congress. At the University of Saint Joseph, she earned an M.A. in Education with a concentration in Curriculum and Instruction in 2012. In 2017, she was recognized with USJ’s Distinguished Alumni Award.

USJ President Rhona Free said, “We were very excited to be able to return to our traditional commencement ceremony, with the family members of our graduates there to cheer them on. While we had many separate in-person ceremonies last year, we were limited in the number of people who could attend. This year’s ceremony was a particularly joyous event.”

This commencement ceremony marked a significant first inaugural coeducational class of traditional undergraduates. Undergraduate student speaker, Domeniko Skrelia ’22 B.S. Nutrition was among the first coeducational class of accepted male students, and he remembered an early visit to campus. “I began to see the vision of the school and of the opportunities I could potentially have. I then committed to continue my academic and athletic career at USJ and it was the best decision I have ever made.”

Graduate student speaker Jayde Hickman, M’22 Master of Social Work shared that she was the first in her family to pursue a master’s degree and that now she will be able to reach a larger community of underserved children and families.

The ceremony was streamed live and a replay can be accessed by visiting: https://livestream.com/usj/usjcommencement22