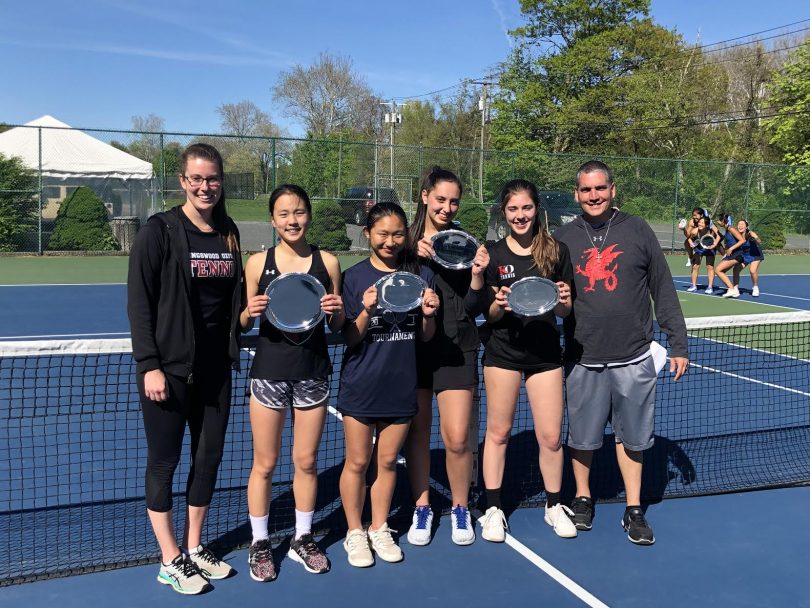 On Saturday, the varsity tennis team from West Hartford’s Kingswood Oxford School brought home silver and gold from a tournament at Kent School. 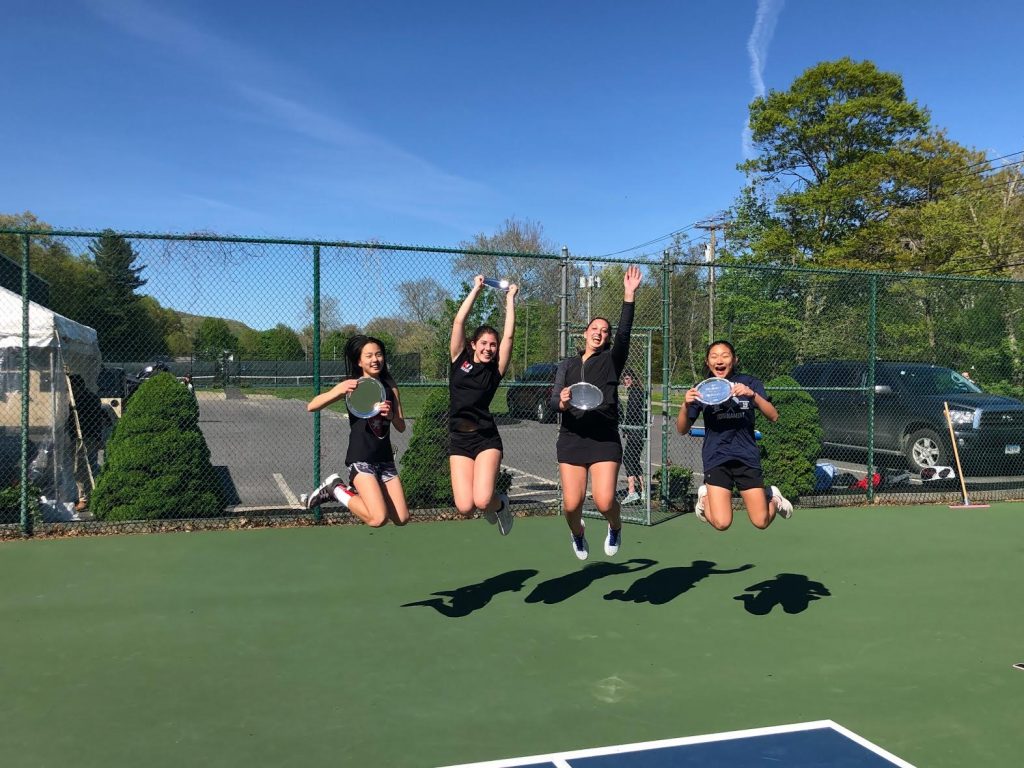 It was a fantastic day of tennis for Kingswood Oxford at the Coe De Villafranca tennis tournament at Kent School on Saturday, May 11.

Kay Chin ’24 of South Windsor won the No. 1 singles draw becoming the youngest player to ever win the top draw of this 40-year-old tournament. Chin defeated Loomis Chaffee in the semifinals and Andover in the finals. The previous youngest winner had been KO’s Dayna Lord ‘13, Brown University ’17 who won the event as an eighth-grader.

The great play was not limited to Chin. Captains Isa Raymond ’19 of Wethersfield and Molly Baron ’19 of West Hartford finished in second place in the doubles draw with wonderful wins over Loomis Chaffee and Kent as well as a great performance against Andover in the finals. This was only the fourth time in the past 20 years that a KO doubles team made it to the finals.

Furthermore, Aimee Zheng ’22 of East Hampton was a semifinalist in the No. 2 singles draw with inspired play against Rye Country Day.

Coach Ron Garcia said, “I couldn’t be more proud of the team this year. They have consistently surprised me with their rapid progress and tremendous results. They are great teammates and are determined to compete with emotion every day. I truly enjoy each of our practices and matches.”