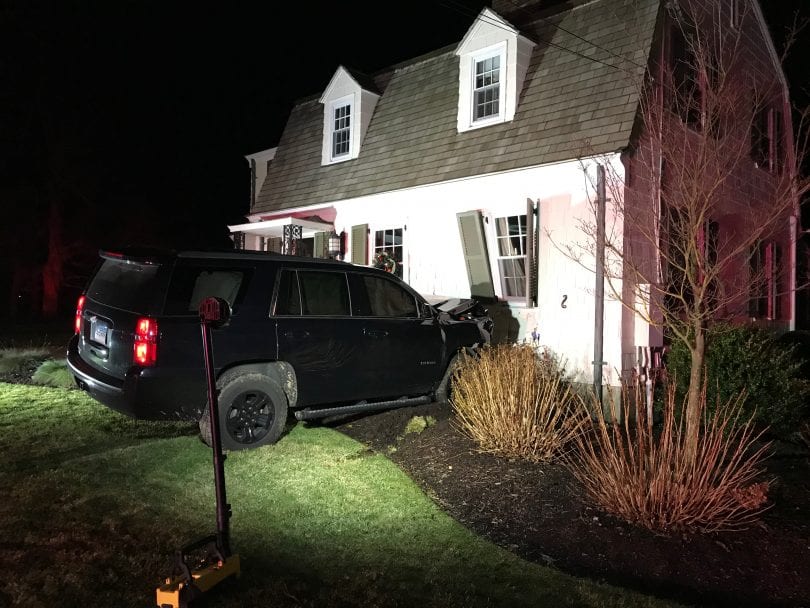 Emergency personnel responded to the scene where the driver of a Chevy Tahoe crashed into a home at 3 Buena Vista Rd. in West Hartford Sunday evening.

According to West Hartford Fire Department Battalion Chief Mark Bassett, multiple calls were received at the Emergency Dispatch Center at 9:40 p.m. Sunday, reporting that a vehicle had struck a house.

“Fire personnel were on scene within five minutes and confirmed a large SUV made contact with the front of the building,” Bassett said in an email.

There was one passenger in addition to the driver in the Tahoe. “Further investigation revealed the passenger and driver had self-extricated from the heavily damaged vehicle. Both reported no injuries, including the driver who was taken into police custody,” Bassett said. “Seat belt usage and airbag deployment may have contributed to the lack of reported injuries.”

Bystanders advised fire department personnel that the residents were not at home, and according to Bassett fire crews were able to enter the residence to confirm that no one was inside.

Initial reports indicate that there appears to be structural damage to load-bearing components of the single-family home, Bassett said, and the West Hartford Building Department will be evaluating the stability of the structure.

“Occupants will not be allowed back into the structure this evening and will be sheltering overnight with concerned neighbors,” said Bassett.

The West Hartford Police Department is continuing to investigate, and no cause of the crash was provided.

Bassett said the fire department “would like express their appreciation to the many caring neighbors who assisted emergency personnel mitigating this incident and sheltering the homeowners.”

This story will be updated, and check back with We-Ha.com for details. 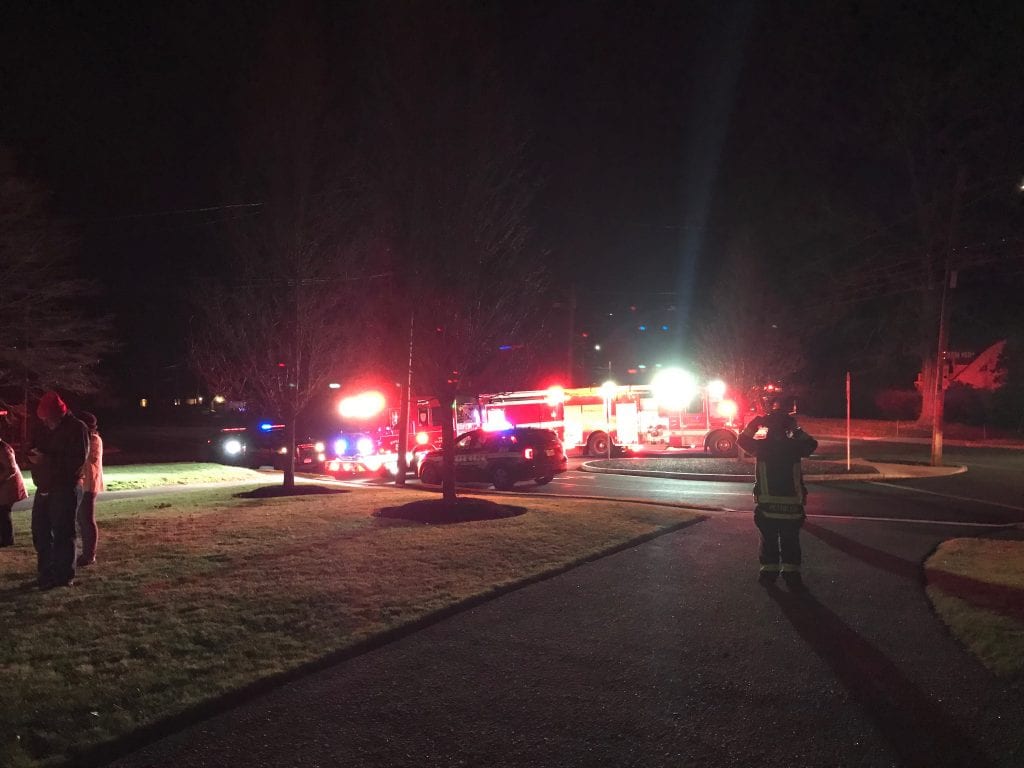 West Hartford Fire Department and West Hartford Police on the scene where a vehicle crashed into a house Sunday night. Courtesy photo