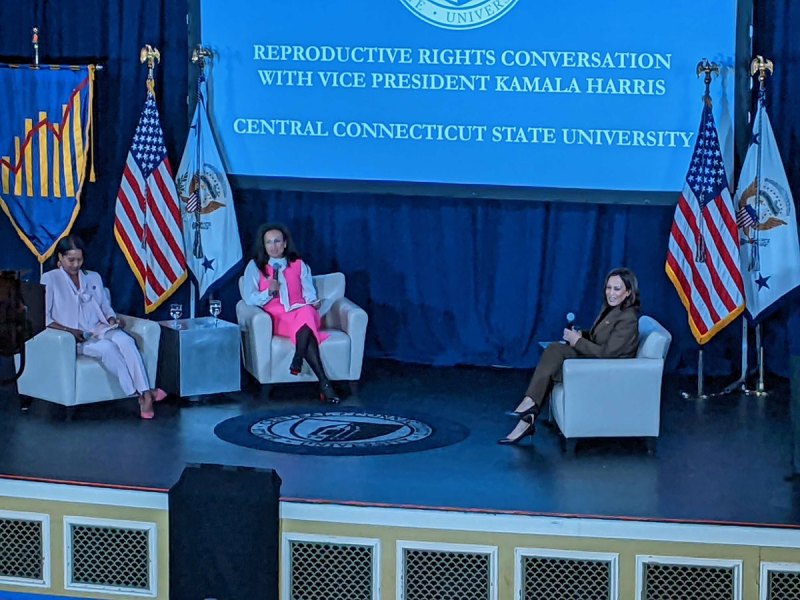 The event at CCSU in New Britain saw the campus inundated with police and secret service, and access to I-84, including in West Hartford, was briefly prevented while the vice president’s motorcade traveled through town.

As states across the country pass laws outlawing abortion, Vice President Kamala Harris encouraged an audience at Central Connecticut State University on Wednesday to build coalitions in support of preserving their rights or see them eroded.

Harris shared a stage at the university’s Torp Theatre with Planned Parenthood President Alexis McGill Johnson and U.S. Rep. Jahana Hayes, a two-term Democrat representing the 5th District, considered to be the most competitive of the state’s congressional race in next month’s election. Hayes faces George Logan, a former state senator.