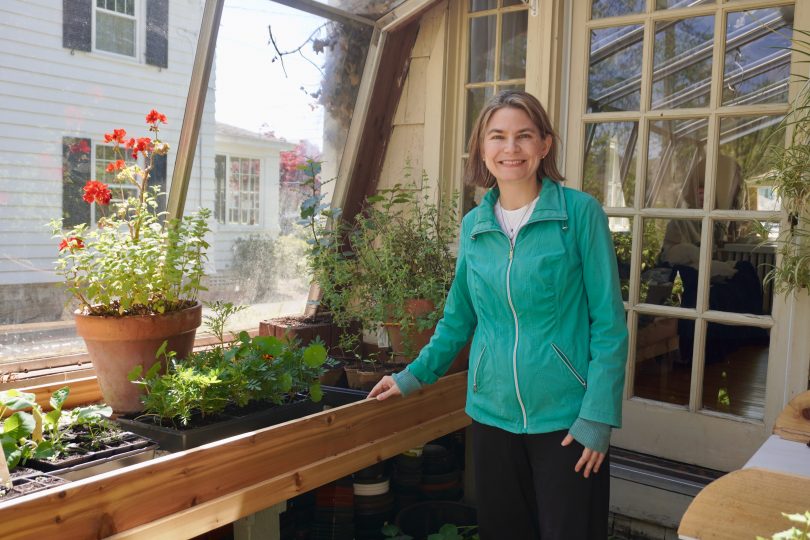 Blythe Kaufman stands in her greenhouse, where vegetables are started in preparation for planting outside. Photo credit: Ronni Newton

Resident Blythe Kaufman grows most of her own vegetables, and has launched a blog and YouTube channel to share her experience and encourage others. 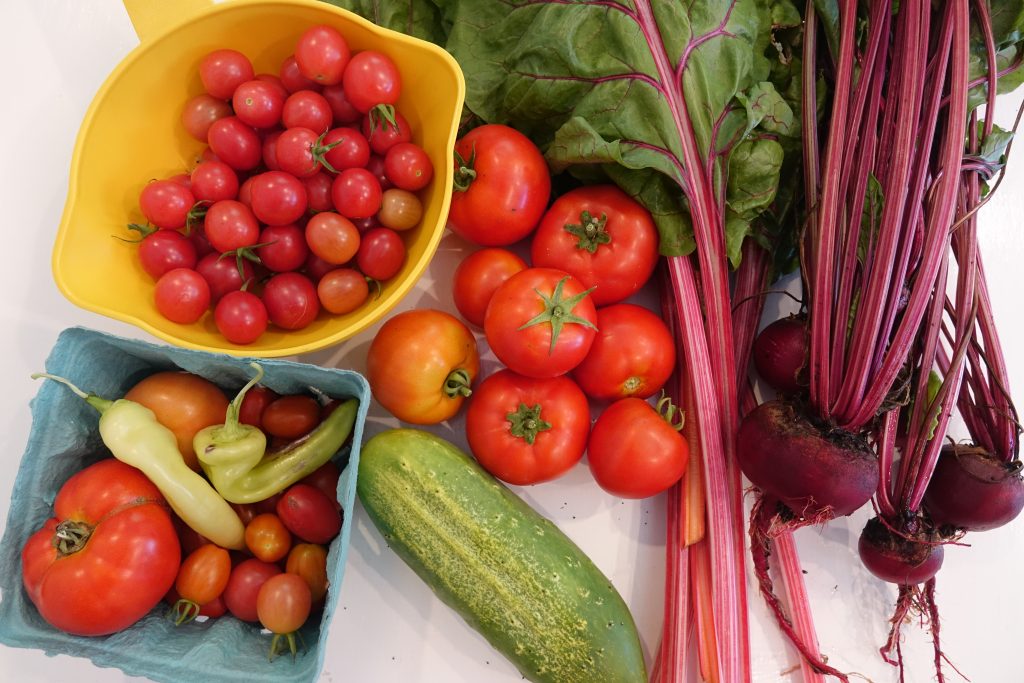 Bounty from the Kaufman’s gardens in 2021. Courtesy of Blythe Kaufman

Blythe Kaufman lives in a classic West Hartford colonial, on a typical quarter-acre lot on Four Mile Road. That’s where – in “Our Lady’s Victory Garden” – she grows a majority of the vegetables her family of five eats during the spring, summer, and fall, and some of the fruits, too.

“We really try to get as much as we can out of our yard,” said Kaufman, and she wants to encourage others to plant their own Victory Gardens.

On a tour of her yard, early in the growing season, Kaufman points out the Honeycrisp apple tree, the plants that will yield blueberries, elderberries, and currants. “We have almost every type of berry bush,” she said. 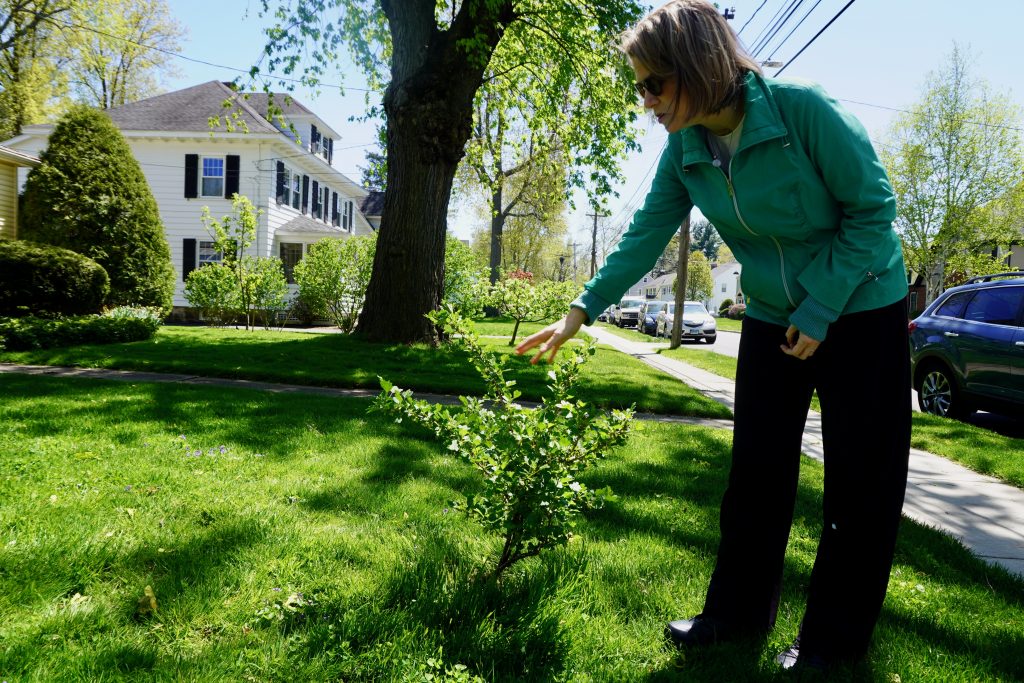 Kaufman and her husband, Seth, have lived on Four Mile Road for 17 years, and one of the things that drew her to the house was the existing greenhouse. She grew up outside Boston, and while that wasn’t exactly a rural upbringing, her mother was an avid gardener and some of her earliest and best memories are of gardening with her mom – who loved watching “Crockett’s Victory Garden” on WGBY.

Kaufman trained as an endodontist, but developed a rare disorder when pregnant with her youngest son which impacted her joints. Her hands remain weak, and she doesn’t drive. When her kids (now between the ages of 15 and 21) were young, she taught them to be her hands in the garden.

A lifelong gardener, Kaufman is always reading about gardening, and also attended a course through UConn Storrs. It’s become a family endeavor, and now she’s sharing her expertise with the community. Recently she created a website, ourladysvictorygarden.com, which she launched along with an associated YouTube channel on March 25.

Sharing her gardening is a way to bring the community along on her family’s Victory Garden journey, Kaufman said.

“With food prices on the rise, it seems a perfect time for people to put in the classic Victory Garden which first seemed to get its name during WWII but then saw a revival in the late 70s when inflation was surging,” she said. 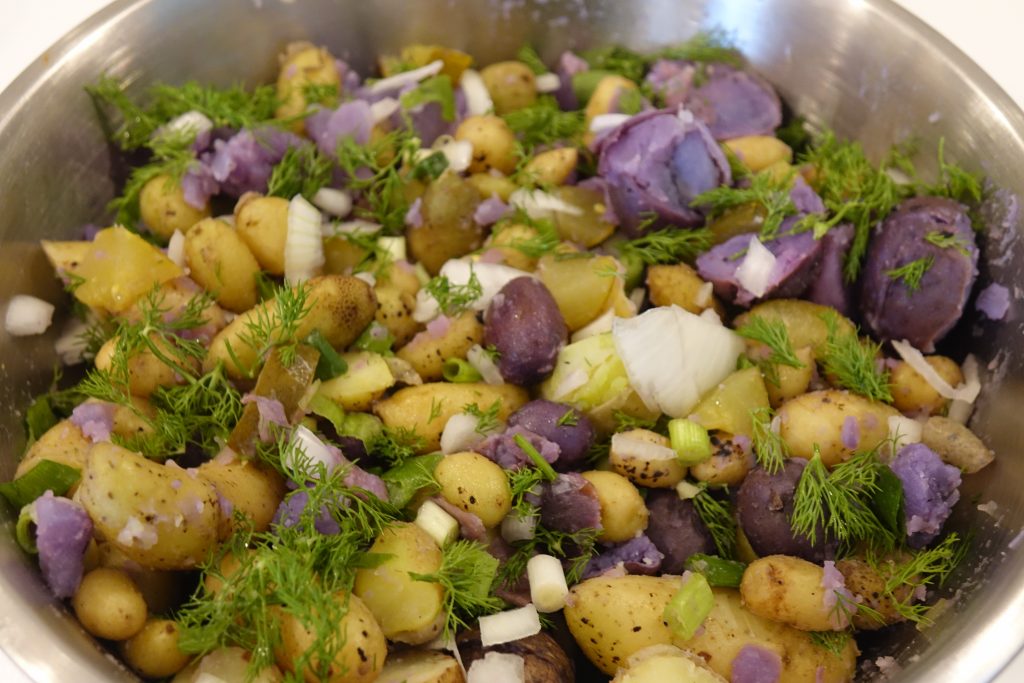 “It seems such an endeavor may be needed with commercial farmers straining to meet their needs with shortages of fertilizers. Many professional farmers have reported they will simply spread less fertilizer this year and hence will have less harvest. Home gardeners have the benefit of using kitchen organic scraps to amend the soil and less fertilizers are needed so we who live on small quarter-acre plots can make a big difference by growing even a portion of what we might normally buy at the store.”

As non-edible plantings in her yard die off, Kaufman replaces them with plants that yield food. Elderberry bushes grow along the front walk, and bunch onions in the planters near the front door will be replaced with sweet potatoes. She has pear trees along with apple trees. 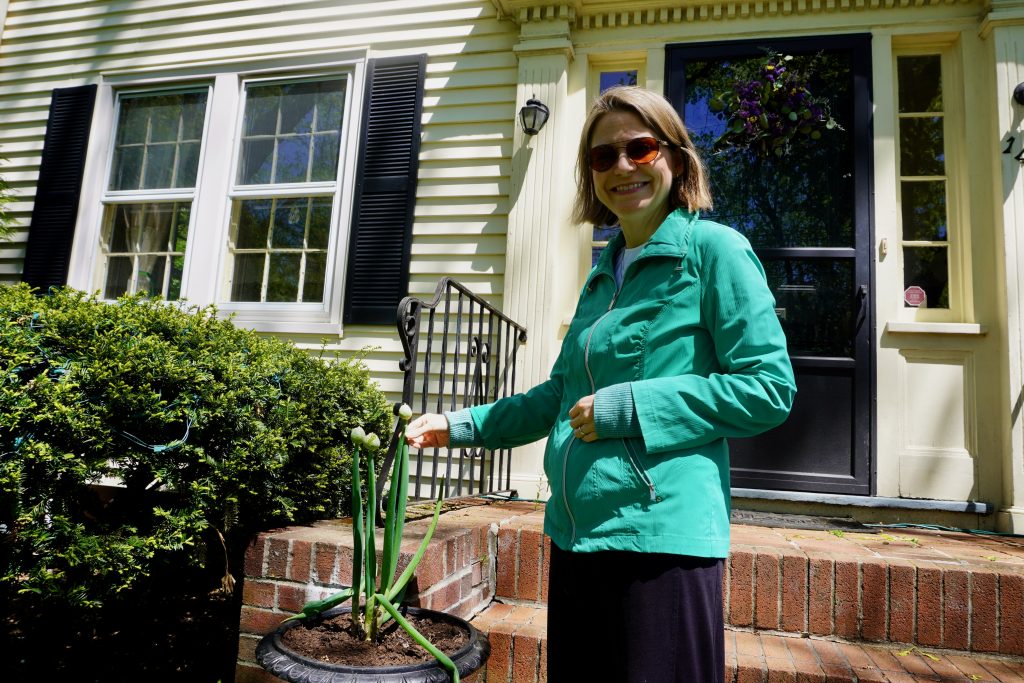 Blythe Kaufman shows off the bunch onions that were growing in the planters outside her front door. Photo credit: Ronni Newton

In the spring Kaufman harvested potatoes that she started growing in December in the greenhouse. Before the weather was ready for outdoor planting, tomatoes, oregano, and bay leaf were among the plants already thriving in the greenhouse, while an enclosure in her backyard had peas, onions, beets, and leeks growing, protected from squirrels that like to dig early in the season, as well as bunnies that will eat the plants. 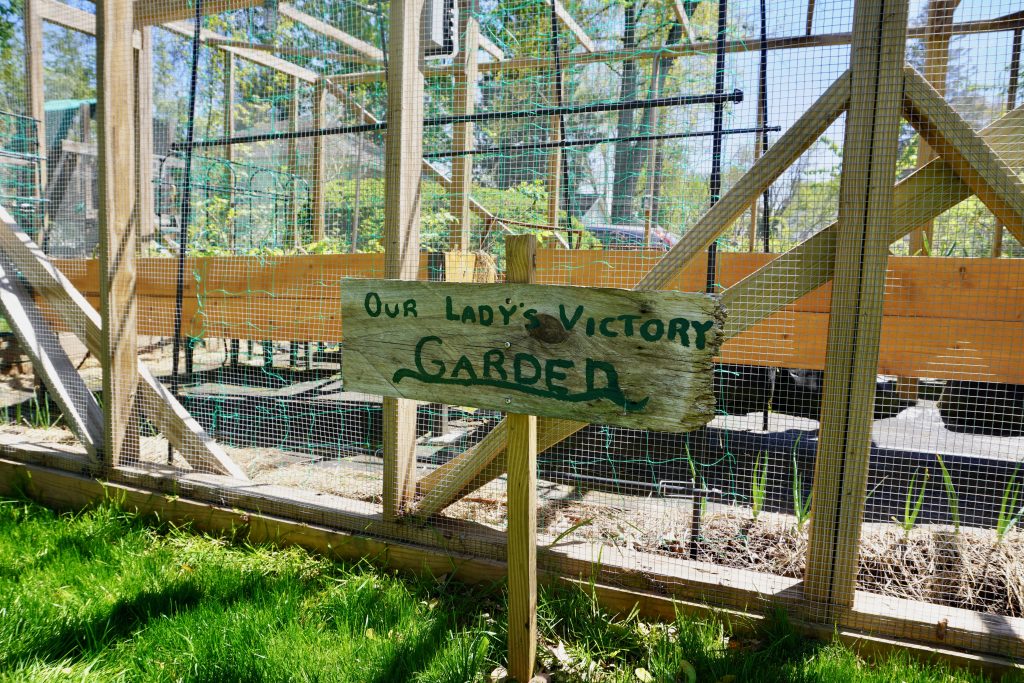 The stone bed on the side of her house is also at waist height and easier to tend, plus it has great drainage, Kaufman said. “Most things will do very well I in there without a lot of work.”

Everything is planted from seed, which she said tends to create heartier plants, and some of her plants are also “volunteers,” taking root and growing where seeds dropped naturally the previous year have fallen.

She practices succession planting, rotating her crops throughout the growing season, and from year-to-year.

It may appear daunting to plant that first garden, and many beginners make mistakes. She’s made them, too, and shares successes and failures on the website and in videos. To Kaufman, the efforts to grow her own food are worthwhile.

“I just feel better about having something growing right outside my door.”

Using organic matter is important, said Kaufman, who uses very little commercial fertilizer other than for root crops. She uses kitchen scraps, hay, and other organic material, and strategically combines plantings. Garlic plants keep away the chipmunks, she said, and radishes keep the pests away from the cucumbers. 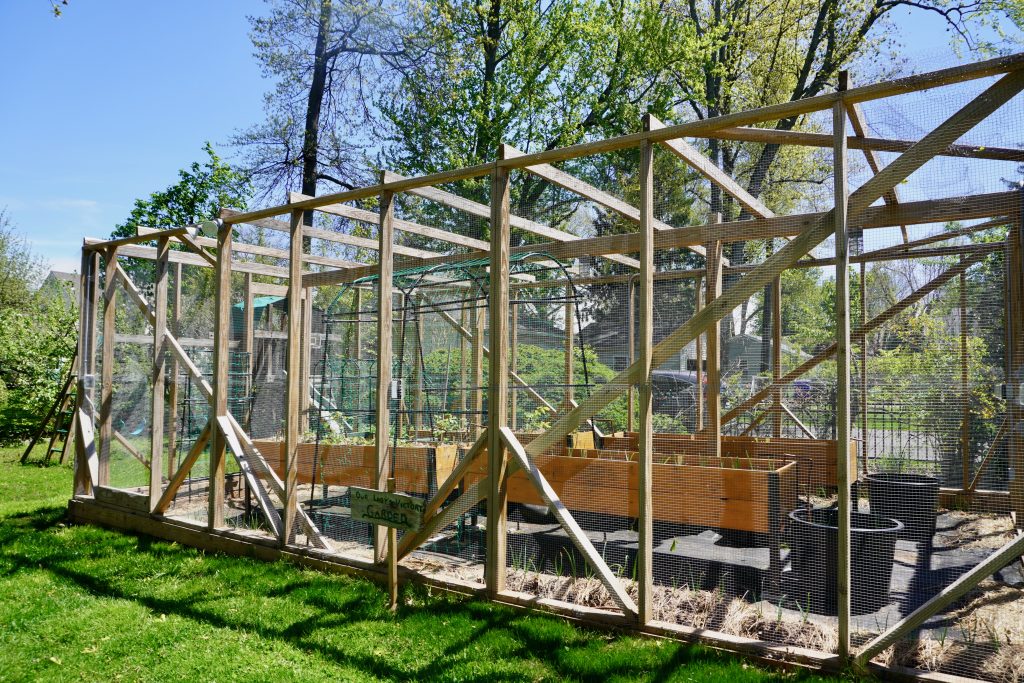 Once the garlic – which was planted in the fall and is growing robustly – is done for the season, she’ll plant tomatoes for a late harvest, where they will yield fruit through late September into early October. 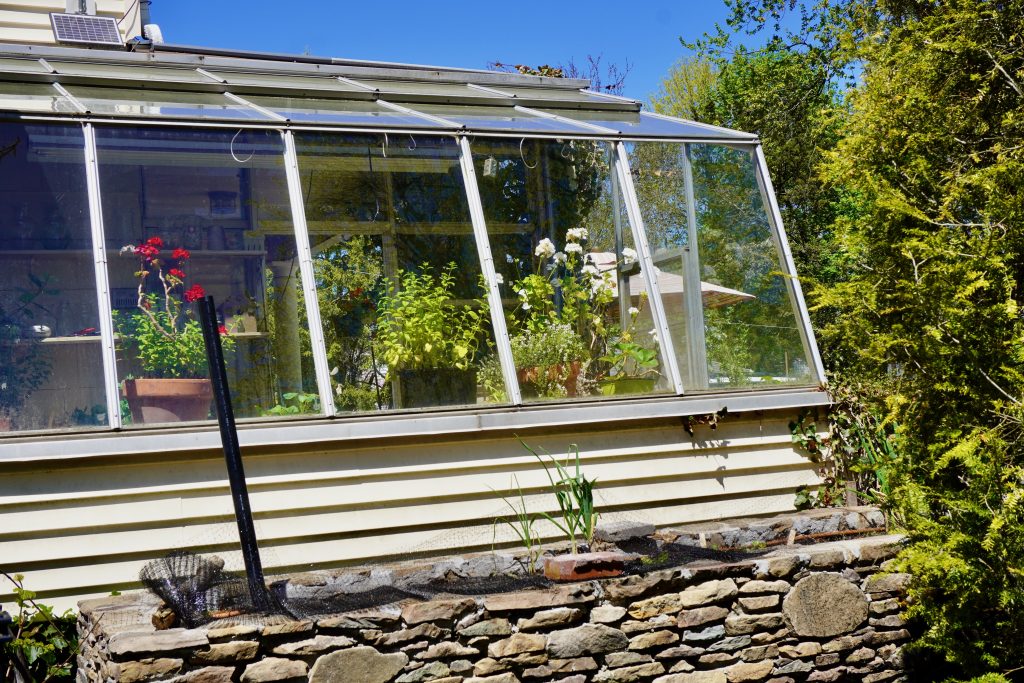 Many plants are started in the greenhouse, where the atmosphere is several USDA growing seasons ahead of the outdoors. Photo credit: Ronni Newton

In mid May, the more tender crops that were started from seed and were growing in the greenhouse – where the atmosphere is several USDA growing zones ahead of the outdoors – were ready to be moved outside. Those include tomatoes, peppers, eggplant, and basil. Cucumber, green beans, summer and winter squash, sunflowers, and sweet potatoes were all planted, as seeds, directly in the garden in May.

Kaufman said no one in her immediate family is vegan, but they do like vegetables, and during the growing season the garden produces at least 80% of the fresh produce they eat. “Last year we froze tomato sauce, and soups made with Swiss chard,” she said. “We had a packed freezer.” 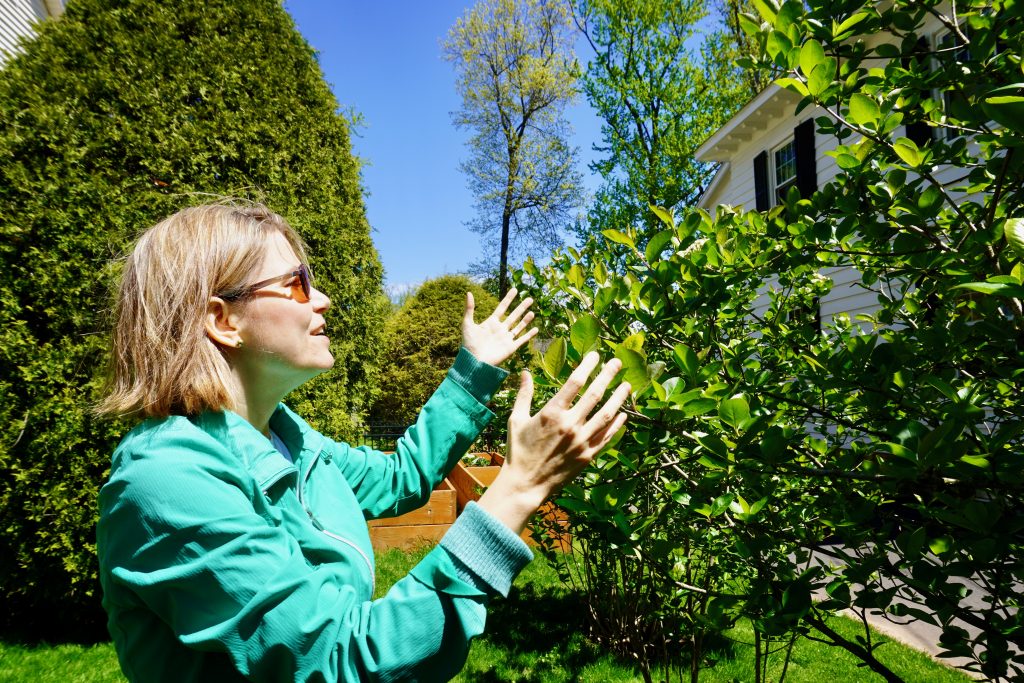 Blythe Kaufman points to some of the fruit trees growing in front of her Four Mile Road home. Photo credit: Ronni Newton

The apple and pear trees yield fruit, too.

“The Honeycrisps are great. We made pies, applesauce, apple crisp into late October,” she said.

The berries are eaten raw, as well as blended into smoothies.

This year she’s planning to do more pickling and canning. She’s also growing sprouts on her kitchen counter, and recently started growing microgreens after attending a workshop.

“There’s just something about the simplicity of life, of seeing where your food comes from, that’s peaceful and calming.” In the winter she enjoys planning her garden and it’s a good reminder that better weather is ahead.

During the pandemic, Kaufman said her family tried a lot of new recipes – soups, and rhubarb pie among them. “It’s a bright light, to have those memories from the pandemic,” she said.

Gardening is something that transcends the generations, Kaufman said. She shares gardening tips with a young family next door … and she is eager to share her knowledge with others.

There are so many issues that divide people, but gardening can bring people together. “It’s hard to find someone that can’t rally around it.”

More information about Our Lady’s Victory Garden, including the link to the YouTube channel, can be found at ourladysvictorygarden.com. 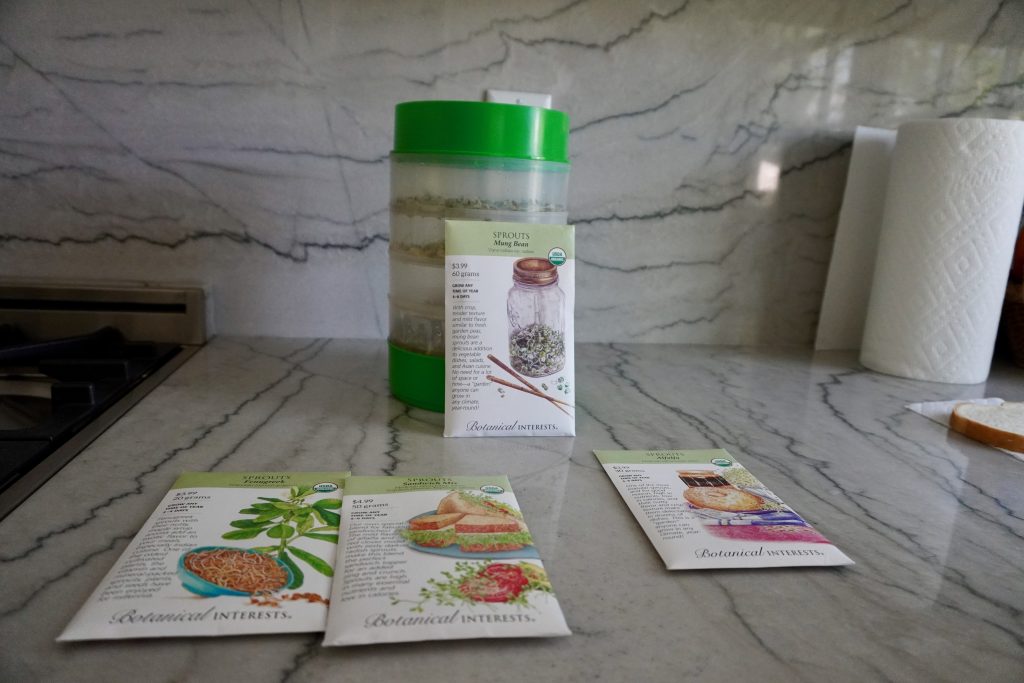 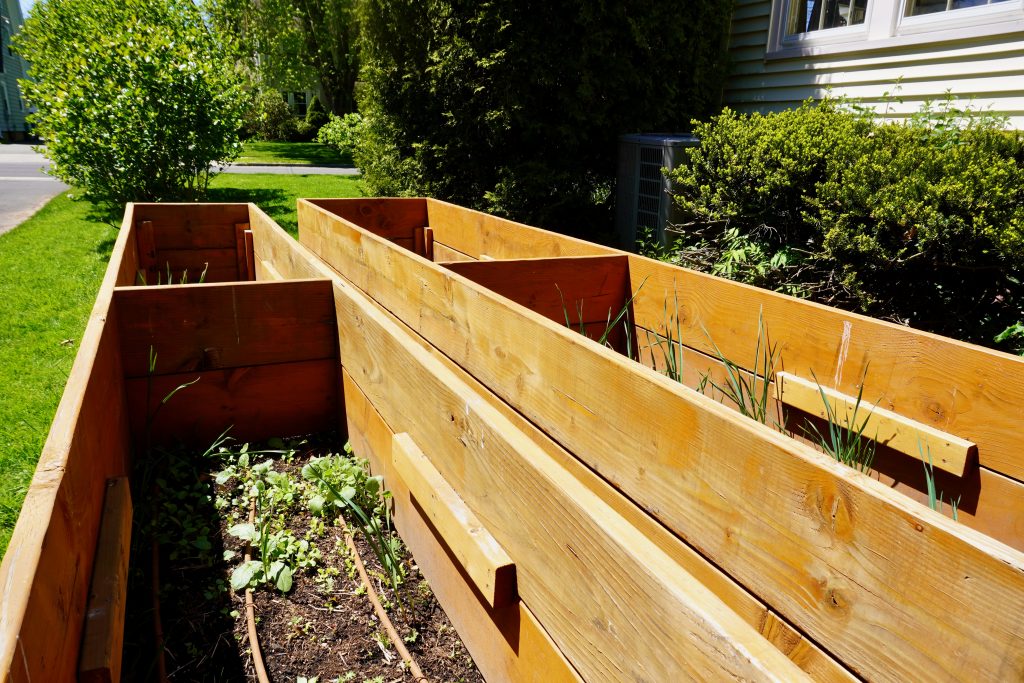 A variety of raised beds make it easier to reach the plants, and also help keep pests away. Photo credit: Ronni Newton 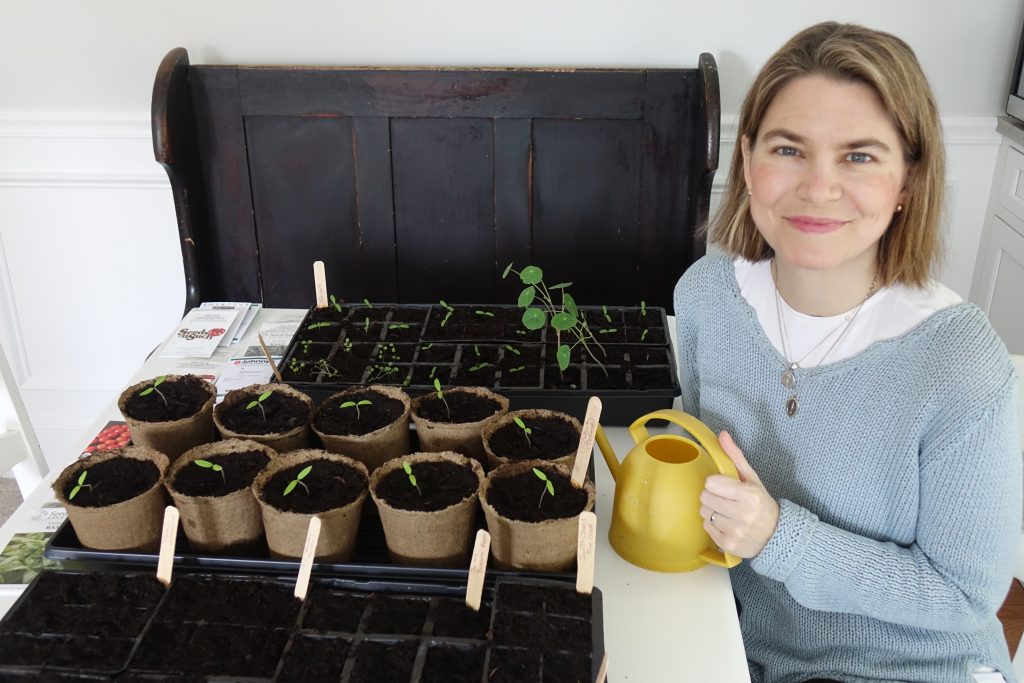 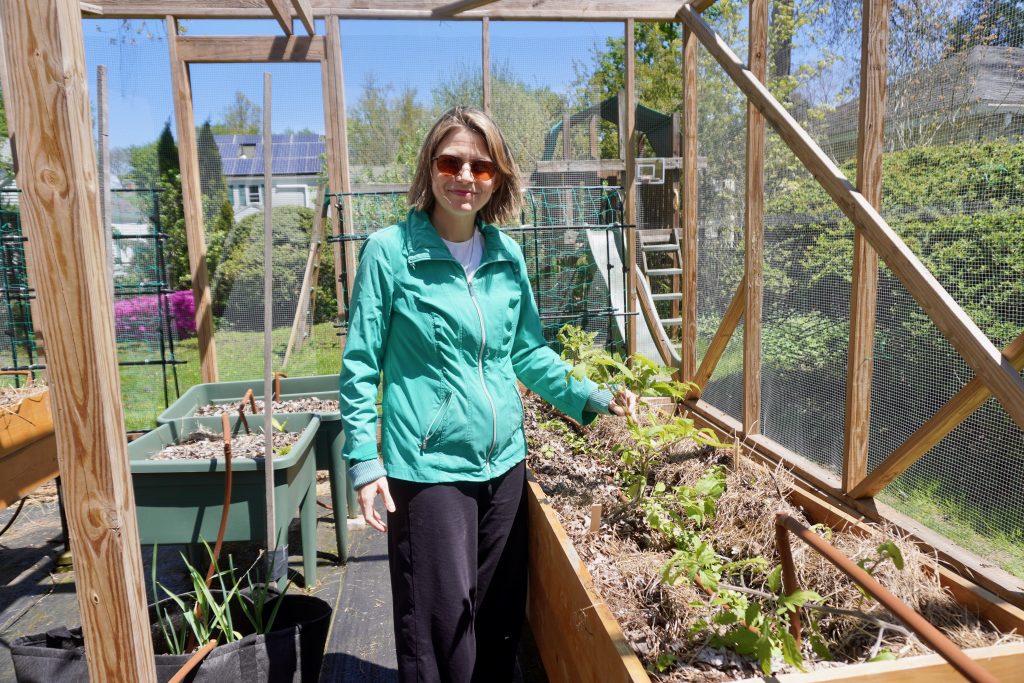 Raised beds and a drip system are helpful to Blythe Kaufman, who has trouble bending over to garden. Photo credit: Ronni Newton 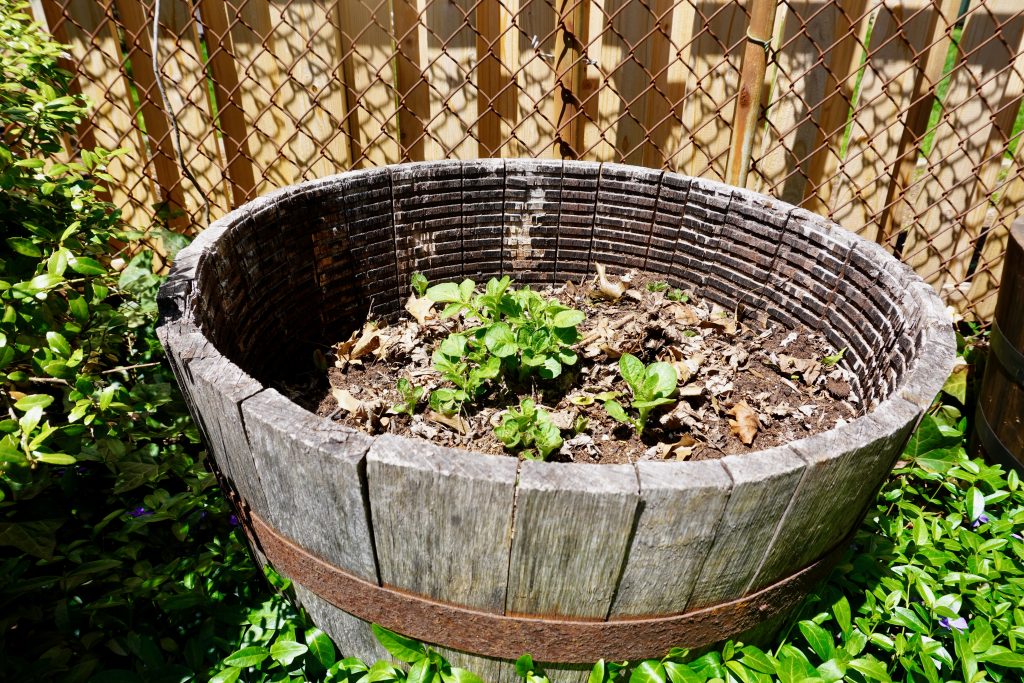 A version of this story originally appeared in the June 2022 issue of West Hartford LIFE.