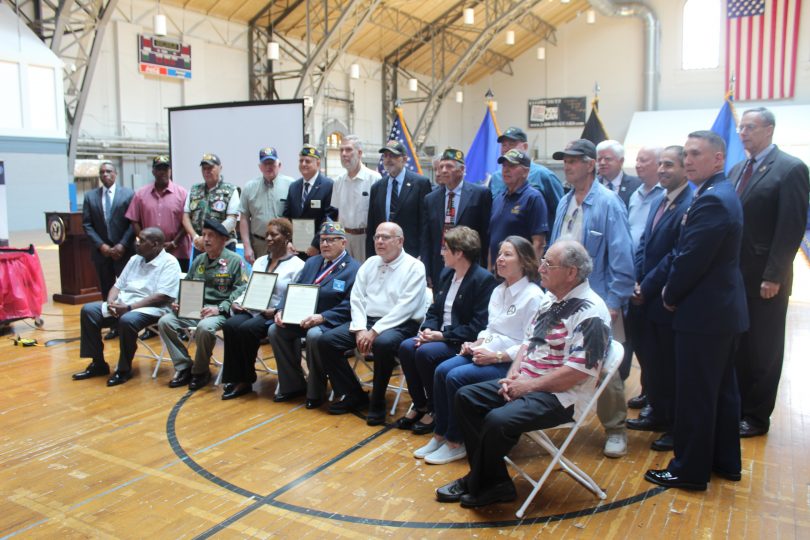 Berisford Lewis and Gary Mcbride, both U.S. Army veterans, were among the honorees.

Larson’s office is a commemorative partner of the United States of America Vietnam War Commemoration, which has the objective of thanking, recognizing, and honoring veterans who served from Nov. 1, 1955-May 15, 1975.

“When Vietnam veterans returned home, they did not receive the ‘welcome home’ they deserved,” Larson said in a statement. “These brave women and men sacrificed so much their country. More than 58,000 of their sisters and brothers never returned home. There are still far too many who are unaccounted for, either missing in action or prisoners of war. Our Vietnam Veterans still live with the consequences of what was one of America’s longest wars, yet they have gone out of their way to ensure that generations of veterans who fought after them receive they dignity and respect they deserve. I am glad we were able to provide 34 of these heroes with a proper ‘thank you’ today.”