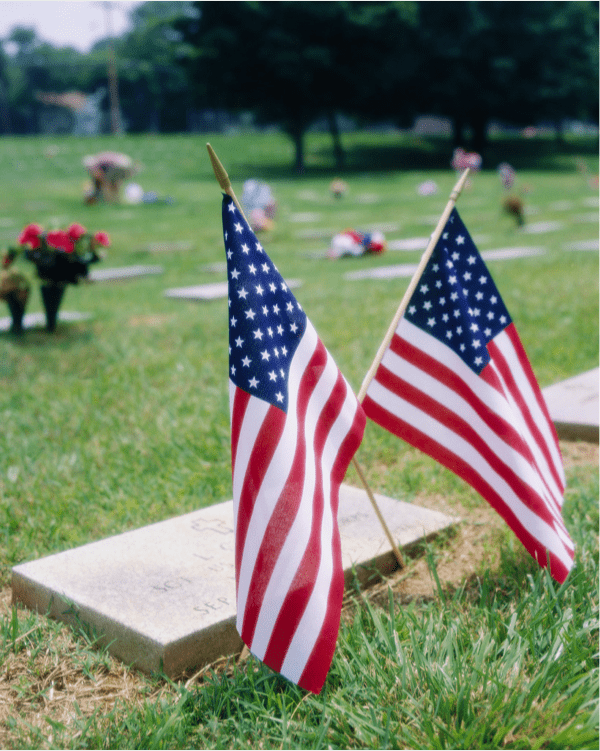 Veteran’s Day is Nov. 11, and to honor all of the veterans buried in West Hartford’s Fairview Cemetery, flags will be placed on their graves on Nov. 8, 2014. 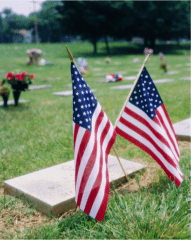 Denise Berard Hall is asking the community to volunteer to place flags on the graves of all veterans buried at Fairview Cemetery in West Hartford, in honor of their service to the United States. Hall has been involved with the flag planting for several decades, but on this Veteran’s Day, she and her husband Tom are doing it without Hall’s father present. Jean Paul Berard passed away in January 2014.

“For as long as I can remember – well over 30 years – my Dad, with Mom’s help, would organize volunteers to help place the flags on Memorial and Veterans Day. It was where all his community volunteerism focus intersected,” Hall said.

“As a veteran himself, he wanted to show respect for those who served and died fighting. As head of the Sedgwick Service Club, he wanted to teach his students about being good citizens and giving of themselves in the community. And as the coordinator of the Youth Group at St. Peter Claver Church, the kids learned all about working together in an inclusive way with other kids with very different skills and interests to achieve great things,” said Hall.

Hall believes that her father was a great teacher, and inspired his students to develop skills through the Fairview Cemetery project that they could use in other projects and throughout life.

“I guess I must have learned something along the way, and I was so happy when my husband Tom said, ‘This is our project now,’ when Dad became too ill to continue,” said Hall.

Denise and Tom Hall took over the leadership of the flag planting last year, but Berard was still very much a part of it.

“Last Veterans Day, my brother drove Dad through the cemetery and Dad commented, (with a little chagrin), how smoothly everything was going. I told him that was a mark of a great teacher, someone who had taught us all well so that we could carry on. And with a little help from all the wonderful volunteers, we will,” Hall said.

This year’s flag planting will take place on Saturday, Nov. 8, 2014, at 8:30 a.m., at Fairview Cemetery on Pleasant Street in West Hartford. All volunteers are welcome.

Hall also asks anyone who has a relative or friend buried at Fairview whose grave is not properly identified as that of a veteran to contact the cemetery office at 860-561-8136 so that a flag can be planted there.

If you have questions or need additional information, contact Tom or Denise Hall at 860-521-7654.