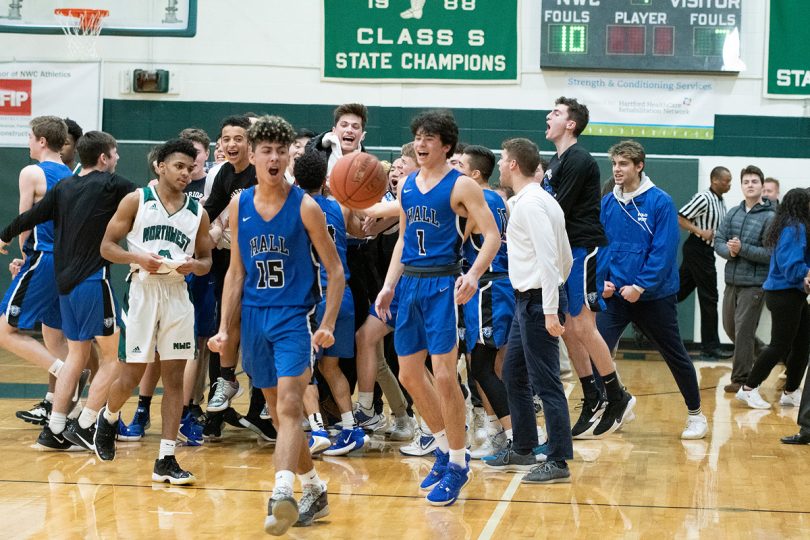 Hall earns a signature win over Northwest Catholic to put a stamp on a tough season and split the series between the two West Hartford schools. 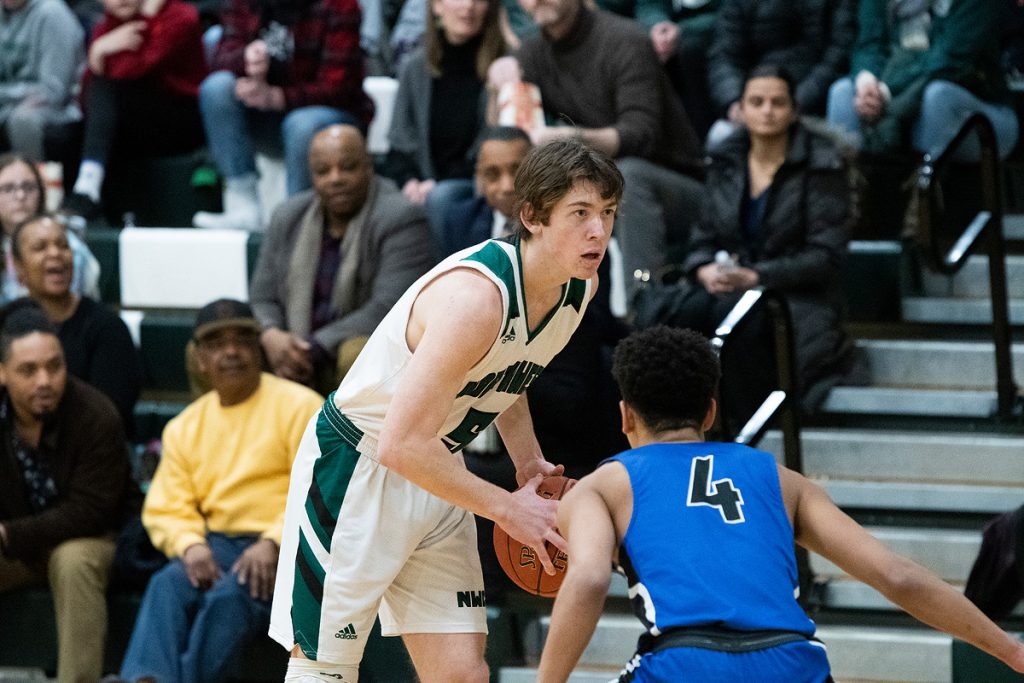 Matt Walker’s confidence might have been the only thing more impressive than his performance against one of the top teams in the state.

The senior led Hall (4-13) with 27 points, attacking the rim against a lengthy Northwest Catholic (14-3) squad to spark a 63-61 upset victory Friday night in West Hartford.

🎥: @mattwalker_4 getting to the basket at the end of the third, as he did seemingly all night. #WeHa #ctbb https://t.co/VEOL1E2kXv pic.twitter.com/NeQlSCu3Tc

Separated by 11 wins entering the night, Walker said there weren’t many in the gym who expected the Warriors to beat the Lions.

“A lot of people were sleeping on us,” he said. “A lot of people came in expecting us to lose this game. We were the only ones in the gym who thought we could win. That’s all it really takes. [We] believed in ourselves, and we came out with the dub.”

Tied at 61 with 4.6 seconds left, Makyle Ramos made a pair of free throws to put Hall ahead by two. The Lions failed to get a shot off on the ensuing possession, as a near full-court inbounds pass to Guy Ragland Jr. was overthrown, and the Warriors took control with one second left to seal the victory.

Matt Curtis, who scored a game-high 35 points, drew the Lions closer as he heated up in the fourth quarter. Curtis willed the Lions back scoring relentlessly from inside and long range. He made three-pointers on back-to-back possessions with under 40 seconds left. His final shot – a 3-pointer with 18 seconds remaining – tied the game at 61.

While wins have been scarce for the Warriors, defeating Northwest Catholic put a stamp on the season with three games remaining.

“This is just fantastic,” said Hall head coach Bryan Moretti. “It’s a fantastic win by a bunch of good kids. It’s been great. It makes our season, obviously.”

Moretti said facing Norwich Free Academy – another one of the state’s top teams – Thursday night helped the Warriors prepare for the Lions.

“We played NFA last night and they’re pretty good, and we didn’t play well,” he said. “We played real tight the whole game, pretty much the whole game, so I think that helped us a little bit coming into this because they’re obviously a really good team, too. But I think last night helped us for tonight to loosen up, and I thought we played loose. We don’t have anything to lose.”

Northwest Catholic took an 8-5 lead midway through the first quarter, but Hall made four of the next five baskets to go up 13-10 entering the second.

The Lions went on a 6-0 run to start the second quarter. Curtis completed a 4-point play with 3:34 left in the half to spark a 7-0 run for Northwest Catholic.

Trailing 30-24 late in the second quarter, Walker made three free throws after he was fouled on a last-second shot to make it a one-possession game at the break.

Will Fox joined Walker in double figures with 20 points for Hall, including 12 from beyond the arc. Hayden Abdullah and Ragland Jr. scored 11 each for Northwest Catholic.

“We’ve been going through a little tough stretch,” said Mirabello. “We haven’t been playing very well. … That happens, though, in a season. We’ve been playing teams that have been playing really, really well. All the credit – 100 percent of the credit – goes to Hall, not to what we did or didn’t do. You gotta give them credit. That’s kinda how I’m taking this. This is more about them than us.”

With three regular-season games left, starting with a trip to Newington (6-11) Wednesday night, Mirabello’s focus is on improving for the postseason.

“The kids will show up and we’ll get better,” he said. “We can only get better from here. … We’ll get excited about that. Like I said, we’ve got a lot to play for. It’s not over. That’s the beautiful thing.”

Hall will travel to Rocky Hill (4-13) Tuesday night intent on winning out to finish the season. 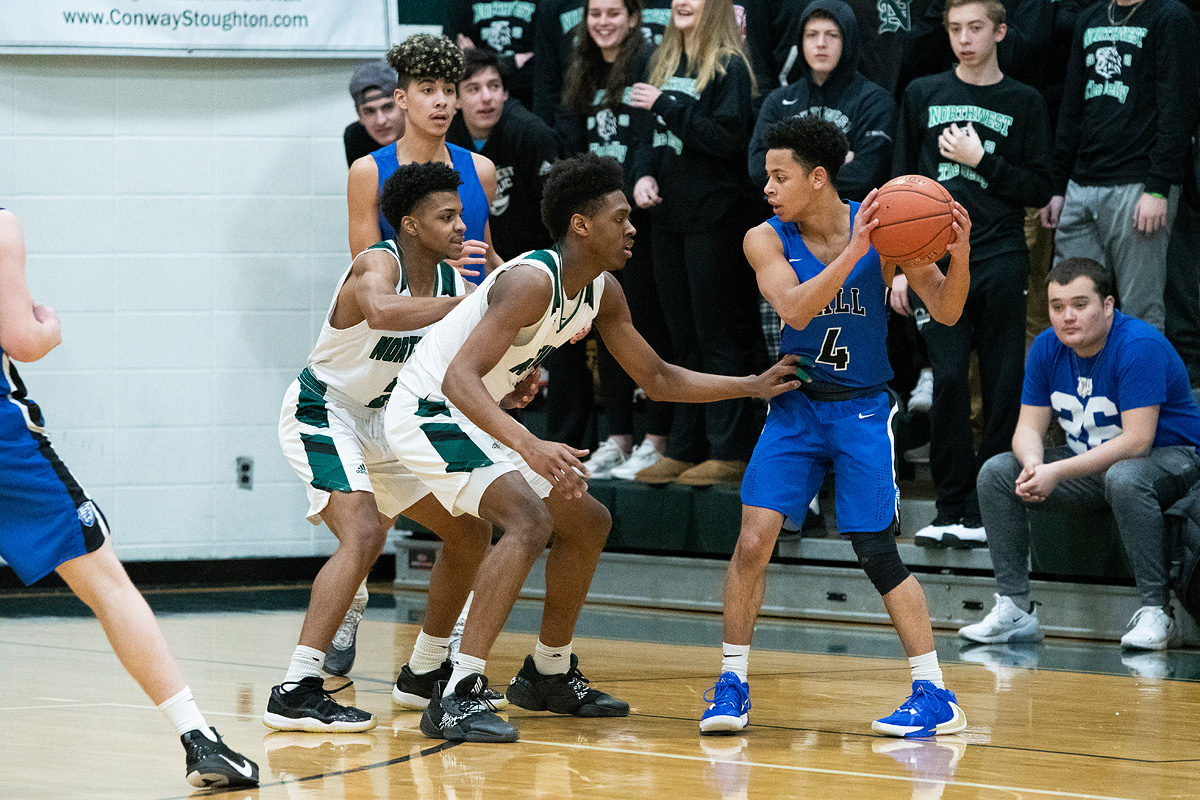 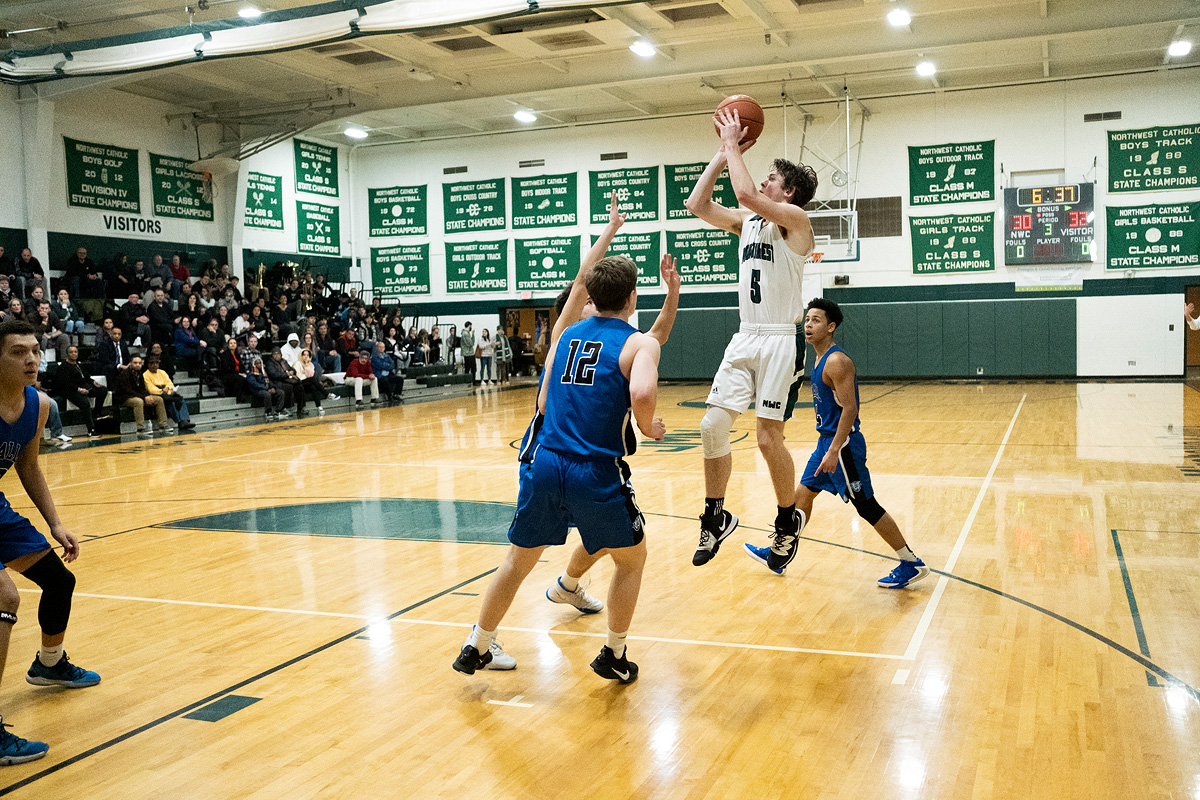 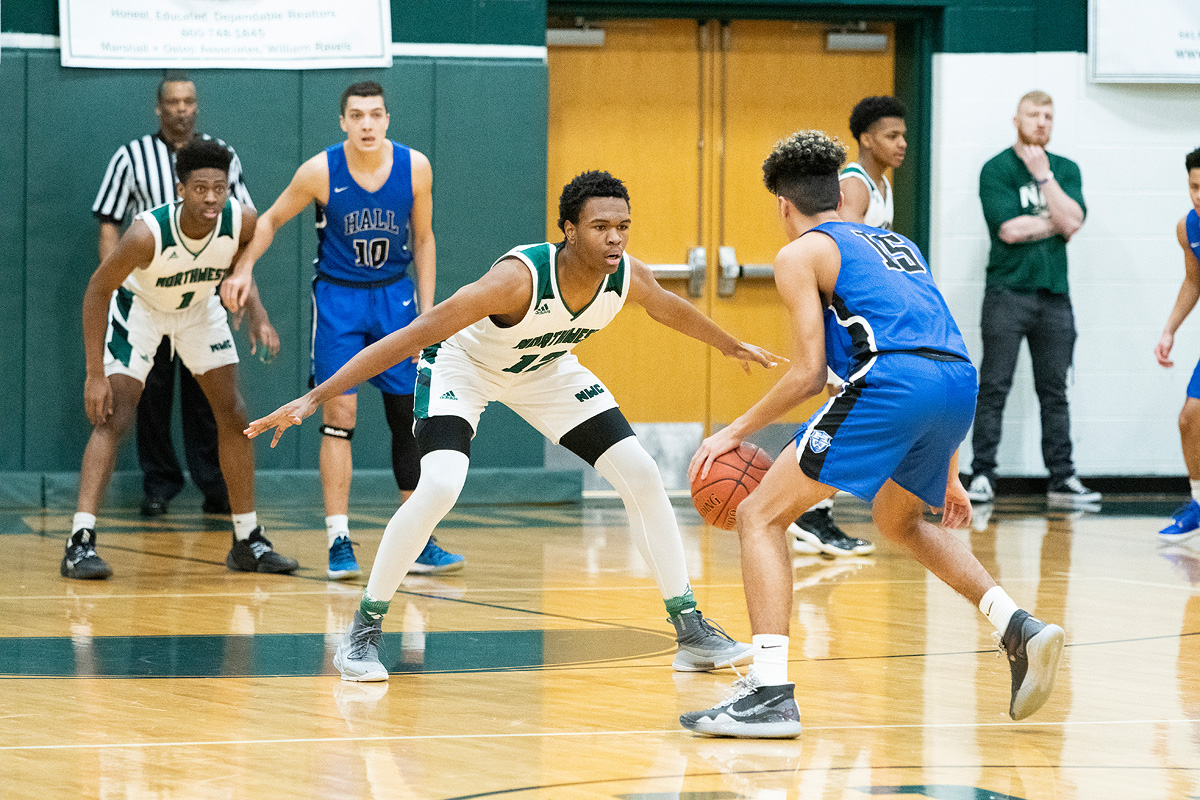