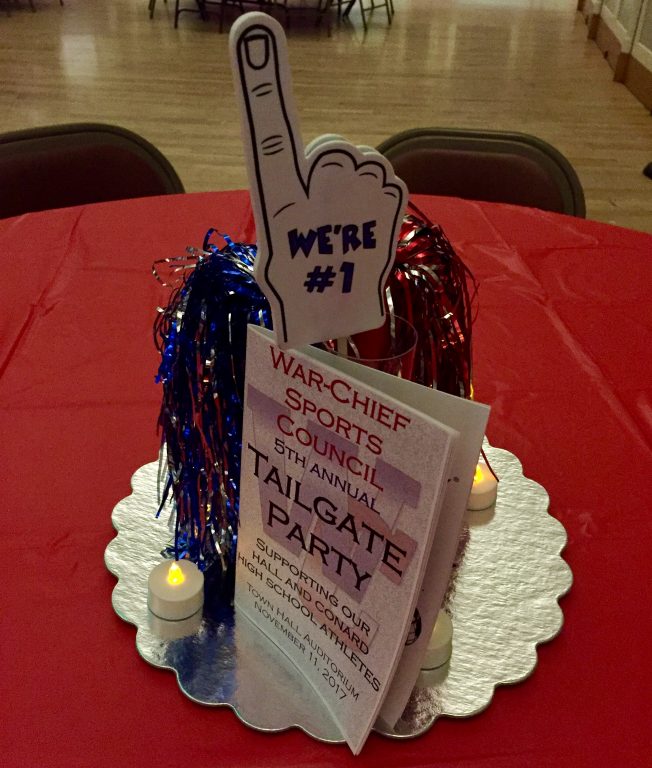 Supporters of athletics at both Conard and Hall high schools will gather on Oct. 27, and although some may be decked out in their favorite team’s red while others will be wearing blue, the annual War Chief Fall Classic is dedicated to what can be done working together as one team.

The War Chief Booster Club – which was formerly called the War-Chief Sports Council – is dedicated to support of student athletics at both Conard and Hall High Schools.

This year’s Fall Classic, the sixth annual fundraiser for the group, will be a fun and casual outing with a tailgate atmosphere, including lawn games.

Food at this year’s event, which will be held at West Hartford Town Hall on Saturday, Oct. 27, from 6:30-10:30 p.m., will be catered by Beachland Tavern, and wine and beer will also be served. There will be DJ entertainment, and giant Jenga and cornhole games will be set up for guests to enjoy.

The War Chief Booster Club is a 501(c)(3) organization was originally founded in 2014 to continue the townwide cooperative efforts that the Hall and Conard community put together in the “Unite for Light” campaign, where $250,000 was raised to cover the town’s costs to light the stadiums at the high schools. The board has representation from both schools, and continues to work together to enhance the experience for West Hartford student-athletes by augmenting what the Board of Education’s budget cannot cover. Money raised is shared equally between Conard and Hall.

According to War Chief Booster Club co-presidents Sandy LaBranch (Conard) and Carolyn Martindale (Hall), this year’s funds will be used to expand the scope of Hudl to more programs, which is a software program available to all coaches that can be used be used for game film, analysis, recruiting, and more.

Past year’s events have also funded Hudl, out-of-state meet expenses for the cross country teams, and the purchase of padded chairs for indoor sports like basketball and volleyball.

For the third year in a row, the Booster Club will also honor a coach of the year from each high school – nominated by other coaches with the final selection made by the high school principals and Athletic Director Jason Siegal. The winners will be announced at the Fall Classic.

In 2017, coach of the year honors were awarded to Jeff Billing of Hall High School and Eddie Litos of Conard High School. In 2016, awards were given to Jim Solomon of Hall and Rob Cersosimo of Conard.

Tickets to the Fall Classic are $50 per person. Tickets for coaches and their spouses are $20 per person. 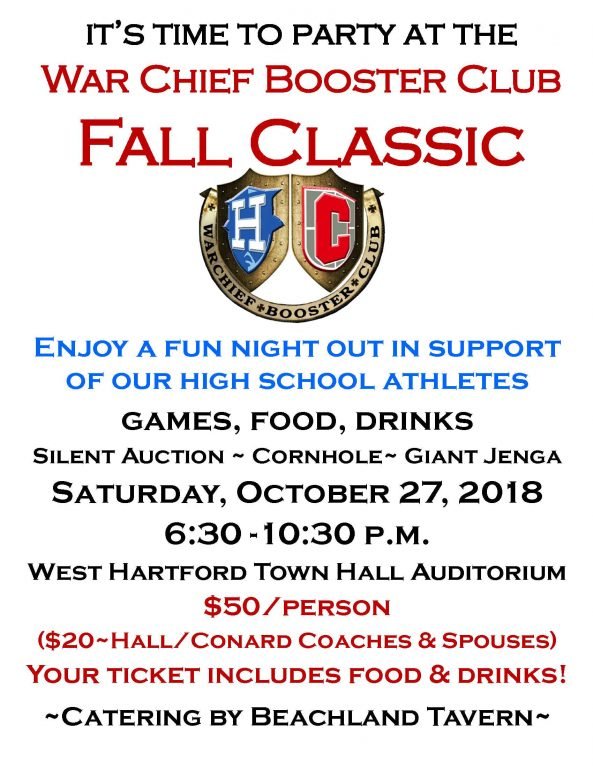