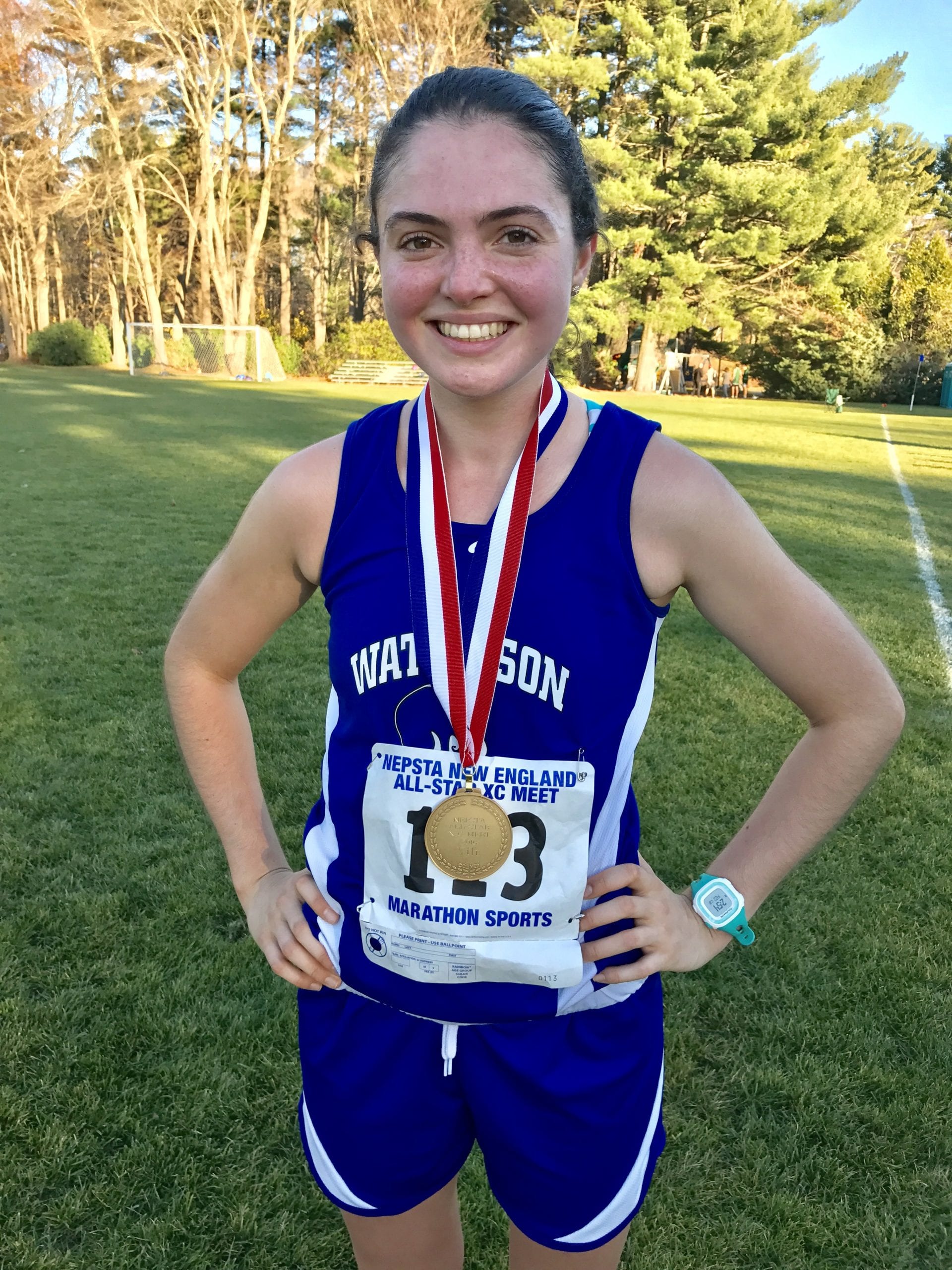 Bonnie Wilder of West Hartford won a New England championship title as a member of the Watkinson cross country team. 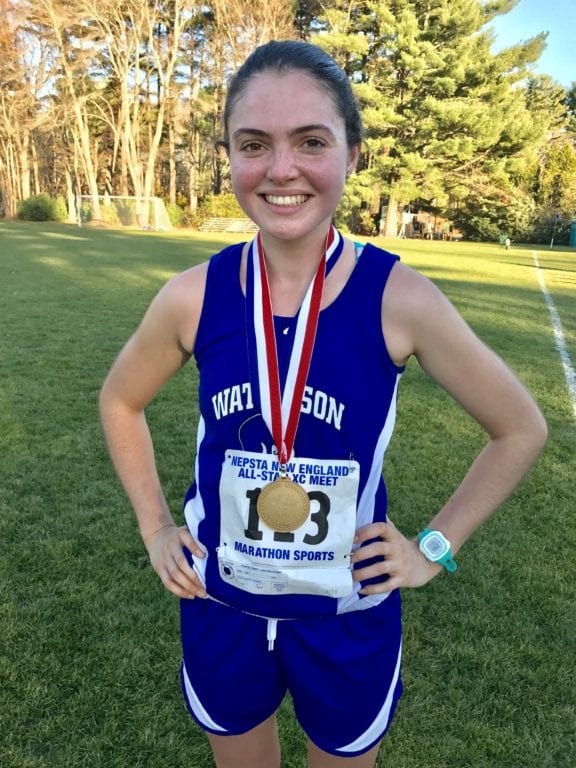 Wilder, a co-caption of the Watkinson cross country team, won the Cross Country Championship race at the Hyde School in Bath, ME, on Nov. 12. She made Watkinson school history as the first ever to win this prestigious New England race.

Additionally, on Nov. 19, Wilder placed seventh in the All New England All Stars 5K, a very competitive and fast race, with a finishing time of 20:00.

Watkinson’s cross country coach Jake Koteen said, “Bonnie won almost every race she ran this season, and many of them she won by a lot. Often times she’d come in two to three minutes ahead of the second place runner. At our meet vs Kingswood Oxford not only did she beat all the girls, but she beat all the boys as well. At the end of the season, Bonnie racked up the medals by winning both the HVAL and CISAC Championships and did something no Watkinson runner has done – she placed first at our New England Championship. Because she placed in the top 20 at our division 4 championships, Bonnie was invited to run in this “All Star” best of the best meet. This meet featured all of the top 20 girls from divisions 1 to 4. Bonnie ran her heart out and surprised everyone including herself, by winning a medal and placing seventh overall finishing only 30 seconds behind the overall winner.”