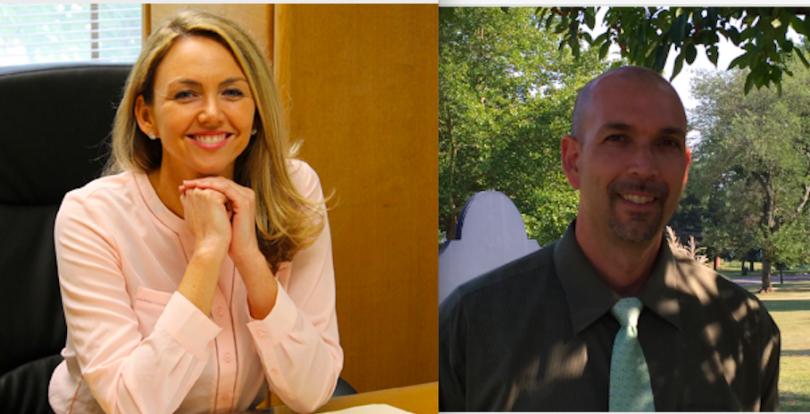 Superintendent of Schools Tom Moore announced Friday that Melissa Behrens has been named principal at Webster Hill with the transfer of Jeff Wallowitz to a Central Office position.

West Hartford Public Schools is poised to undertake a critical new initiative, and one of the town’s elementary school principals has been tapped to lead the efforts for the primary grades.

Melissa Behrens has been appointed principal of Webster Hill, and will assume her new role on Aug. 12, Moore said.

In a letter to Webster Hill families Friday, Moore said the district will be undertaking a major initiative over the next three years “to make computer programming and coding a core part of every child’s learning, from pre-k to graduation.  This will ensure that every graduate is prepared to contribute to and thrive in the world that they are entering. West Hartford will be a national leader in this endeavor.”

The first year will involve study and curriculum development, Moore said, and Wallowitz will be working as part of a Central Office team that includes Brian Cohen, supervisor of technical education for the middle and high schools.

“Jeff is our most senior [elementary school] principal,” Moore told We-Ha.com. “He knows the elementary school curriculum so well and he has a keen eye for where things will fit.”

Wallowitz has been principal at Webster Hill for 11 years, and Moore said he appreciates “his willingness and excitement to take on this new, important challenge and critical role.”

Behrens, currently an assistant principal at Sedgwick Middle School, served as interim principal at Bugbee this past year while Bugbee Principal Kelly Brouse was on maternity leave.

Behrens, who has a bachelors from Trinity College, a master’s in elementary education from the University of Saint Joseph, and a sixth year certificate in educational leadership from Sacred Heart University, joined the district as a teacher at Smith STEM in 2004.

She’s truly returning to her roots with the Webster Hill position, Moore said, because it’s the elementary school that the West Hartford native, and her siblings, attended.

“She clearly demonstrated the intelligence, empathy and commitment to children that makes her the perfect candidate to be principal of Webster Hill Elementary School. What makes this extra special for Melissa is that she herself attended Webster Hill, she loves the school and community, and is deeply committed to the success of all children there,” Moore wrote in his letter.

Moore said he plans to elaborate more about the coding initiative in his convocation address on Aug. 26, but noted that it’s something that the executive team has identified as a future educational need, and an area where there is a gap in fully preparing West Hartford Public Schools graduates for college and career readiness.

Moore said he typically meets with several Conard and Hall graduates after they finish a year of college, and asks how prepared they feel they were for higher education, and what they feel their most difficult college courses turned out to be. The past two years, courses involving coding were noted.

While the district is among the top three in the state for students taking AP Computer Science, most of those students have an interest in the tech field.

“Coding comes up in other courses,” Moore said, noting that students majoring in finance, political science, neuroscience, and engineering all told him they wished they had taken AP Computer Science in high school.

“If I’m not responding, as superintendent I’m not doing my job,” Moore said.

Elementary schools now participate in a day of coding, but it needs to be incorporated more into the curriculum.

“We want to roll this out, not fast, but well,” Moore said of the coding curriculum.