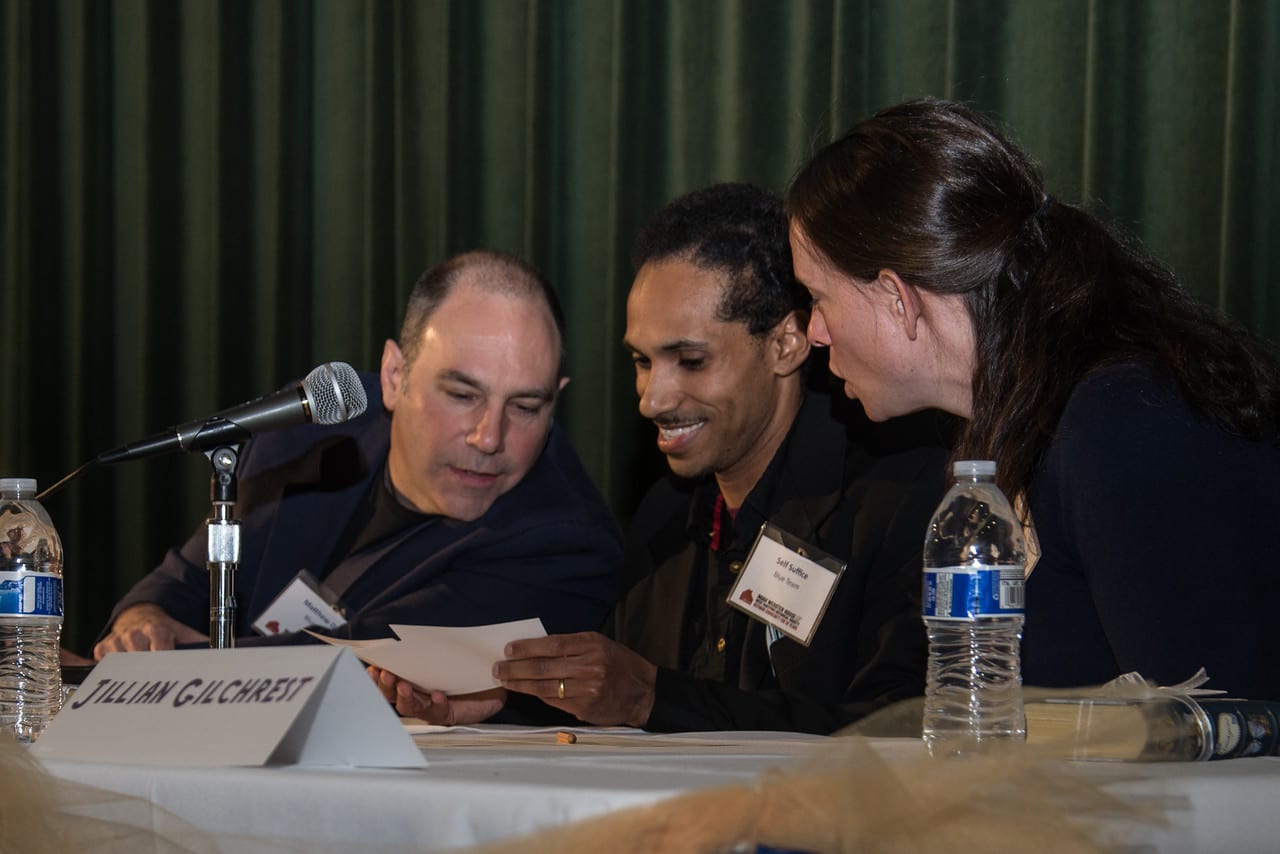 The fundraiser for West Hartford’s Noah Webster House was a great success.

What famous neurospast spent time in a whale with his cricket friend?

The attendees of the sixth annual “Webster’s War of the Word”s can tell you: a neurospast is a puppet, and the answer to the question is, of course, Pinocchio!

On Friday, April 24, 2015, the Noah Webster House & West Hartford Historical Society held its fun and engaging celebrity game show fundraiser, Webster’s War of the Words. The event, held at West Hartford’s Town Hall, drew an audience of 200 from the Greater Hartford area and raised more than $25,000 to help the museum fulfill its educational mission. 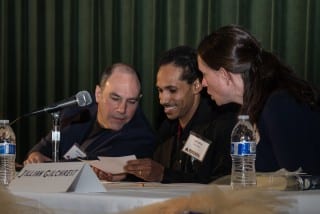 NBC Connecticut’s Brad Drazen emceed the event that included dinner by Rizzuto’s, silent and live auction items by local establishments, music by the Hall High Jazz Combo, and the highlight of the night: the Webster’s War of the Words game show. 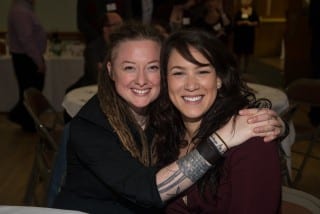 This year, the “studio” audience was pleasantly surprised when they were asked to participate in some of the game show rounds.  Also new this year, each team was given two opportunities to “Ask the Audience” for help, as well as one “Ask Arjun!” card. Arjun Jagjivan is a West Hartford eighth grader who made it to the semi-final round of the Scripp’s National Spelling Bee this May. He was called upon by both teams, once to spell “lardaceous” and once to spell “sacchariferous,” which he did flawlessly.

“We was robbed,” said Blue Team member Matthew Dicks facetiously. When asked if a rematch was in order, the RapOet Self Suffice responded “Let’s GO!” These celebrities could have their wish granted: the date for next year’s Webster’s War of the Words has already been set for Friday, April 29, 2016.

In addition to raising funds for the museum’s mission, about $1,000 was raised as part of a “Buy a Letter, Sponsor a Child” campaign. Each $20 donation allows a 5th grade student from a West Hartford Title I school to come to the museum for an exciting educational experience. Donors chose a letter of the alphabet to have framed as a thank you gift. The artwork was created by Pamela Levy for an “A-Z” exhibit of West Hartford. If you are interested in donating to this fund, please call the museum at 860-521-5362 x10.

Webster’s War of the Words was sponsored by Sky Investment Group and co-sponsored by Reid and Riege P.C.  Giving at the Lexicographer level were The McAuley, Tsunami Tsolutions, CNG, and Ziegler. Visit https://www.noahwebsterhouse.org/join/war-of-words.htm for a complete list of sponsors and donors.

The Noah Webster House & West Hartford Historical Society is located in the restored birthplace and childhood home of Noah Webster. Webster was a national figure known not only for the first American dictionary and the Blue-Backed Speller, but also for being a federalist, an abolitionist and a cofounder of Amherst College. The historic house and exhibit spaces are open daily 1 until 4 p.m. Thursday through Monday. For information on the museum’s extensive school and public programs, please visit us at www.noahwebsterhouse.org or call (860) 521-5362.