Tom Hickey of 20/20 Media stands amid the WEHA Bear Fair bears prior to the artists beginning their work. Courtesy photo

Artists have completed their work and the bears are nearly ready to be placed on display. 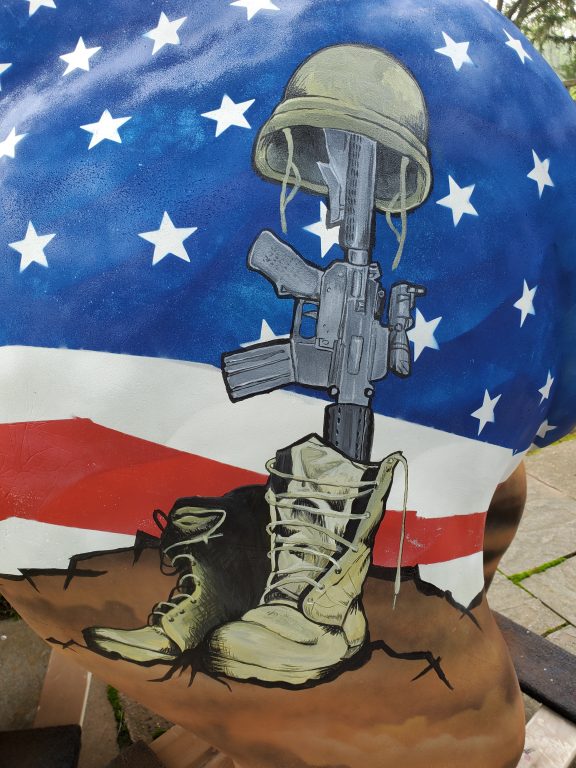 Bears are regularly spotted roaming the streets of West Hartford, but a new breed of bear – the artfully-decorated type – is about to make its presence known.

The 2021 WEHA Bear Fair is nearly ready for its next phase, which includes revealing the painted bears and the launch of the fundraising portion of the event.

“You can feel the excitement building throughout the entire town of West Hartford, said Tom Hickey, president of 20/20Media, the Hartford-based media and marketing company that is producing what promises to be this year’s blockbuster fun and FUNdraising event. “The anticipation is palpable,” he said. 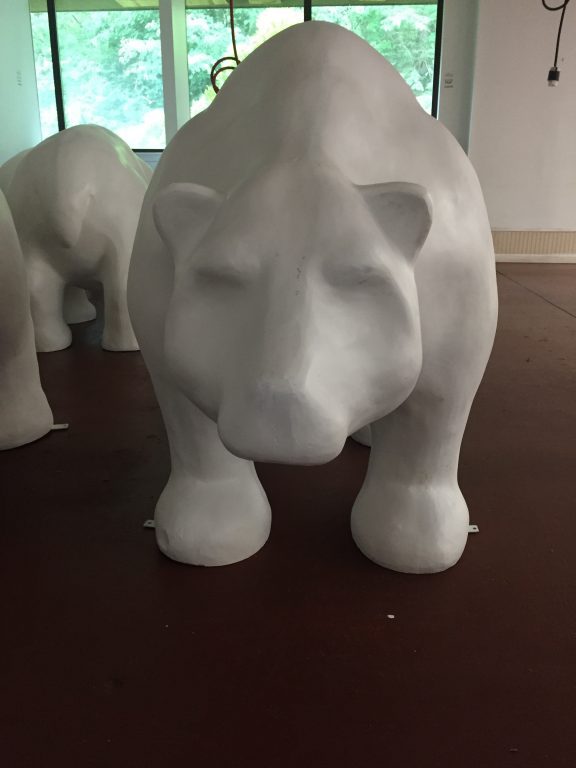 The bears remain in hibernation at Daley Moving and Storage’s warehouse in Torrington, where protective sealant is being applied and must cure properly for the designs to withstand the outdoor weather and attention they will be getting from the public. What Hickey is calling “The Big WEHA Bear Fair Reveal” is scheduled for Tuesday Aug. 31, from 4:30-6 p.m., at Webster Walk, 20 South Main St., West Hartford.The unveiling itself will take place at 5 p.m. sharp.

“We’re excited to invite the public to view our one dozen beautifully painted bears, each one individually designed and decorated by a talented local artist,” Hickey said.

The Bear Fair – a similar concept to the Cow Parade that visited West Hartford in 2003 and 2007 – is a community-wide fundraiser.

Each bear has been sponsored by local businesses and/or individuals, and each has selected an artist to design the bear, as well as a nonprofit organization which will benefit from proceeds raised by visitors to the WEHA Bear Fair.

Each bear will have a unique QR code attached to it with information about the artwork and the nonprofit, and those who come to view the bear will be able to make a donation directly from their smartphone, 100% of which will go directly to that charity.

Other than a few close-ups of portions of bears, only the images of the “naked” bears are being released at this time, with organizers hoping to keep the designs a closely-held secret until the actual reveal on Aug. 31. Details about the artists themselves, the nonprofit beneficiaries, and the sponsors – along with the opportunity to donate – is already available on the event section of the 20/20 Media website. 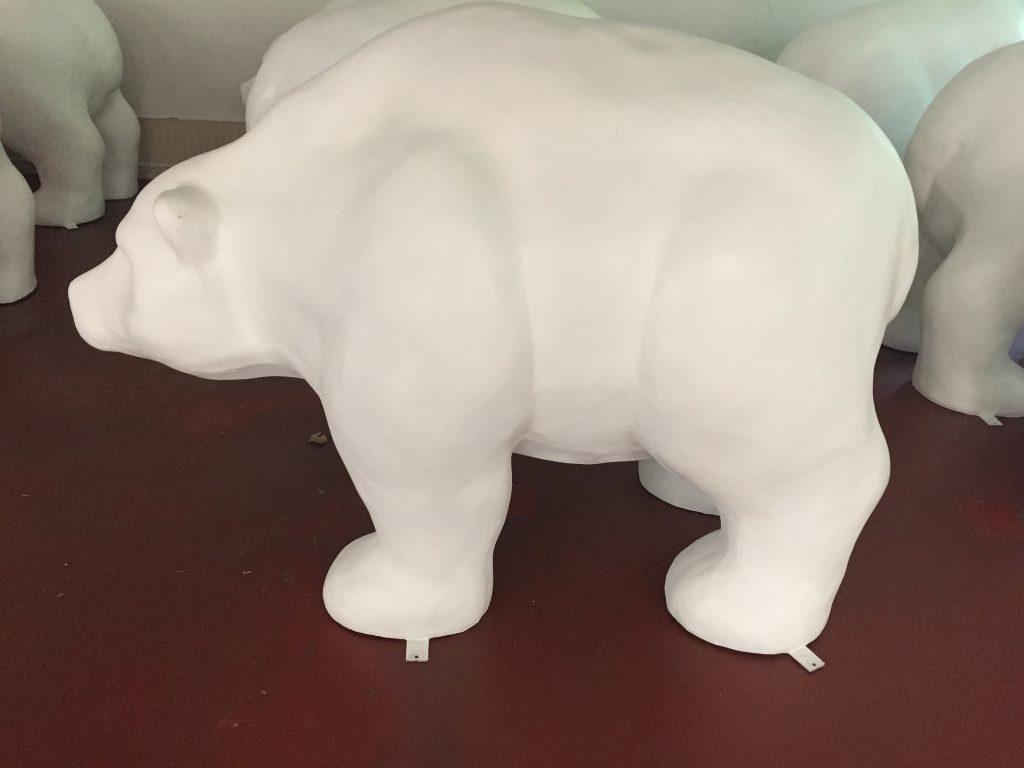 Naked bear, before an artist customizes it for the sponsor and nonprofit

The bears will remain on display near the Noah Webster statue on South Main Street through Oct. 29, 2021. Plans are for them to be relocated to a space, to be announced, where they can congregate indoors before lumbering off to their long-term dens chosen by the sponsors.

The Bear Fair sponsors, along with their designated non-profits and the artists designing their bears, include: