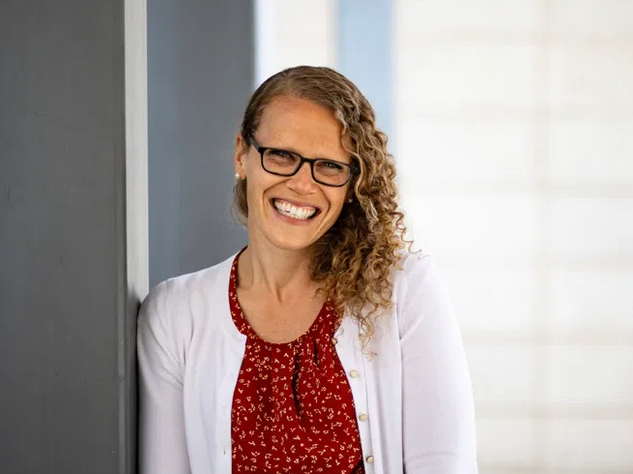 Chelsea Smith was announced as the 2021 Teacher of the Year at the June 1 Board of Education meeting.

Each Teacher of the Year nominee undergoes a three-round process, which was a mix of online and in-person this year. It includes submission of an essay and resume, a videotaped lesson, and an interview. A committee of about 25 people then votes to determine the winner.

Smith has taught at West Hartford Public Schools since 2007. She is currently a Language Arts teacher at Bristow Middle School, and has also taught Social Studies there.

“Especially in this year when we’re all trying harder than we ever have before … I feel like the entire district deserves it,” Smith said in a phone interview.

She is teaching one remote and four hybrid classes this year. Smith believes she earned the nomination for tirelessly working with her remote class, which turned out to be particularly challenging.

“I was really willing to go to all lengths – to the ends of the earth – to figure out something that would engage them. That included putting on a purple wig and creating a weird accent to get them to laugh. And it worked!” It was a challenging year for almost all educators, and it forced Smith to be creative and to work harder than she has in her entire career.

She says wore the purple wig during her interview, and jokingly cited that as the reason she won.

The news was announced to Smith during a Google Meet. Her daughter and boyfriend joined her in the room off camera, and her parents and sister joined the meeting remotely.

“It was a very exciting, very surreal moment,” she said. “Even now, it doesn’t quite feel real.”

In addition to teaching, Smith has served on a number of committees. These include the middle school representative to the Curriculum and Instruction Reopening Committee, SRBI/Safe School Climate Committee, Stipend Committee, Scheduling Committee, and Principal’s Advisory Committee.

Smith attended University of Buffalo for her Bachelor’s and Master’s degrees, and received her 092 Certification in educational leadership from Sacred Heart University.

Smith was chosen from among three Teacher of the Year finalists, who also included Matthew West and Lara White.