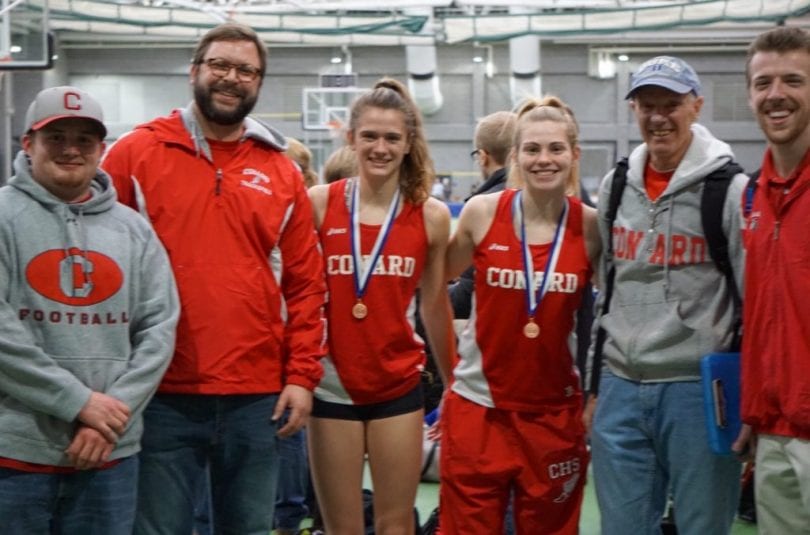 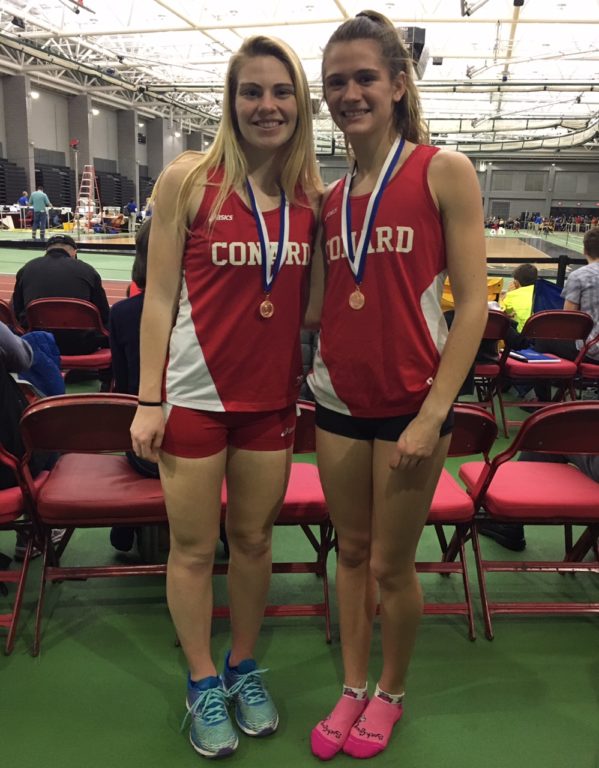 The top six finishers in each event at the Indoor Track and Field State Open qualify for the New England Championships, and a number of West Hartford athletes performed at that level in the meet held Monday, Feb. 20, 2017, at the Floyd Little Athletic Center in New Haven.

Teammate Gwen Geisler, a senior, came in sixth in the girls 1600m, running a personal best 5:16.60 and finishing in sixth place.

Three relay teams from Hall competed in the State Open along with a number of individual athletes.

The boys 4×800 relay team of Cole Canarie, Miller Anderson, Muhammad Ali, and Patrick Cassidy came in fourth, qualifying for the New England Championships with a time of 8:16.41.

Hall head track and field coach Scott Sampietro said that the relay team qualified despite some difficulties transferring the baton between the leadoff and second runner, initially dropping the team from fourth position to eighth. The final three runners were able to make up time and finish the race in fourth place.

Sampietro said that Julia Silverman equalled her season best 5’2″ in the high jump, but just missed finishing in the top six.

The New England Championships are scheduled for Saturday, March 4, 2017, at the Reggie Lewis Center in Boston. 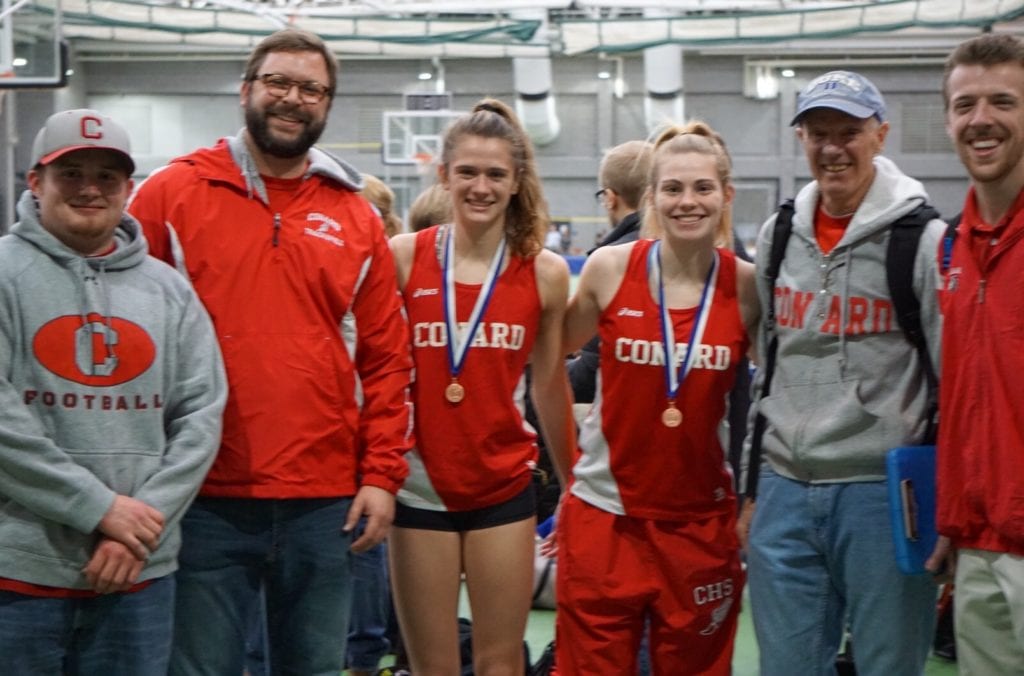