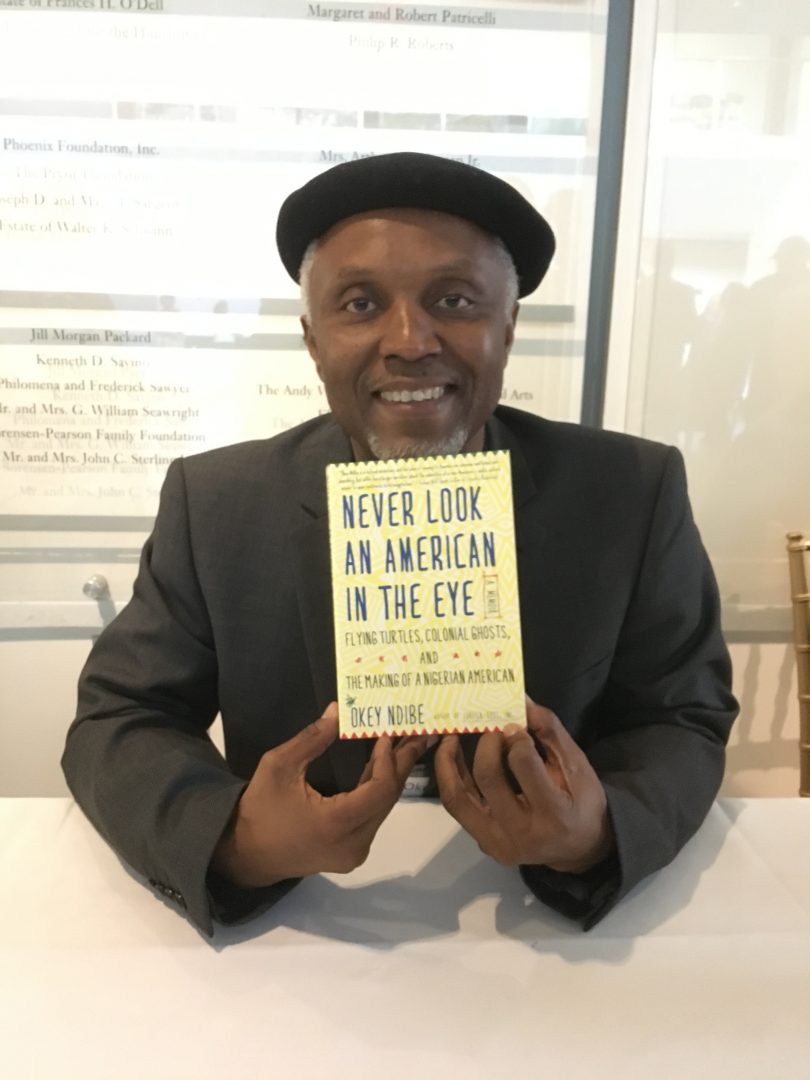 Okey Ndibe’s ‘Never Look An American in the Eye’ was selected from the finalists.

West Hartford author Okey Ndibe was awarded the Connecticut Center for the Book 2017 Connecticut Book Award for Non-Fiction at an awards ceremony Sunday at the Mark Twain House & Museum in Hartford. Awards were presented from among finalists in Fiction, Non-Fiction, Poetry and Young readers. 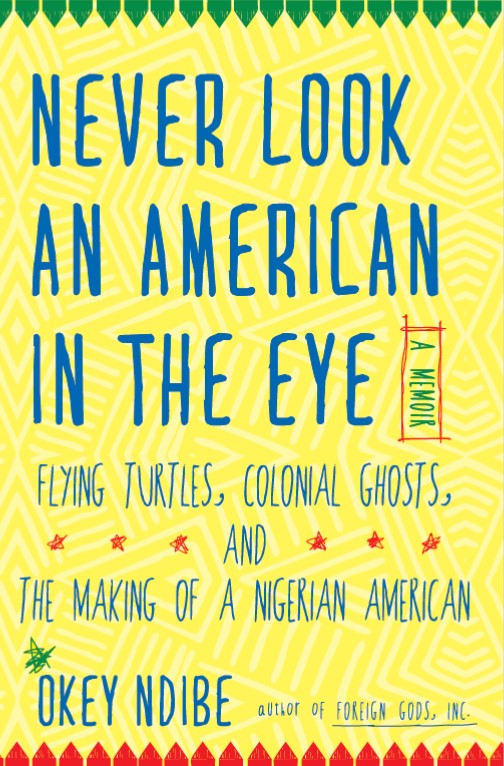 One hundred nine titles were submitted as candidates for the Book Awards between Jan. 1 and April 19, 2017, and after review against the guidelines, 100 titles were admitted into the judging process. Books published in 2016 were eligible for the awards.

Each category had five judges with expertise in the literary arts. They reviewed the titles over three months using criteria appropriate to the category. Seventeen titles made it to the finalist list. Nominated authors must currently reside in Connecticut and must have lived in the state at least three successive years or have been born in the state, or the book must be substantially set in Connecticut.

In accepting the award, Ndibe said that “literature is central to what binds us together as a community.” His wife and daughter were in attendance in the filled auditorium for the awards presentation.

Ndibe’s funny, charming, and penetrating memoir tells of his move from Nigeria to America, where he came to edit the influential – but perpetually cash-strapped – African Commentary magazine. It recounts stories of Ndibe’s relationships with Chinua Achebe, Wole Soyinka, and other luminaries; and examines the differences between Nigerian and American etiquette and politics.

The volume also recalls an incident of racial profiling just 13 days after he arrived in the U.S., in which he was mistaken for a bank robber; considers American stereotypes about Africa (and vice-versa); and juxtaposes African folk tales with Wall Street.

Ndibe has taught at Brown University, Connecticut College, Simon’s Rock College, Trinity College, and the University of Lagos (as a Fulbright scholar). He is the author of two previous novels, Arrows of Rain and Foreign Gods, Inc., and his award-winning journalism has appeared in The New York Times, The Guardian, and the Hartford Courant. Ndibe’s website is http://okeyndibe.com/

The nominated books for the 2017 Connecticut Book Awards, by category: