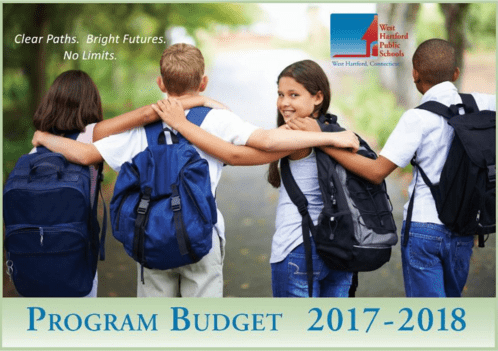 The $300,000 cut to the school budget made when the West Hartford Town Council approved its $285.4 million budget last week is going to be a priority issue for the Board of Education to consider over the next several weeks.

The Town Council, which is unable to make decisions on specific programs in the schools, made its cut as a line item. The Board now has the directive to determine where the $300,000 reduction will be applied.

Vice Chair Cheryl Greenberg made the following statement at Tuesday night’s Board of Education meeting:

“We have already cut $2.5 million from the school budget, which includes the elimination of 16 positions in the schools as well as cuts to programs strongly supported by the community. Meanwhile, we have just learned that West Hartford has been named one of the top 100 school systems in the nation for teachers, and Conard has been recognized as a “gold medal” school – in the top 1 percent nationally – and no. 6 in the state. And we have done all of this as frugally as possible; even before the cuts we just made, we spend less per pupil than 127 of the 169 towns in the state.”

The Board of Education approved its $160.2 million spending plan on April 5. The budget increased 4.48 percent or $6.9 million over the previous year, even after cuts had been made. Prior to voting on the overall budget, the Board considered a variety of program cuts and voted on each individually.

Board Chair Mark Overmyer-Velazquez is currently out of the country and was unable to attend the meeting, and Greenberg said it will be important for him to be involved in the decision on how to achieve the $300,000 budget reduction. She said that the cuts will be considered and announced within the next few weeks in order to meet the town’s budget demands.

“Needless to say, we will work our hardest to identify savings that will not directly impact students and student learning,” Greenberg said.