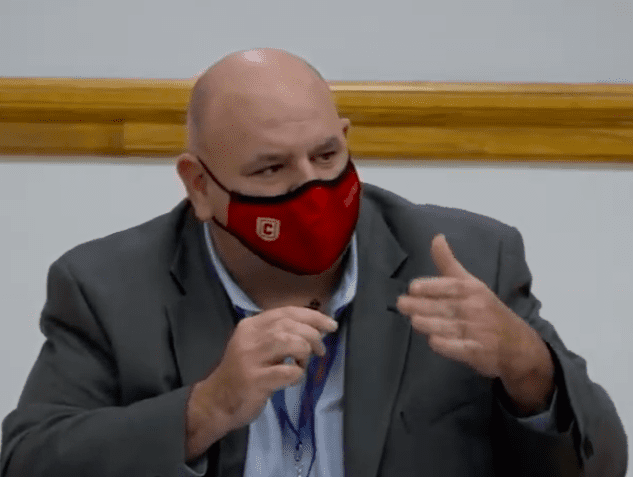 Superintendent of Schools Tom Moore speaks at the Board of Education hybrid meeting on Nov. 17. Screenshot

The Board of Education compromised, with a unanimous vote to allow some snow days to be be treated as remote learning days. 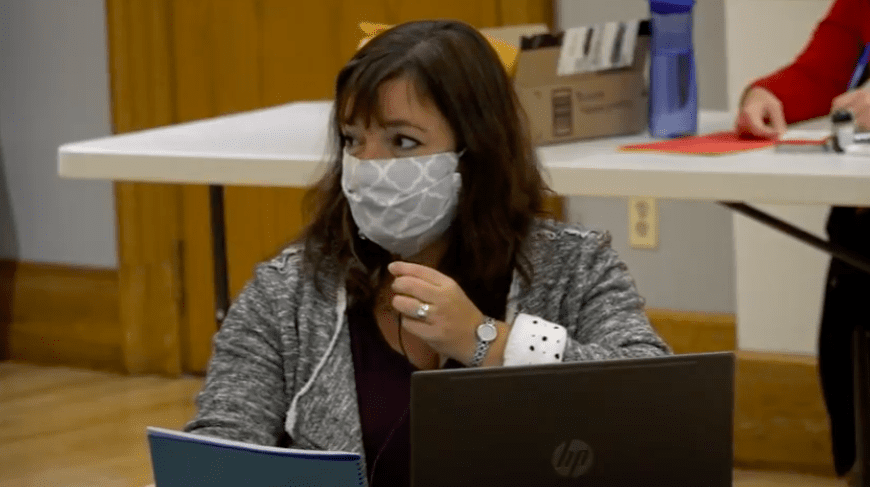 Board of Education Chair Deb Polun speaks at the hybrid meeting on Nov. 17. Screenshot

Like virtually everything else about 2020, the West Hartford Public Schools policy on snow days will be a bit different – but will still allow for sledding and snowman building should the weather cooperate.

Following a discussion, the West Hartford Board of Education voted unanimously to allow the first two snow days of the year to be true snow days, while subsequent weather events that would have canceled school for the day will instead become remote learning days for all cohorts.

West Hartford Superintendent of Schools Tom Moore brought a proposal before the West Hartford Board of Education for consideration Tuesday night to transform all snow days into remote learning days – a policy approved by the state Board of Education in October, which would  prevent districts from having to make up the days later in the school year.

“This is a one-year question as to what we do … an option that we have this year,” Moore said. It will not be a decision to last in perpetuity, he said.

Assistant Superintendent for Administration Andy Morrow said if bad weather is predicted, the district could plan and ensure everyone brings their computers home for at-home learning, and the days could count as remote days and would not have to be added to the calendar at the end of the school year.

To qualify, the state requires the remote learning days to be at least 4.5 hours for elementary school and 5 hours for secondary school, with a 50-50 mix of synchronous and asynchronous learning. Elementary students would probably be broken down into two smaller groups, Assistant Superintendent for Curriculum, Instruction and Assessment Paul Vicinus said.

If a weather event lead to widespread power outages so that online learning could not be possible, those days would be added at the end of the year, Morrow said.

Most districts in the state have already chosen to substitute remote learning days for snow days, and while Moore’s initial recommendation was to also make the substitution for 2020-2021 based on the state analysis, “We are not anti-snow monsters,” he said. Moore said that he and other administrators appreciate the New England pleasure of snow days, but also think it will be advisable to have as long a summer as possible.

Rather than making a call about a school cancellation at 5:30 a.m., Morrow said the goal will be to make the decision the night before, or even during the previous school day so families can plan in advance. “There are very few times that we are caught flat-footed with any weather event,” Morrow said.

Because the remote learning schedules will include a mix of synchronous and asynchronous learning, there will be “plenty of time to go build a snowman,” Morrow said. “We don’t mean to be the Grinch.”

Remote learning days may also be substituted for days where there would be a delayed arrival, to avoid having to condense the already short in-person day at the secondary level into about three hours.

Board member Jason Chang expressed concern about students who are unable to log in on those remote days having absences mount, possibility pushing them above a threshold of missing too many classes. Morrow said the state has been lenient about the absence policy this year, and in addition being unable to log on would not be held against students.

Moore said that large groups of students have already had to make unexpected shifts to remote learning due to quarantine situations.

While some Board members asked if the “snow day” remote days could start later, Moore said that would be difficult due to scheduling with teachers who are already involved in both in-person and remote learning and for those who teach at more than one level.

“Having a snow day is really a joyous thing and there isn’t a lot of fun or joy this year,” Board member Liz Wilcox said. She brought up modifying the proposed policy to allow a certain number of snow days before the remote learning days kick in – the plan the Board ultimately approved.

Board Chair Deb Polun said it’s difficult to provide predictability this year, and everyone has had to get used to changes in plans. “This is about providing an education for our students,” Polun said about using remote learning in lieu of snow days. The kids won’t need to go into the buildings, she said, but “they should be able to learn on those days.”

“There is no good, right answer in a lot of these situations,” Morrow said. There is always a trade-off, and this avoids extending the school year too long.

West Hartford Public Schools are currently scheduled to end for the year on Tuesday, June 15. The district started the year later than initially planned, and that date allows for 177 instructional days, the minimum permitted by the state this year. There will not be able to be any days forgiven.

This decision is just for the 2020-2021 school year, but Moore said if remote learning could be substituted for snow days in future years, it might be a means to reinstitution February vacation, which was eliminated several years ago in order to prevent snow days from pushing the last day of school into late June.

The guidance issued by the State Board of Education can be viewed here.