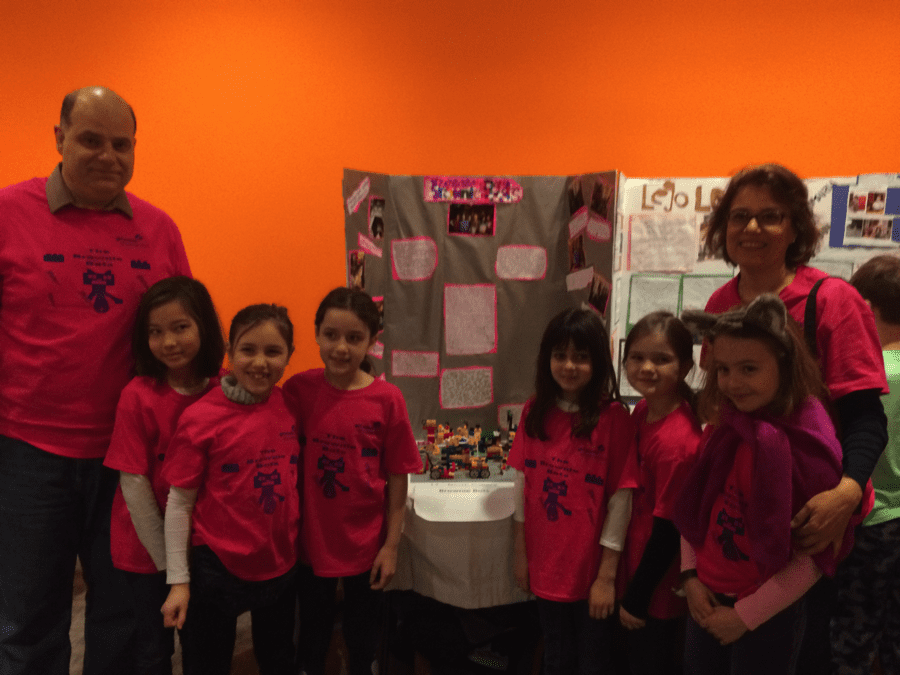 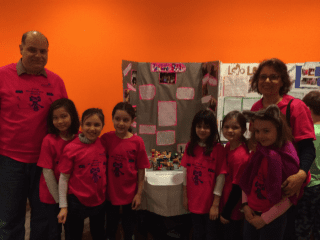 On Sunday, March 15, six West Hartford 2nd graders from the Duffy Girl Scout Brownie troop brought home a trophy for Best Teamwork when their team, The Brownie Bots, competed with 24 other teams at the Junior First Lego League (JrFLL) Expo at the Discovery Museum and Planetarium in Bridgeport.

Leading up to the competition the girls met for eight weeks to build a model amusement park with a working carousel out of LEGO pieces and powered by a motor. They were led by coaches Dr. Lubomir Ribarov, a staff research engineer at United Technologies Aerospace Systems and Kim Piccioli, their Brownie troop leader.

“The girls were required to learn basic principles of engineering,” said Coach Ribarov. “They became very engaged in the process and excited about problem-solving. I was very impressed with how focused they were and how well they worked together. They fully deserved the trophy for Best Teamwork!”

“As coaches we were only allowed to give the girls guidance,” said Coach Piccioli. “The girls were fully responsible for conceptualizing the idea and problem-solving to actually build their model.  It would be great if their success inspires the formation of other Grades K-3 JrFLL teams in town.”

The team was formed as the result of a grant from Girl Scouts of Connecticut, which has developed it signature STEM (science, technology, engineering and math) program.  The goal is to allow girls to build confidence in their problem-solving and technical skills in a supportive, all-girl environment.

JrFLL was developed to introduce 6 to 9 year-olds to science concepts and teamwork.  JrFLL was created through a partnership between FIRST (For Inspiration and Recognition of Science and Technology) and the LEGO Group.