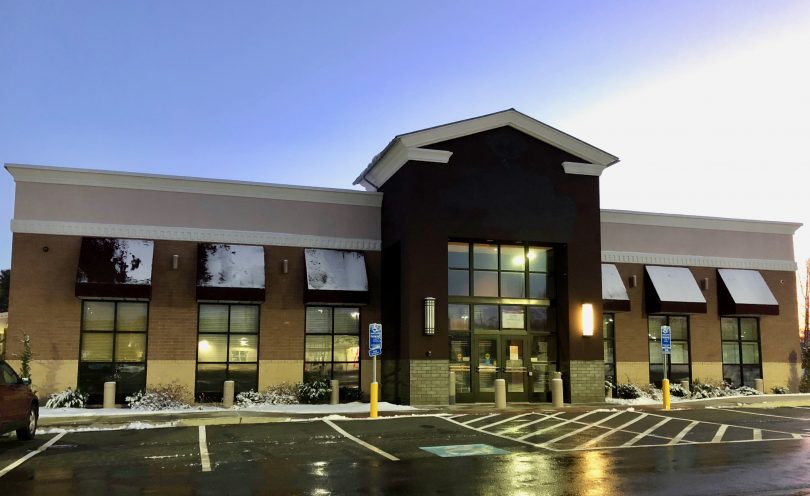 The West Hartford Town Council will be considering a proposal amend the Special Development District in Corbin's Corner to accommodate a restaurant in the former Jared's space. Photo credit: Ronni Newton

I feel like the last week passed in a blur – several holiday parties, and much more news than one would expect at the end of the year.

While we did order our holiday card (everyone signed off on the photos this year) and have done some shopping, we aren’t anywhere near as organized for the holidays as I would like to be. Sam returned home from UConn Sunday afternoon, and we now have a Christmas tree in the house, but it has nary a light or an ornament on it yet.

Instead of decorating or engaging in any other holiday activities, I spent Sunday at my computer writing two of the articles you’ll find mentioned below as well as this column.

I’ve also spent a lot of time worrying about my father, who is currently hospitalized in Florida due to complications resulting from the Coumadin he takes for his heart problems.

Monday will be a jam-packed day, beginning with my monthly live version of Business Buzz on CT Live (11:30 a.m. on NBC Connecticut), swearing in of West Hartford’s new assistant police chief, and a Town Council meeting, but (I hope I don’t need to eat these words) the rest of the week should be a bit calmer.

One thing I want to mention before getting to the business news: I want to make sure readers know that while I actively pursue positive and heart-warming news, I won’t shy away from reporting hard news – which is much more difficult when it involves people that I know, or who are friends with my friends.

I don’t want to dwell on the specifics, but when the State Police, or the West Hartford Police or the West Hartford Fire Department sends out a press release, I don’t pick and choose which news to publish based on my relationship with anyone. To be fair, I report on all of them. And just because someone is “one of us” according to their friends and family, doesn’t mean I shouldn’t report on an incident based on the report received from the police or fire department. I don’t do this job because it’s easy, or pays well (it’s neither), but I do work very hard – and work very hard to be fair and impartial. It’s very upsetting to me when people imply otherwise, or call me a “reporter” (purposely and mockingly putting the term in quotes) and make all sorts of rude accusations on social media. The lack of decorum on social media these days, to me, is honestly so disturbing. If and when an incident is resolved through the courts, and it’s appropriate to share the “rest” of the story, I am committed to doing that. In addition if I write an article about an arrest, I am always willing to delete that article if charges are dropped or nolled and documentation from the court or judge is provided.