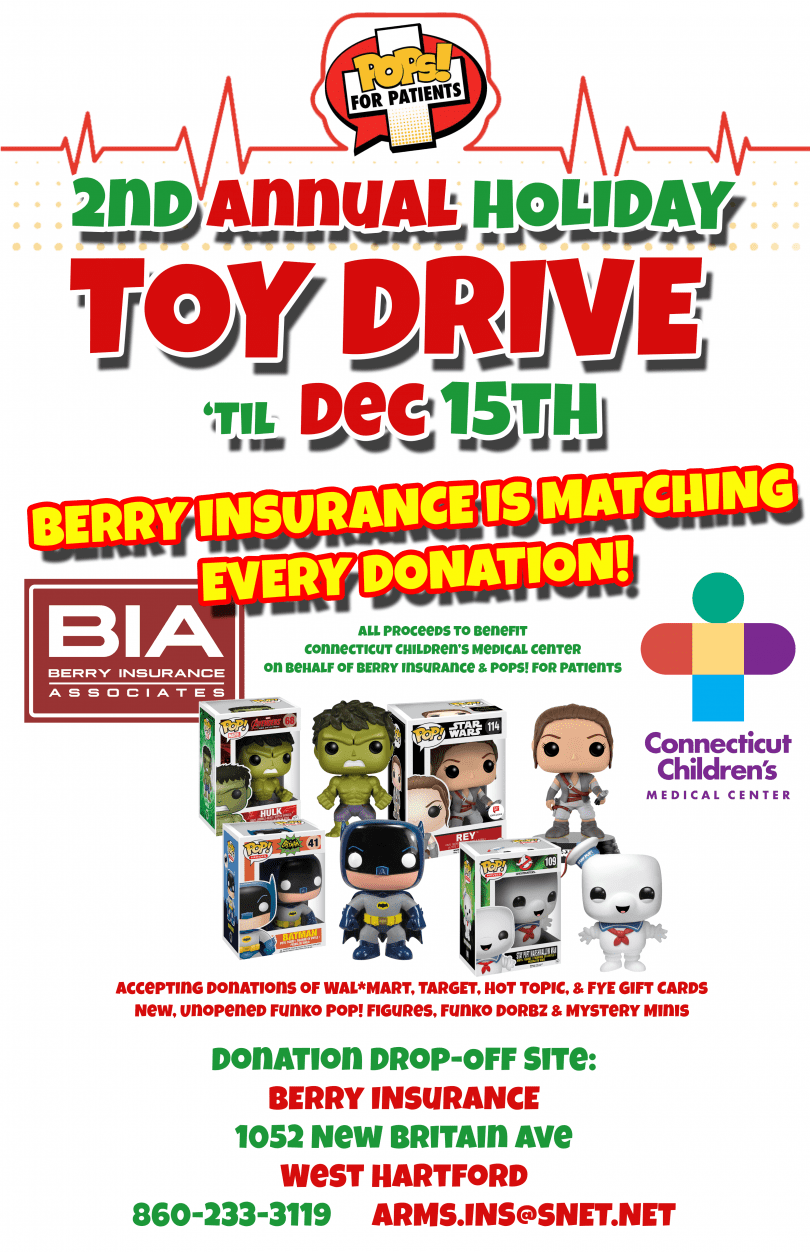 Berry Insurance Associates, in partnership with POPs for Patients, is organizing a toy drive to benefit the Connecticut Children’s Medical Center. Already in progress, the drive runs until Dec. 15, 2017.

They are seeking donations of Funko Pop! vinyl figures, which have become some of the most sought-after toys of the last few holiday seasons. The collectability of Funko Pops can be compared to Beanie Babies; however Funko licenses popular properties such as Harry Potter, Disney’s Frozen, Star Wars, Marvel, and many more.

There are literally Pop! figures for most television, film, or video game franchise, meaning there is a Pop! vinyl for every child’s taste! And at an average of only $10 per toy, they are a cost-effective gift for children in need.

POPs for Patients was founded in Knoxville, TN, to benefit the children of the Monroe Carell Jr. Children’s Hospital at Vanderbilt. In the past two years the movement has spread globally. More than 3,500 toys have been donated in the U.S. and U.K., with affiliates organizing as far away as Australia.

Last year, Berry Insurance received donations of 117 Funko Pops. This year’s goal is to more than double that number; therefore Berry Insurance will be matching each donation toy-for-toy.

Berry Insurance is asking members of the West Hartford community to consider making a small donation. They would prefer a new, unwrapped Funko Pop! figure, but monetary donations or gift cards would be accepted and immediately used to purchase a Pop!