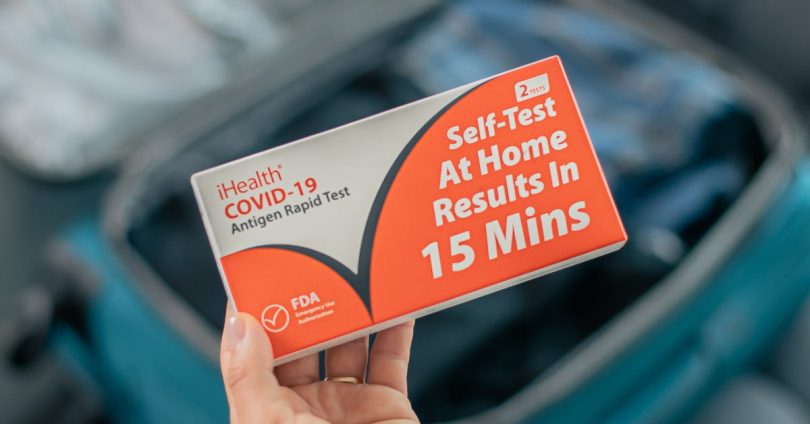 A distribution planned for Friday at Conard High School and King Philip Middle School will not take place on Friday, Dec. 31 as planned, but once the town receives supplies a new distribution plan will be announced. [Updated, Jan. 2, 2022]

West Hartford officials announced Thursday morning that the previously-scheduled distribution of free at-home COVID-19 test kits will not be held on Friday as planned due to the delay in the delivery of the product from the state.

“Due to shipping and warehouse delays outside of the State of Connecticut’s control, our state’s anticipated shipment of COVID-19 at-home rapid tests are currently delayed from arriving in Connecticut,” Gov. Ned Lamont announced in a statement late Wednesday.

West Hartford received an update Thursday that the test kits were not arriving as planned, and the delivery schedule remains unknown.

“The Town of West Hartford will share its plans to distribute the free test kits once more information becomes available,” town officials said in an email Thursday morning.

Bob McCue, deputy director of West Hartford’s Office of Emergency Management, said Saturday that the town had received some N95 masks, which will be distributed this coming week, but had not yet received test kits.

“My staff and multiple state agencies have spent the past several days working around the clock to accelerate the movement of our tests through what is clearly a shipping and distribution bottleneck on the West Coast amid unprecedented international demand for tests,” Gov. Ned Lamont said in a news release Thursday. “I want to thank our municipal and emergency management partners who have quickly and efficiently established their methods of distribution of the tests, clearly communicating them to their communities. My administration is in regular communication with city and town leaders, and we will provide updates as we have them in order to distribute the tests as quickly as possible. I thank our staff and leadership at the Department of Administrative Services, the Department of Public Health, the Division of Emergency Management and Homeland Security, and the Connecticut National Guard for their incredible work to execute on this test delivery.”

On Friday, the governor met with reporters at a warehouse in New Britain where more than 400,000 rapid tests had been delivered. Some towns had received test kits and distributed them over the weekend.

At-home tests are still available for purchase online or in pharmacies and retail stores. Also, United Way 211 maintains a list of all of the testing sites, and ensures that they are posted on 211ct.org/covidtesting.