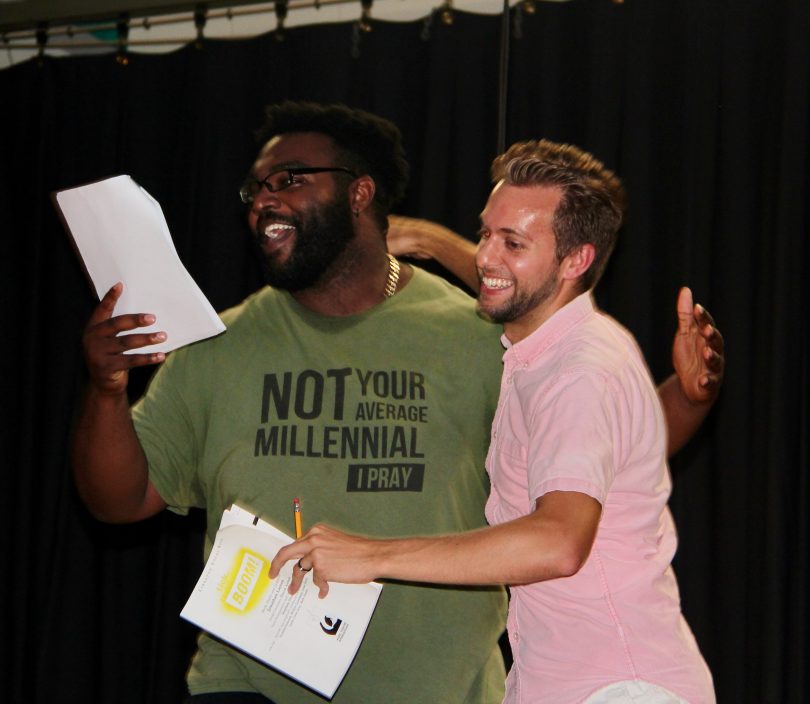 The unique musical ‘tick, tick … BOOM!’ written by the composer of ‘Rent,’ will be on stage in West Hartford this September. 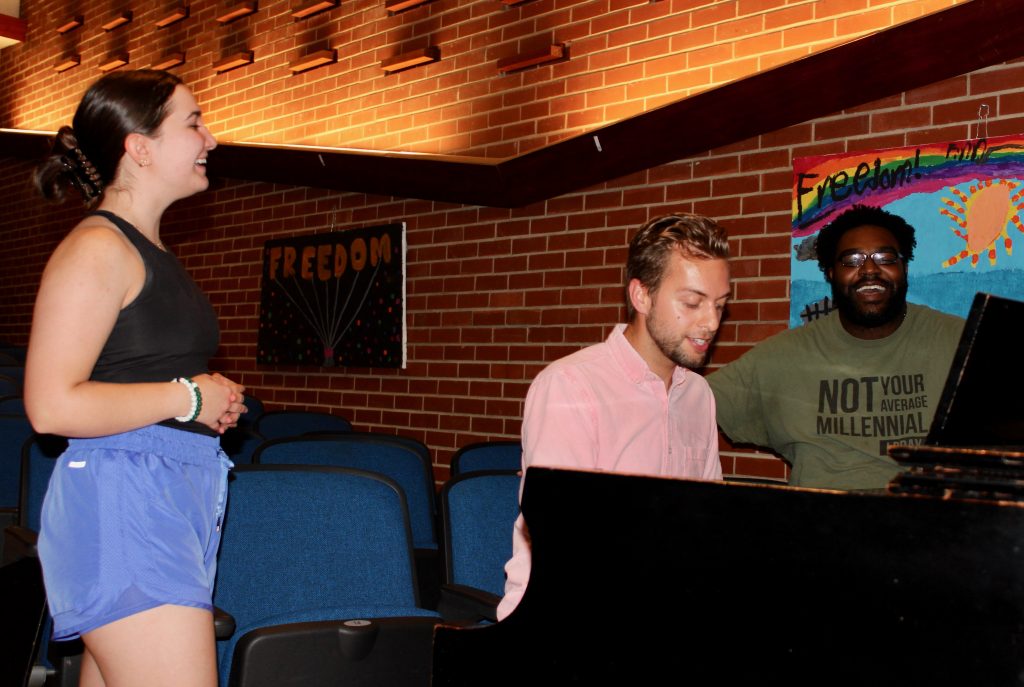 Different from the 2021 major motion picture directed by Lin-Manuel Miranda, this is the musical version that started it all, with its off-off Broadway debut in 2001, leading to multiple national and international productions, national tours and two revivals in 2014 and 2016.

The show tells the story of an aspiring composer questioning his life choices on the eve of his 30th birthday. His girlfriend wants to get married and move out of the city, his best friend is raking it in on Madison Avenue, but Jonathan is still a waiter trying to finish writing his musical. His fuse has been lit. How much time does he have left before he can achieve his dreams? Or will it all just blow up in his face? This exhilarating, funny, and moving work by the late Larson will speak to anyone who’s ever gotten lost on the way to finding their dreams.

“Coming off of the restrictions theaters faced during the pandemic, we chose this play specifically for its smaller cast.  We then discovered that just like in the Broadway productions, this smaller cast really enhanced the intimacy of the show,” says Szymanski. “Just like the Broadway version, our show has multiple characters all portrayed by just three actors, and it really heightens the passion and excitement; it really intensifies the relationships depicted. It deepens the whole experience,” says Lavelle.

Theater lovers in Connecticut may recognize director Corinne Kravetz from her previous work as former acting teacher and director at Conard High School, and a variety of experiences with other local schools.

About her newest directorial work on tick, tick…BOOM!, Kravetz says “Any time I get to direct an exciting show like this, it’s great. But with these incredibly talented actors, it’s very special. Everyone is so excited to bring this beautiful piece of theatre to life onstage in front of a live audience. We can’t wait to share this very relevant show with everyone!”

Musical Director David Jarkey described the cast’s singing ability, “Brandon, Reilly, and Henley are not to be missed.  They are vocal powerhouses.”

The show runs four nights, Sept. 9-10 and 16-17, 2022 at The Theater at Braeburn School, 45 Braeburn Road in West Hartford, CT. Tickets cost $25 in advance, and $30 at the door (students $20 in advance, $25 at the door with valid student ID). The show is expected to sell out, so those interested are strongly encouraged to buy tickets in advance.  Please note, this show contains some language and situations which may not be suitable for younger audiences.

West Hartford Community Theater, Inc. (WHCT) is a 501(c)(3) nonprofit organization dedicated to providing opportunity and access to programs and the performing arts for West Hartford and the surrounding communities. 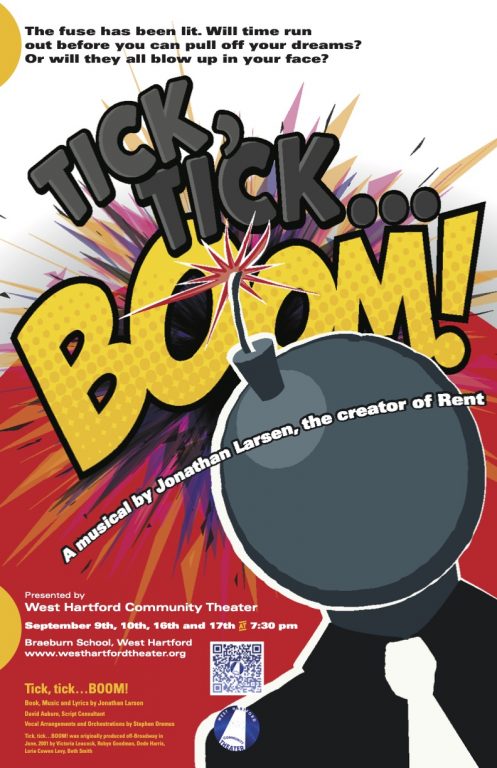 tick, tick … BOOM! will be performed in West Hartford in September. Courtesy image