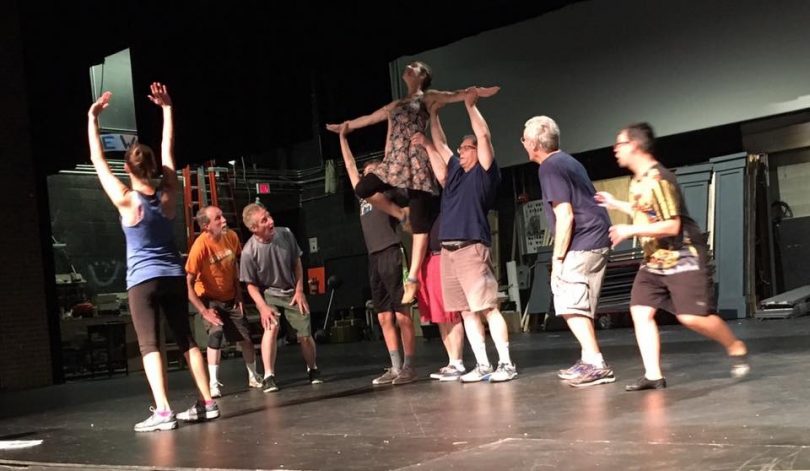 Rehearsals are in progress for the West Hartford Community Theater's 'Once Upon a Mattress.' Photo courtesy of Adria Giordano

Tickets are now on sale for the musical comedy to be presented by West Hartford Community Theater.

West Hartford Community Theater’s (WHCT) actors and production team members are busy rehearsing and eager to present Once Upon a Mattress this November.

Rogers and Hammerstein’s Once Upon a Mattress is a musical satire based on the story of “The Princess and the Pea.” The story is set in a kingdom experiencing some upset. Due to an unhappy curse, King Sextimus is unable to speak. Meanwhile, his terror-of-a-wife, Queen Aggravain, has taken over control of the kingdom. Most importantly, in an attempt to keep Prince Dauntless single, she has decreed that only the princess that can pass her test may marry her son. Further, no one else in the kingdom may marry until Prince Dauntless does.

WHCT insiders say there are heartwarming scenes, and others that are beyond ridiculous – something for everyone!

Many West Hartford residents have joined the cast and crew for this production. For a complete list of cast members, click here.