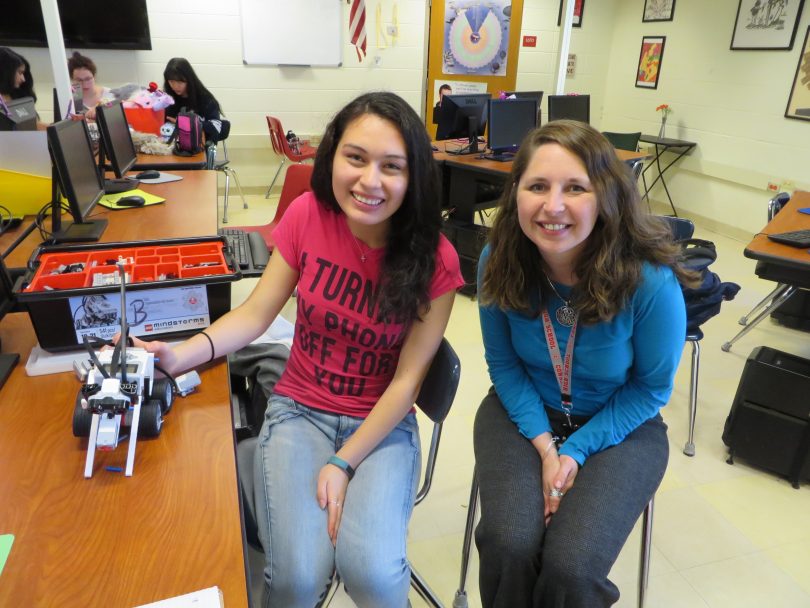 Teachers at West Hartford’s Conard High School obtained a grant to buy ‘Exploring Computer Science’ class robots and have been working with elementary school students – all exciting ways in which computer science education and awareness are being increased.

Students at West Hartford’s Conard High School are using robots and working with fourth grade students from Smith STEM School – just two ways in which the computer science, the “language of the future,” is being made more accessible to all.

Conard High School has offered Advanced Placement Computer Science class for the past five years, but when McCarthy heard about the new entry level class he was especially excited. He explained that it wasn’t too long ago when computer science classes weren’t offered or even discussed in high school, and that when he went to college, computer science seemed very intimidating.

McCarthy was excited to be a part of an opportunity that allows all students to have early experience and exposure to computer science, and have a leg up on their understanding of the layers of technology.

He observed one of Jackie Corricelli’s classes and wanted to be a part of a new beginning at Conard.

The new Exploring Computer Science class uses Lego Mindstorm robots – which have eyes and sensors as well as audio capabilities. The students construct the robots using Lego NXT kits, and then run them through maze competitions.

The robots have fun, animal-like faces, and McCarthy was hoping that this would add a personal touch to the experience, making the kids more engaged.

Corricelli, one of the five computer science teachers at Conard, is a passionate educator and volunteer for what she calls “more than just a class. It’s a cause.”

Corricelli explained that students take courses that position them for success, and that neglecting to see computer science as equally imperative to one’s future is a grave mistake. In a society defined by its technological achievements, illiteracy in the language of computers is just as dangerous as any other kind, she said.

Exploring Computer Science was first offered at Conard this fall of 2016, but has been offered nationally at schools in Los Angeles, Chicago, New York City, and in other cities. This entry level course is also made available to students in the REACH program on Conard’s campus.

What makes this “robot grant” such an empowering victory for Connecticut educators, is that it allows students with no experience or understanding of these tools to gain access and confidence before entering the accelerated, highly-competitive, and often intimidating world of higher education. As Corricelli said, “It’s more than a class, it’s a cause”.

One of Corricelli’s students, Mugdha Gurram, a senior who will be attending Boston University in the fall, understands this cause well. Gurram is a member of “Bits and Bytes,” an after school club that volunteers at Smith STEM School one friday a month to teach code to fourth graders, using MIT’s Scratch website.

Gurram recently wrote an essay and won The Challenge to Educational Citizenship Award from the Connecticut Association of Schools (CAS) for her involvement in the club.

In her essay, Gurram explained the importance of encouraging kids to believe in their ability to succeed at early age.

“Before they realize they can’t do it, tell them they can,” Gurram said.

Corricelli explains that “You can see it in them”, the excitement, the confidence and understanding. “Five years ago there were about 40 students taking computer science, this year it’s 220 – a more than five-fold increase. And it’s because of teachers getting more involved.”

The transportation costs for Conard and Smith students were handled by the schools this year, but organizers just learned that Bits and Bytes has received a grant from the FWHPS for the 2017-18 academic year – and the students will have the chance to create prosthetics. 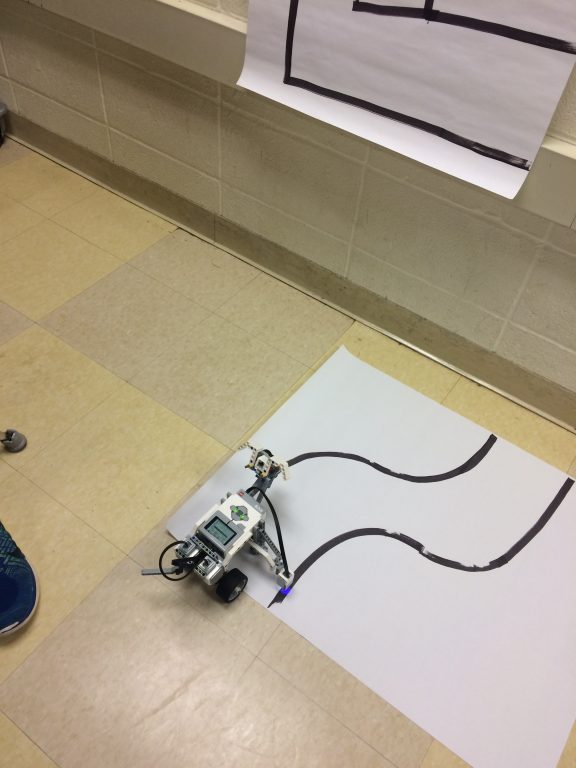 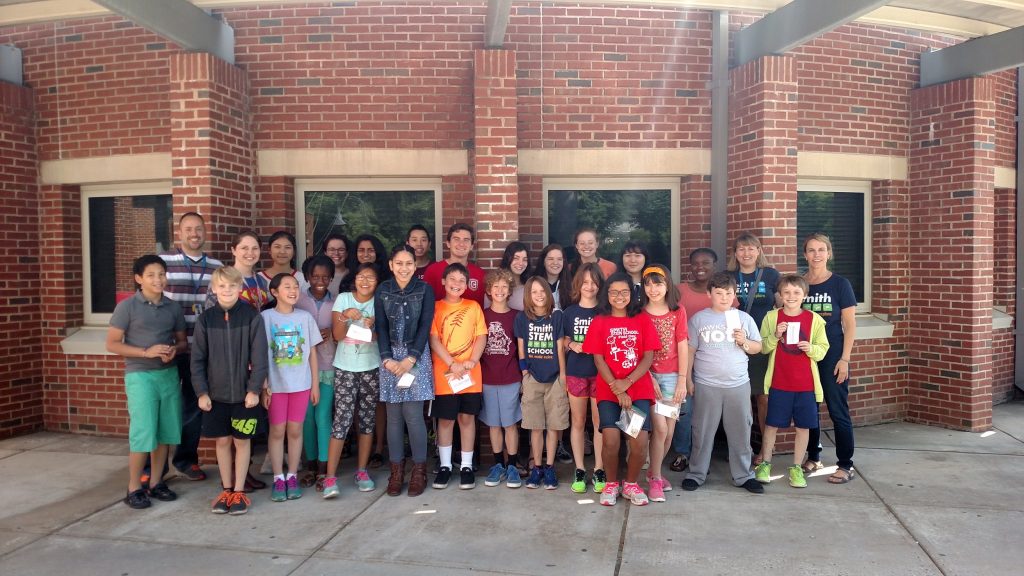 Conard and Smith STEM students in the Bits and Bytes Club. Courtesy photo 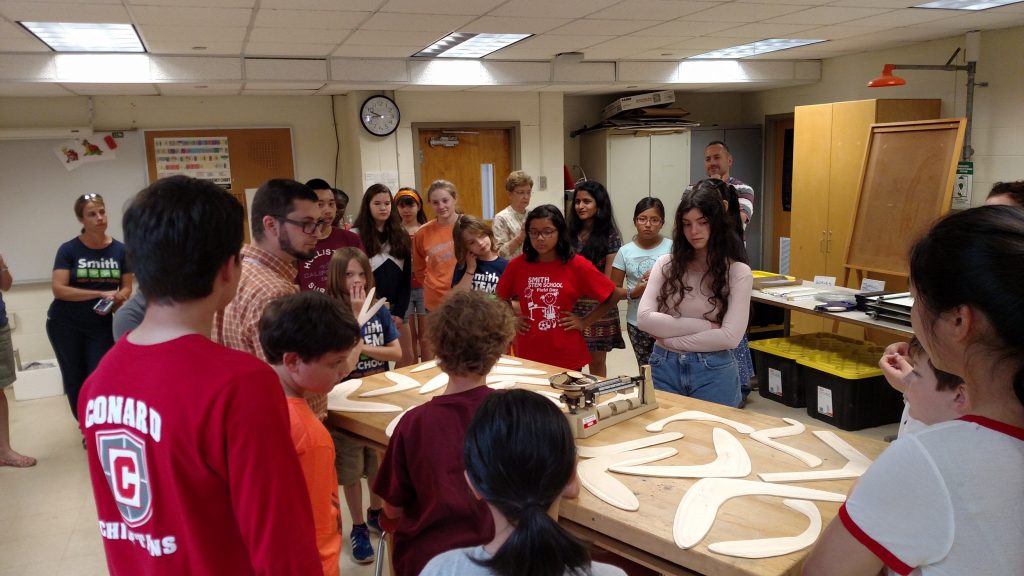 Smith STEM students get a tour of the tech wing at Conard. Courtesy photo