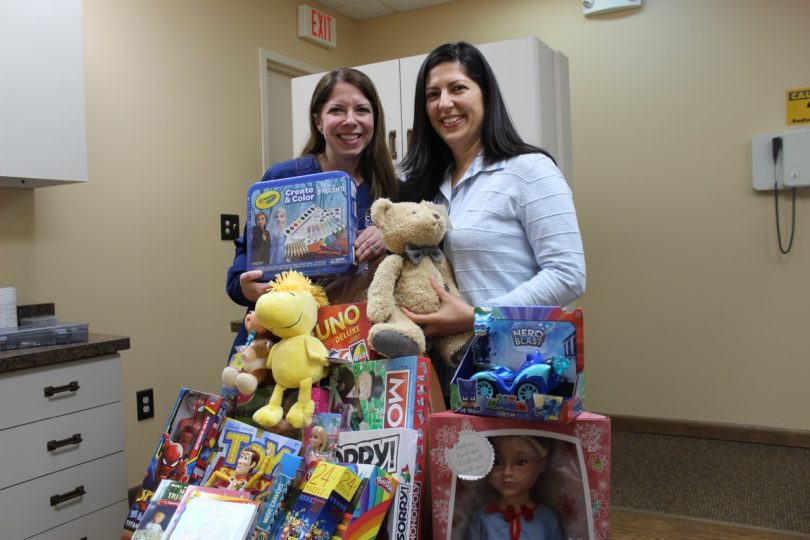 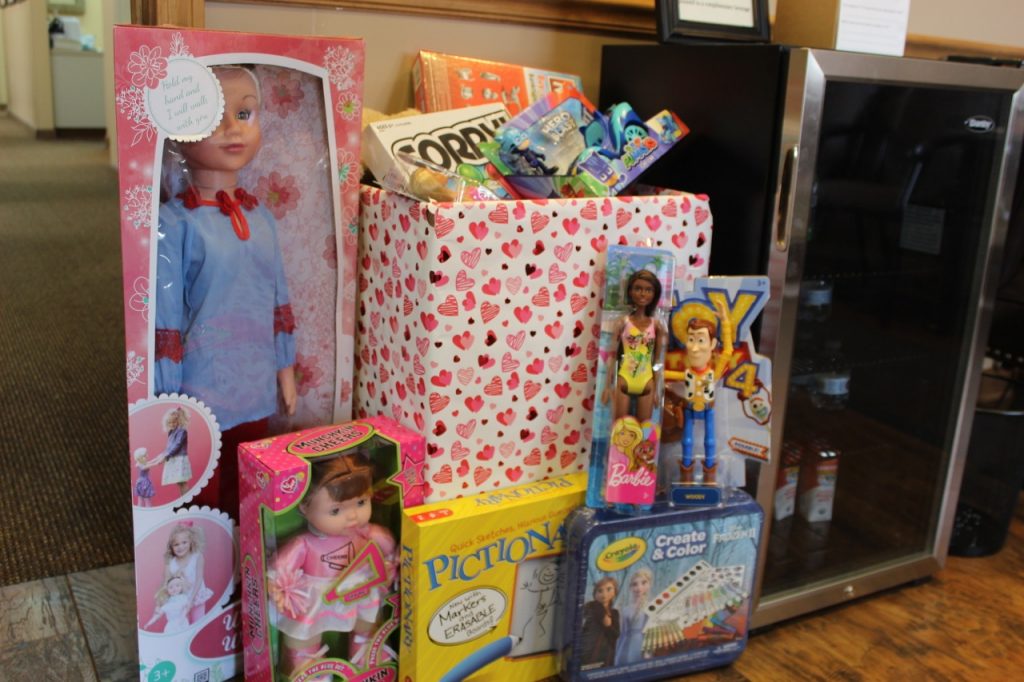 Typically, during the period of time from the week before Thanksgiving through Christmas Day, it’s relatively easy to find and contribute to a toy drive that benefits the less fortunate.

But the staff at Elmwood Dental Group wondered about the other 330 or so days per year. So, hygienist Meg Carlson, along with other staff members in the dental group, organized the Connecticut Children’s Medical Center “Spread the Love” toy drive, now in its second year. The toy drive began earlier this month and is running through March 6.

“Everyone forgets about CCMC [after the holidays],” Carlson said, noting that February is also Children’s Dental Health Month as well as National Heart Awareness Month. “The office doesn’t think people should give toys one time during the year. It should be several times a year.”

Last year, during “Spread the Love,” the group collected 75 toys (books, games, dolls, Hot Wheels cars, and you name it), which were delivered to Connecticut Children’s. This year Carlson hopes to collect 100 toys. A toy box is stationed in the waiting area for people to drop toys in.

She said there’s been a mix of donors this year – patients who have been coming in with toys as well as people who didn’t have appointments who went to the office, which is open Monday through Friday, just to drop off donations.

Carlson said hospital guidelines require new, unwrapped toys that are appropriate for hospitalized infants, children, adolescents or teenagers (toy guns and other weapons are not appropriate). The toys must not pose a safety hazard, such as those with sharp edges or small, removable or easily breakable parts, she said.

“We encourage non-patients who are dropping off a toy to stay and check out our office amenities that keep patients of all ages entertained and comfortable before, during and after their appointment,” Carlson said. “We offer complimentary beverages, neck pillows, back pillows, cozy blankets, earbuds, free WiFi, and even fidget spinners.”

The practice is located at 1132 New Britain Ave. in West Hartford. Donations can be dropped off Monday through Friday starting at 7:30 a.m. Daily hours can be found on the website www.elmwooddentalllc.com.