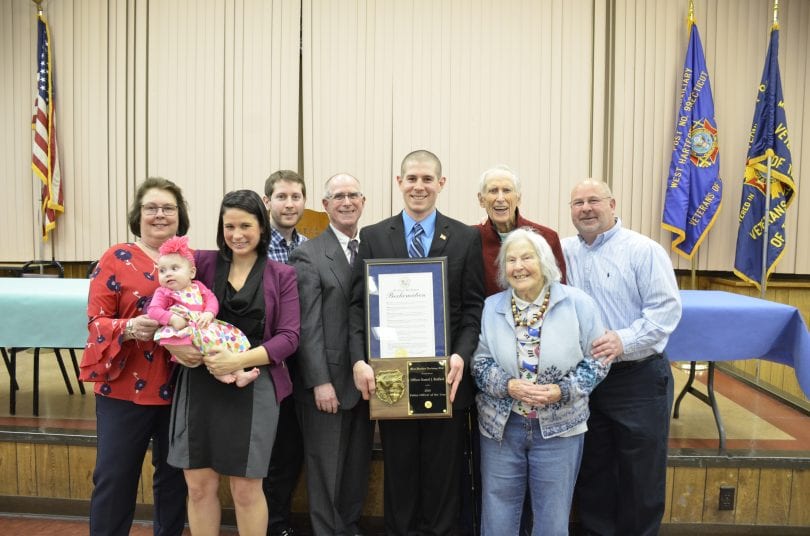 The Firefighter of the Year and Police Officer of the Year were honored Wednesday at the West Hartford Exchange Club’s annual ceremony. 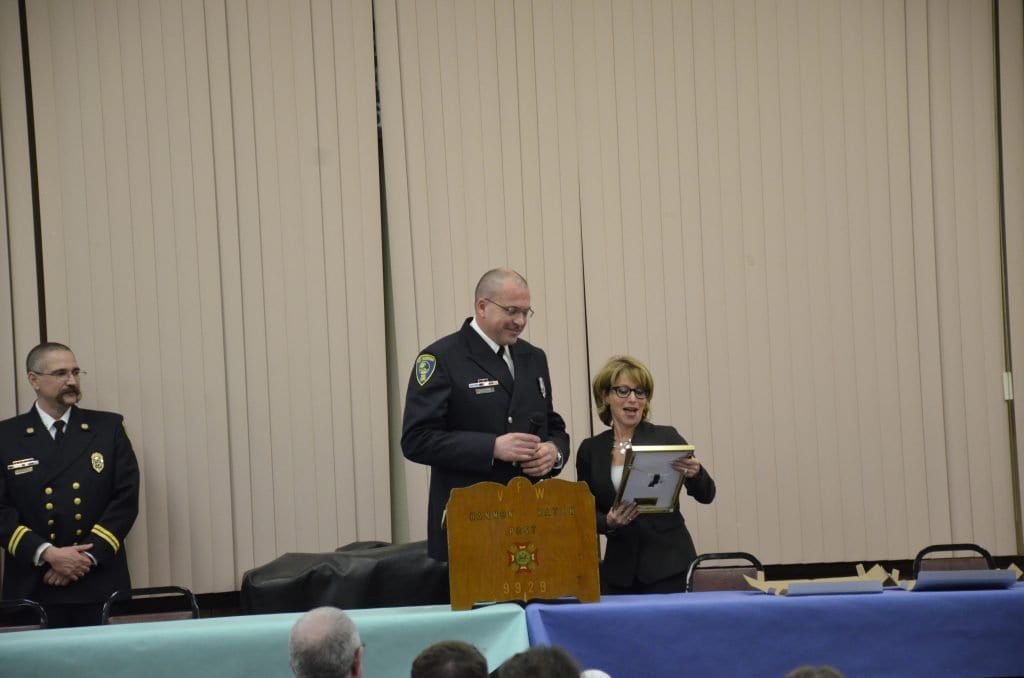 Family, friends, and members of the police and fire departments gathered April 4 at the VFW Hannon-Hatch Post 9929 headquarters as the West Hartford Exchange Club held its annual ceremony honoring two individuals chosen for their commitment to the town’s public safety. 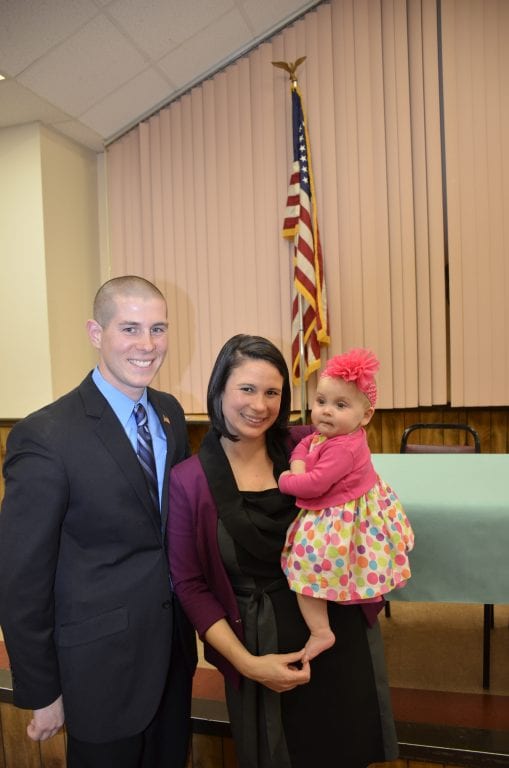 Off. Daniel Bedford with his wife, Jess, and 7-month-old daughter, Nora. Courtesy photo

Off. Daniel Bedford was honored as Exchange Club Police Officer of the Year, and Apparatus Operator Daniel Syme was named Firefighter of the Year.

At the ceremony, Acting Police Chief Dan Coppinger lauded the record of Bedford, who has been a West Hartford Police officer since 2007, but actually began his involvement with the department back in 1999, at the age of 13 when he became a Police Explorer.

“He was nominated by his peers for the Exchange Club award due to his positive attitude with both fellow police officers and the public, his coaching and mentoring to fellow officers, and his high level of activity,” Coppinger said.

Bedford is currently assigned to the Traffic Division where he is part of the Accident Reconstruction Team and has investigated numerous crashes, including those involving serious injuries and fatalities. He has also conducted training sessions on safe driving and the dangers of DUI for West Hartford Public Schools, AARP, and other groups.

Coppinger noted that Bedford has been recognized by Mothers Against Drunk Driving (MADD) for his DUI enforcement record, and received a five-year pin from the organization last year.

In addition to his work with the Traffic Division, Coppinger said that Bedford, who has excelled nationally in firearms competition, is a sniper with the Emergency Services Unit. He has also been a public safety diver on the department’s dive unit.

Accolades received by Bedford over the years include a Commendation Letter in 2013 for gaining control of a resisting suspect who driving a stolen car and in possession of drugs. He received a Unit Citation in 2011 for his role in the swift apprehension of the suspect in a fatal stabbing that happened in the midst of a crippling snowstorm and power outage, and also received a Unit Citation for his role in coordinating the response and setting up a perimeter which led to apprehension of an armed robbery suspect in 2013.

In 2015, Bedford received a Merit Award for the arrest during a DUI patrol, along with Off. Jeff Swank, of a suspect who was attempting to conceal 518 bags of heroin.

In addition, Coppinger said, “Off. Bedford has received many letters from citizens, thanking him for being kind, compassionate, and professional.”

Syme joined the West Hartford Fire Department in July 2012, and was promoted to Apparatus Operator on Feb. 1, 2015.

Syme, who is assigned to Station No. 4 on Albany Avenue, was the recipient of the West Hartford Fire Department’s Gene T. Hoffman Award for Excellence earlier this year.

Syme lives in Woodstock with his wife, Rachel, and their three daughters.