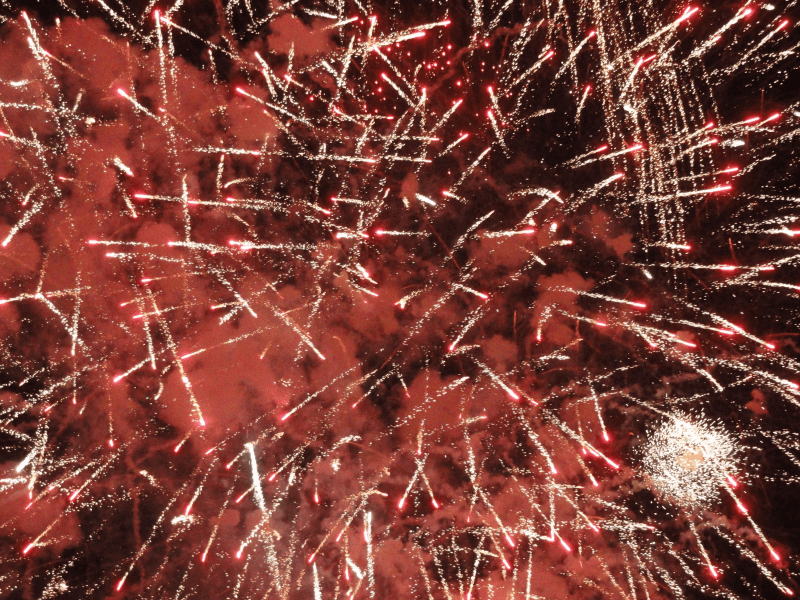 The West Hartford’s fire and police department have issued a warning about the dangers of fireworks.

As the Fourth of July holiday weekend approaches, first responders in West Hartford are gearing up for reports of illegal fireworks displays, and are cautioning the community to follow fire safety regulations.

People ages 16 and up are permitted to purchase use sparklers or fountains, which are sold in local grocery stores and big box stores. Anything else – including novelty items that emit flame or become airborne – is being sold, or used, illegally.

A violation of state laws and local ordinances may result in criminal charges and with prosecution, may include fines and jail time, town officials said. Anyone using permitted fireworks is also responsible for damages and injuries that may result from their use.

“Please leave fireworks displays to licensed professionals using regulated products while following fire safety regulations,” town officials said in a news release. “House fires, grass fires, injuries, and even death can be attributed to the misuse and handing of fireworks – especially those that are not governed.”

In using sparklers and fountains for personal use, it is critical that you follow the manufacturer’s instructions and always remember that even these items can cause serious injuries and significant damage to property. These precautions must also be followed closely to avoid a catastrophe.

Instructions provided for the safe use of sparklers include:

Not only are fireworks potentially dangerous or harmful, but they can startle young children and pets – as well as veterans who may suffer from post-traumatic stress disorder (PTSD), survivors of gun violence, and individuals who have experienced a brain injury, are on the autism spectrum, or who have a neurological disorder

Individuals found to be in possession or are seen using illegal fireworks are subject to arrest. Any fireworks complaints should be directed to the West Hartford Police Department at 860-523-5203.

The safest way to enjoy this year’s Independence Day celebration is to view a display conducted at a state approved site by Connecticut licensed pyro technicians. A list of official displays can be found on the state’s official tourism site, CTVisit.

“Thank you for joining us in our effort to keep the community safe through fire prevention,” they said in a joint announcement.