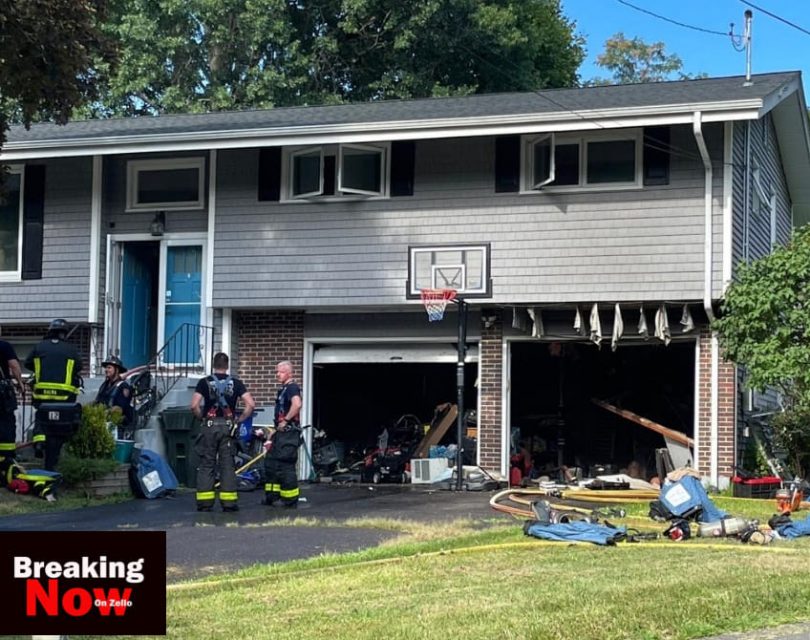 Occupants of a home on Crestview Circle safely evacuated the home before West Hartford Fire Department crews arrived at the scene.

A fire in a West Hartford garage Saturday afternoon was quickly contained with no reported injuries to firefighters or civilians, Assistant Chief Hugh O’Callaghan said.

According to O’Callaghan, Public Safety Dispatch received a report of a possible structure fire at 12 Crestview Circle at 4:12 p.m. Saturday.

The first unit arrived within three minutes, and immediately began an offensive attack on what was a working garage fire, O’Callaghan said. Crews simultaneously searched the house, and determined that all occupants had already evacuated.

Following an aggressive and well-coordinated interior attack, the bulk of the fire was knocked down quickly and did not spread to the home, officials said.

The West Hartford Fire Department was also assisted at the scene by the West Hartford Police Department and Eversource, ad the Hartford, New Britain, and Newington fire departments provided coverage for the town while crews  were engaged in fire suppression activity.