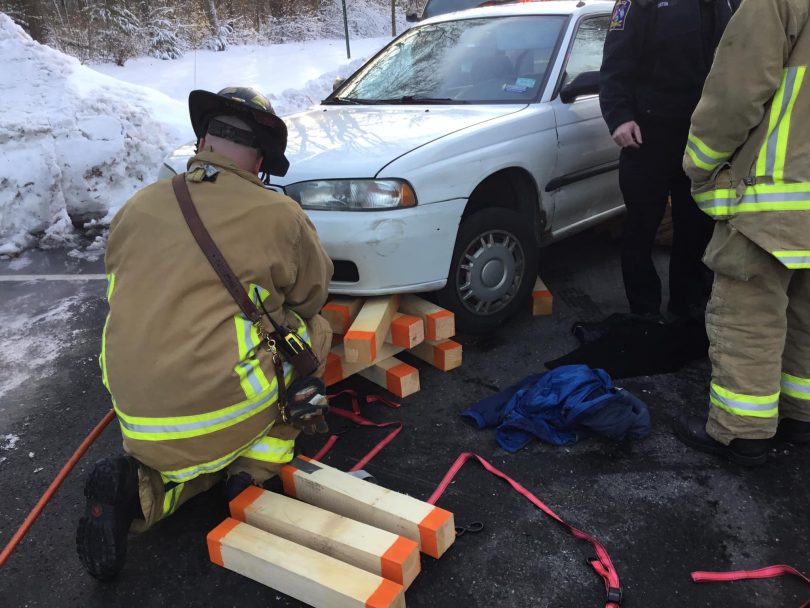 A person whose legs were trapped under a vehicle at the Mandell JCC in West Hartford was transported to an area hospital after being freed by West Hartford firefighters. 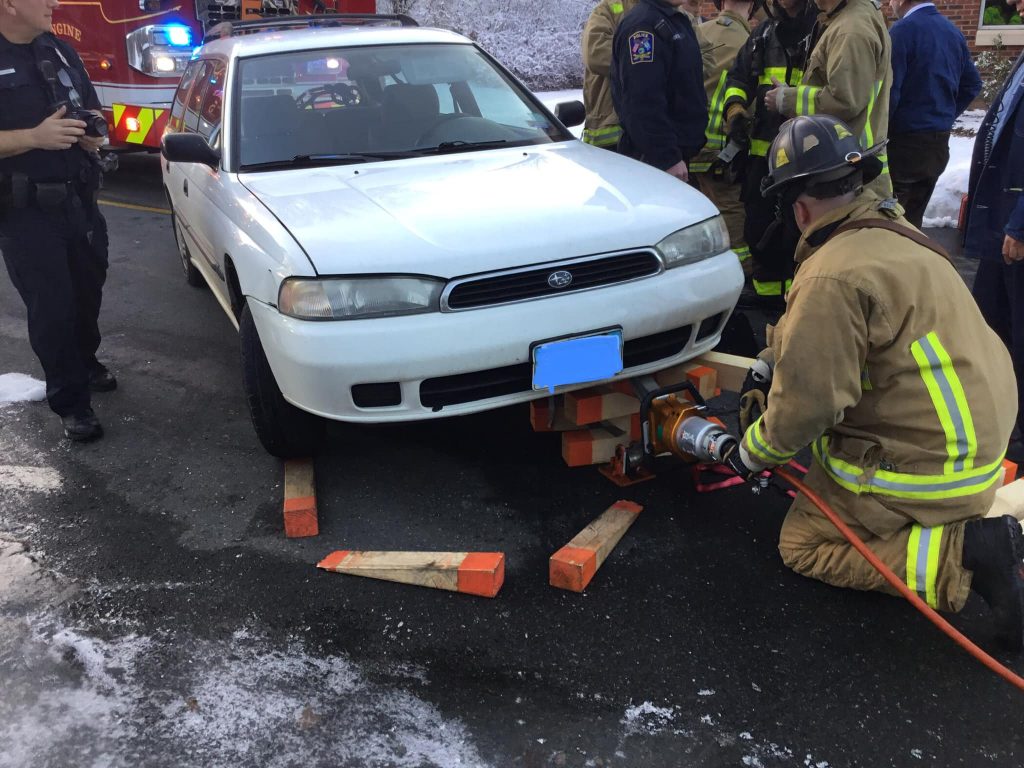 West Hartford firefighters were able to successfully free a person who became trapped under a vehicle Thursday afternoon by utilizing the “Jaws of Life” hydraulic spreaders, along with a TL-9 stabilization device, to lift the vehicle.

The incident happened just after 3 p.m. in the parking lot of the Mandell JCC, Battalion Chief Eric Munsell said. The female victim’s legs had become pinned under the tire of a vehicle.

Members of Engine 5 were first to respond, and found the patient trapped under the car, “conscious and alert, but unable to move,” officials said.

Engine 1 resounded shortly thereafter, and deployed the “Jaws of Life” with the TL-9 stabilizer. Battalion Chief 4 responded as well.

The patient was removed from under the vehicle within three minutes, fire officials said, and transported to an area hospital by American Medical Response, along with a West Hartford Fire Department paramedic, with what Munsell said were non-life-threatening injuries.

Firefighter Anthony Leca, who was on the crew responding from Engine 1, was actually the person who designed the TL-9 tool, and has just received the patent for it, Munsell said. It is now being used by fire departments across the country and even internationally.

“It helps our spreader tools become a very efficient lifting tool,” Munsell said. “It’s quick and easy to deploy for cases like this.” 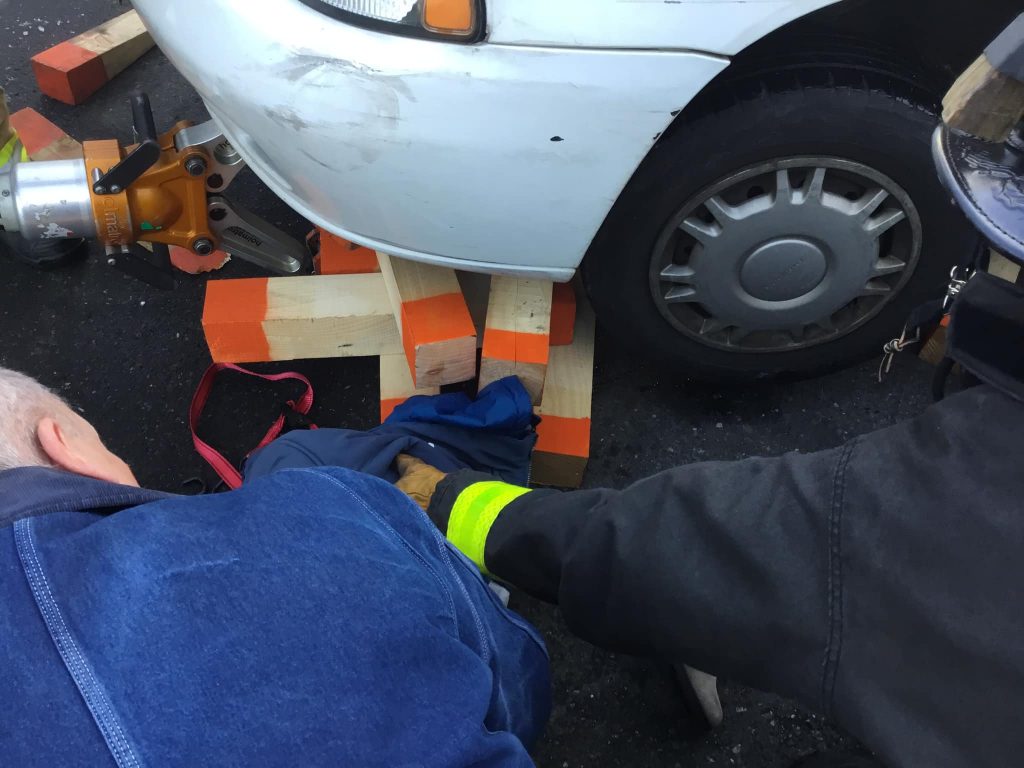