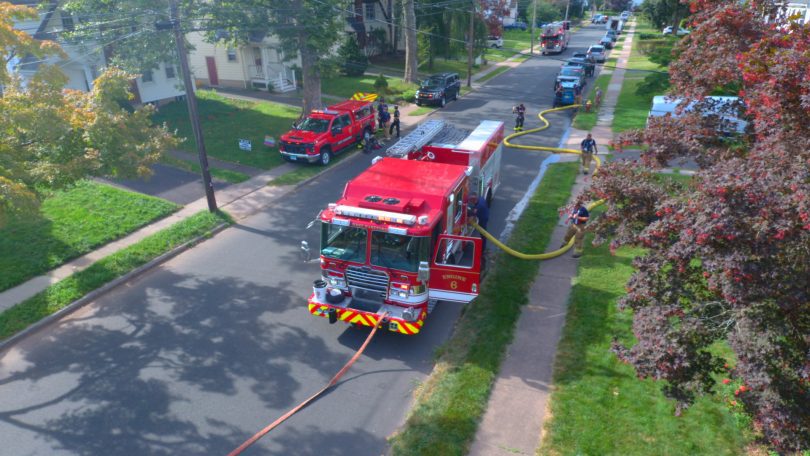 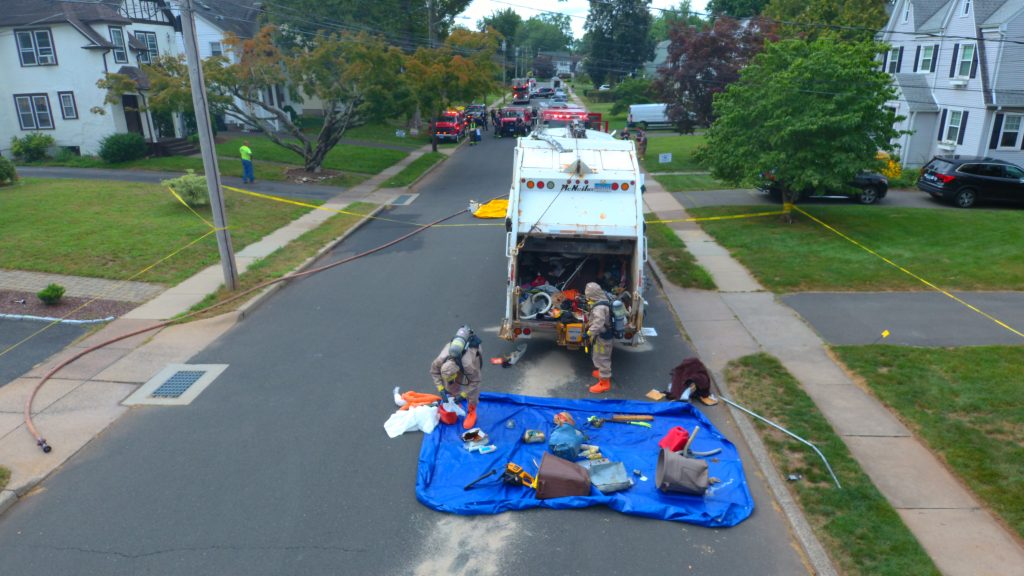 Chemicals disposed of incorrectly resulted in a hazardous situation on Ballard Drive in West Hartford on Wednesday morning, fire officials said, and police have charged the homeowner after investigating the incident.

According to Chief Greg Priest, the operator of a Paine’s trash truck contacted West Hartford Public Safety Dispatch at 7:44 a.m. Wednesday, reporting what appeared to be chemicals reacting “and emitting a white cloud” after substances had been thrown into the back of the truck.

West Hartford Fire Department and West Hartford Police Department responded immediately, and when Engine 1 arrived at the scene, roughly 5 minutes after the incident was reported, they found smoke coming from the rear of the trash truck, near where the chemicals had been thrown, as well as liquid leaking from the back of the truck.

The area around the truck was evacuated, Priest said, while officials determined the nature of the chemicals involved. Meters were used to confirm the safety of the air in the surrounding area.

Homes in the area did not need to be evacuated, Priest said.

According to Priest, there were no reported injuries or illnesses to bystanders.

After roughly three hours, crews were able to confirm the types of chemicals involved in and place the incident under control.

Following their investigation, West Hartford Police determined that a resident at 61 Ballard Drive had ordered a bulky waste pick-up, but Paine’s had refused some of the items because they were unknown chemicals. Police said the homeowner then threw the items into the rear of the open trash truck, resulting in the chemical reaction and need for a significant emergency response.

The road remains closed in the area until the hazardous waste is cleaned completely, police said, arrangements that are being made by and are the responsibility of the homeowner.

The homeowner, a 66-year-old man, has been charged with second-degree breach of peace, second-degree reckless endangerment, littering, and discharging without a permit. He was released on $5,000 non-surety bond, and due in court on Sept. 2, police said.

Priest told We-Ha.com that the chemicals were substances commonly found in residences but neither intended to be mixed together nor disposed of as regular household trash.

The incident was contained to the trash truck and roadway immediately surrounding it, Priest said, and other than the inconvenience, area residents were not adversely impacted.

No lasting environmental impact to the air or water is anticipated, Priest said.

West Hartford Police and ENCON Police, along with DEEP Emergency Response Units are continuing to investigate the incident.

While this incident did not result in illness or injury, it serves as a reminder of what can happen when materials are not disposed of properly.

“We would also like to use this opportunity to remind our residents that the disposal of household chemicals can be hazardous and there are specific procedures already in place to do so,” Priest said. “In conjunction with the MDC, the Town of West Hartford sponsors hazardous materials waste collection days twice annually. The next event coming up on Sept. 19 from 9 a.m.-1 p.m. at the West Hartford Department of Public Works on Brixton Street. More information about hazardous materials disposal can be found on the DEEP, MDC, and Public Works websites. 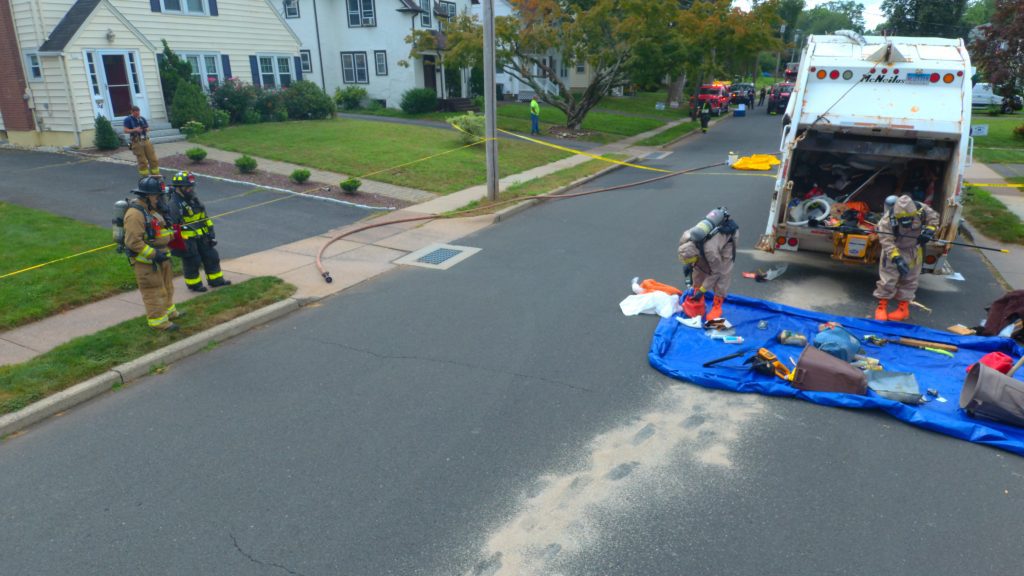 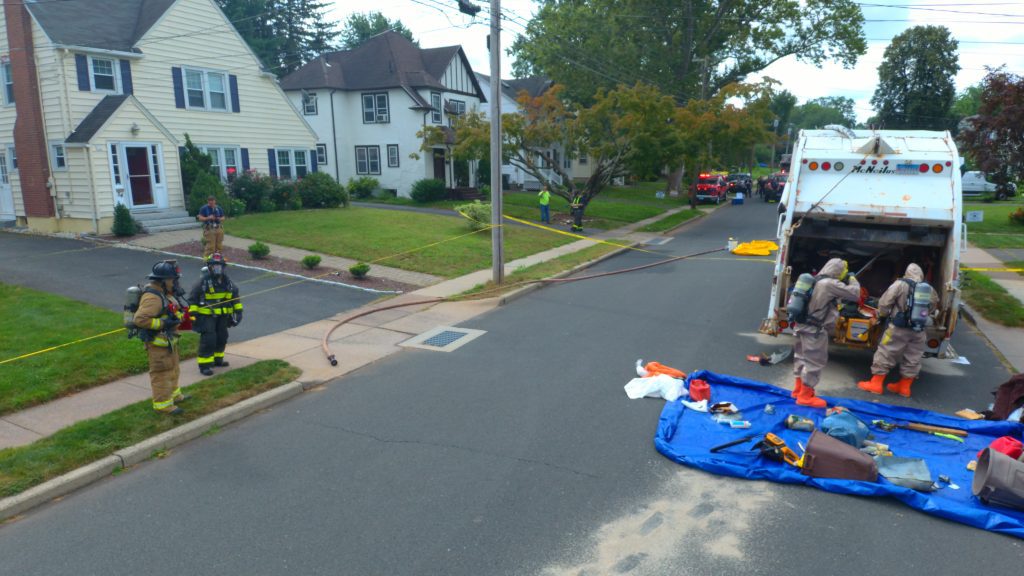