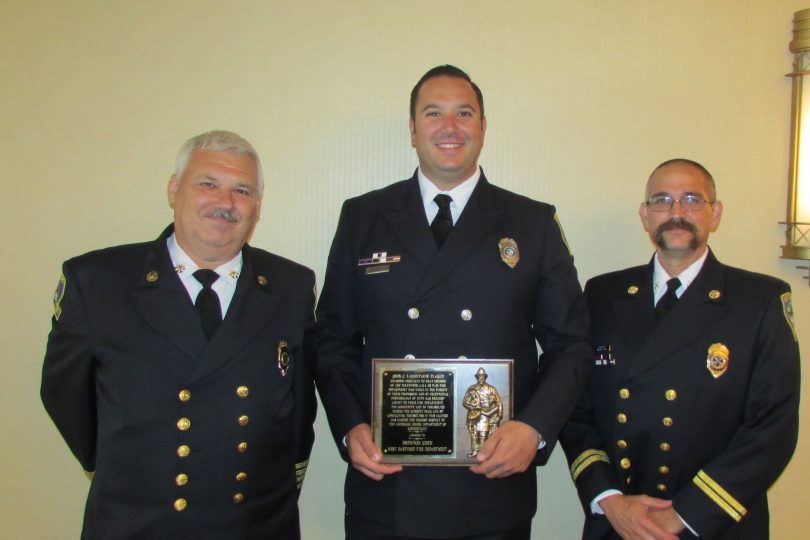 Firefighter Brendon Coen of the West Hartford Fire Department has been honored as the 2017 Firefighter of the Year by the Connecticut Department of the American Legion.

The John C. Lafontaine Plaque was presented to Firefighter Coen at the 99th Annual Convention of the Connecticut Department of the American Legion held in Trumbull, CT, July 6-8, 2017.

Firefighter Coen was honored as the West Hartford Firefighter of the Year by Hayes-Velhage Post 96 in October for his actions on Dec. 25, 2015 while traveling on Route 6 in Bolton. 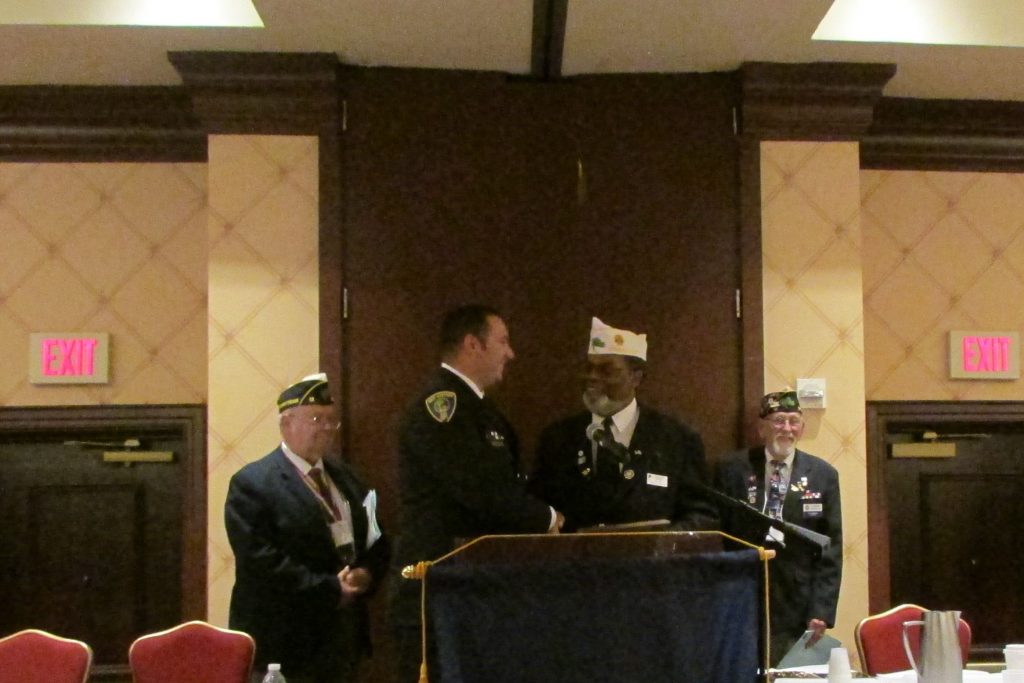 Battalion Chief William Kall described the situation and the response provided by Firefighter Coen. “It was Dec. 25, 2015, and Firefighter Coen had just worked the day shift at WHFD and was en route to his part time job as a dispatcher. He came upon a two car motor vehicle accident on Rt. 6 in Bolton. One vehicle was on its roof, the passenger was deceased and the other was upright and on fire with two unconscious/semi-conscious passengers.  Emergency Services were not yet on scene. Both occupants were trapped inside of the vehicle which was on fire. Firefighter Coen did not have any firefighting gear but broke the vehicle window and extricated the first victim, the passenger, and went back for the driver. The driver’s leg/foot was entangled in the pedals and center console requiring Firefighter Coen to partially enter the vehicle to extricate the driver as the fire starting to enter the passenger compartment. Upon arrival of the Fire Department, both passengers had been removed from the vehicle and the vehicle was well involved in flames. Both passengers were taken to the receiving hospital for treatment and later discharged.”

The American Legion was founded in 1919 on the Four Pillars of a strong National Security, Veterans Affairs, Americanism, and Youth Programs. With a current membership of over 2 million wartime veterans, Legionnaires work for the betterment of their communities through more than 14,000 posts across the nation. The American Legion Hayes-Velhage Post 96 of West Hartford has been serving our Veterans and the community for 95 years. Further information is available on the Post’s website at www.post96.org or phone the Post at 860-233-9029.