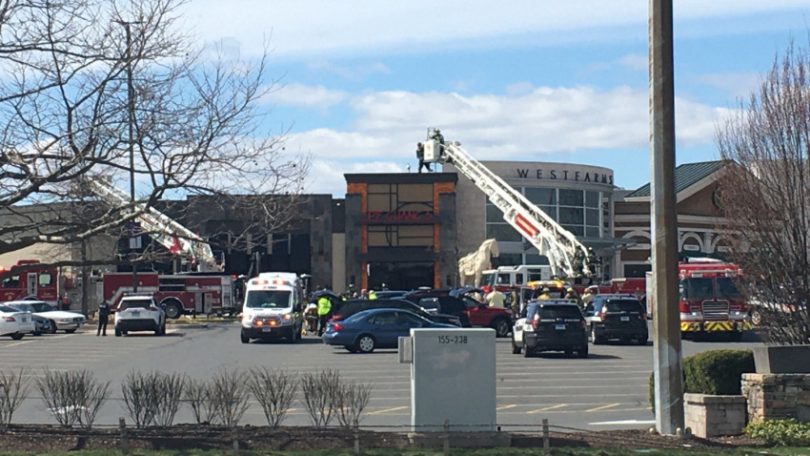 A fire broke out at P.F. Chang’s at Westfarms Wednesday afternoon. 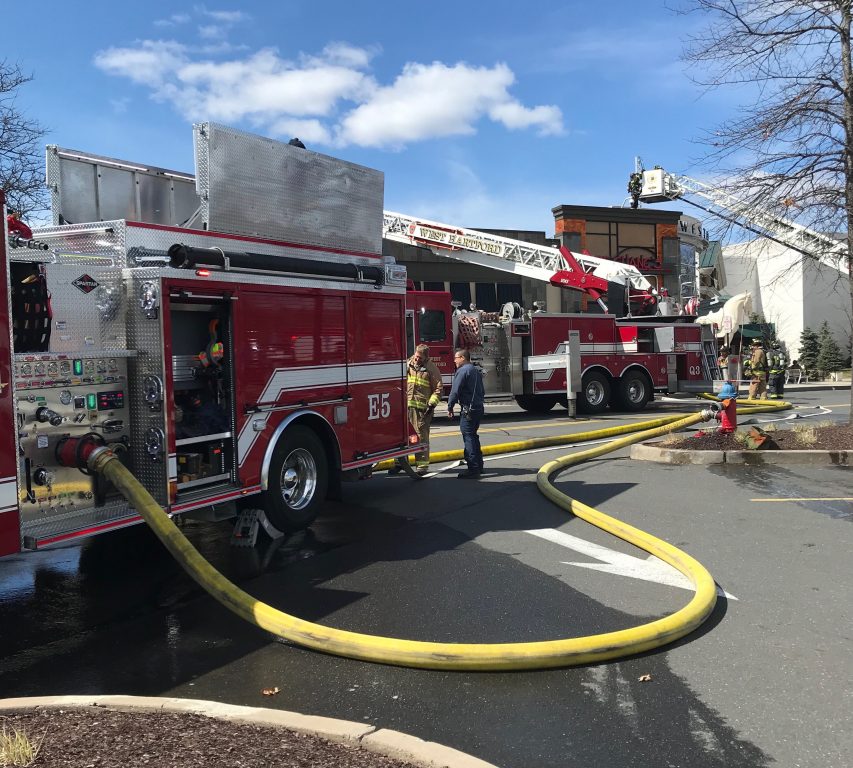 West Hartford firefighters successfully extinguished a blaze that broke out at Westfarms on Wednesday afternoon, with minimal damage to the structure, officials said.

According to Assistant Chief Hugh O’Callaghan, a call was received at the Public Safety Dispatch Center at 1:39 p.m. reporting a fire at Westfarms.

Units arrived at the scene in four minutes, O’Callaghan said, and saw smoke coming from the roof above P.F. Chang’s, which is located on the eastern area of Westfarms.

Lt. Neal Sinatro, who was the first arriving fire officer, “ordered an attack line be stretched inside the building and a ladder truck to the roof to investigate,” O’Callaghan said, and found the fire below the roofline.

The blaze was extinguished quickly, and damage to the structure was minimal, officials said. The cause is under investigation by the Fire Marshal’s Office.

All employees were able to evacuate without incident or injury, and there were no customers inside when the blaze broke out.

Although all restaurants are closed for on-premise dining amid the COVID-19 pandemic, and Westfarms itself is closed to the public, P.F. Chang’s has been open for takeout and delivery, as well as curbside delivery. 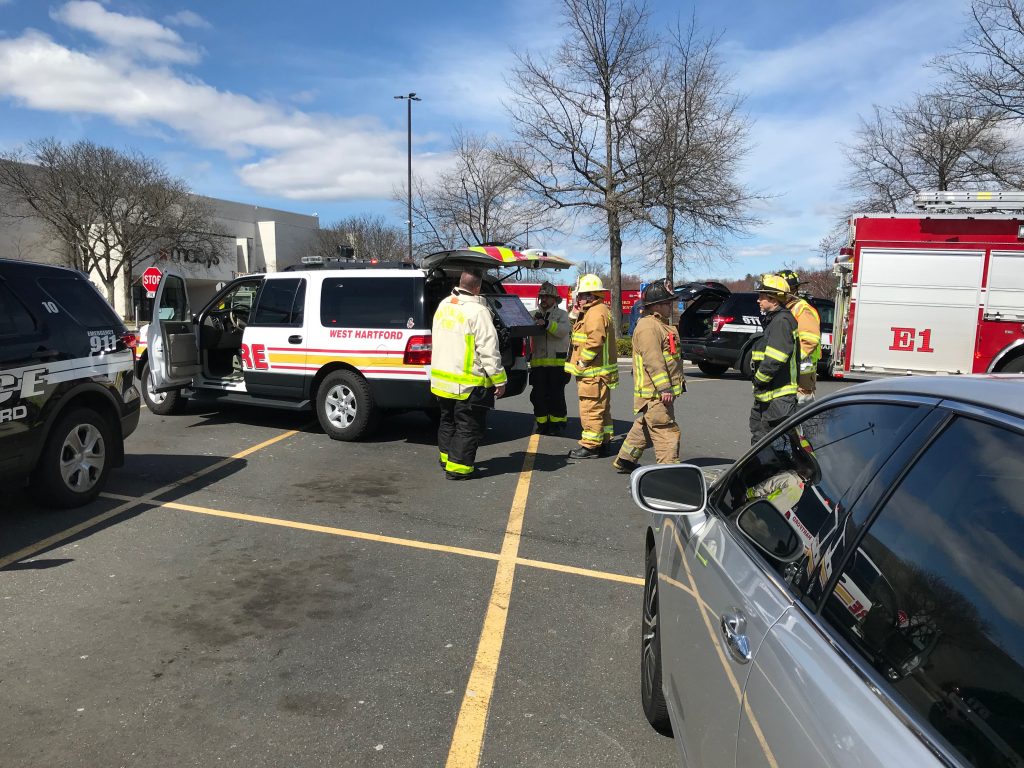 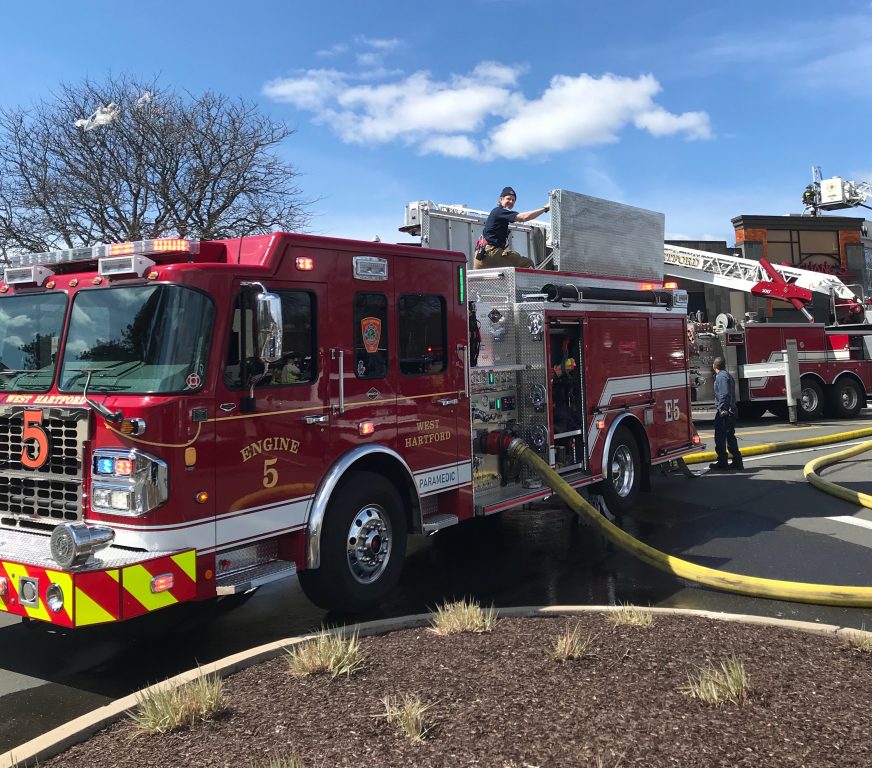