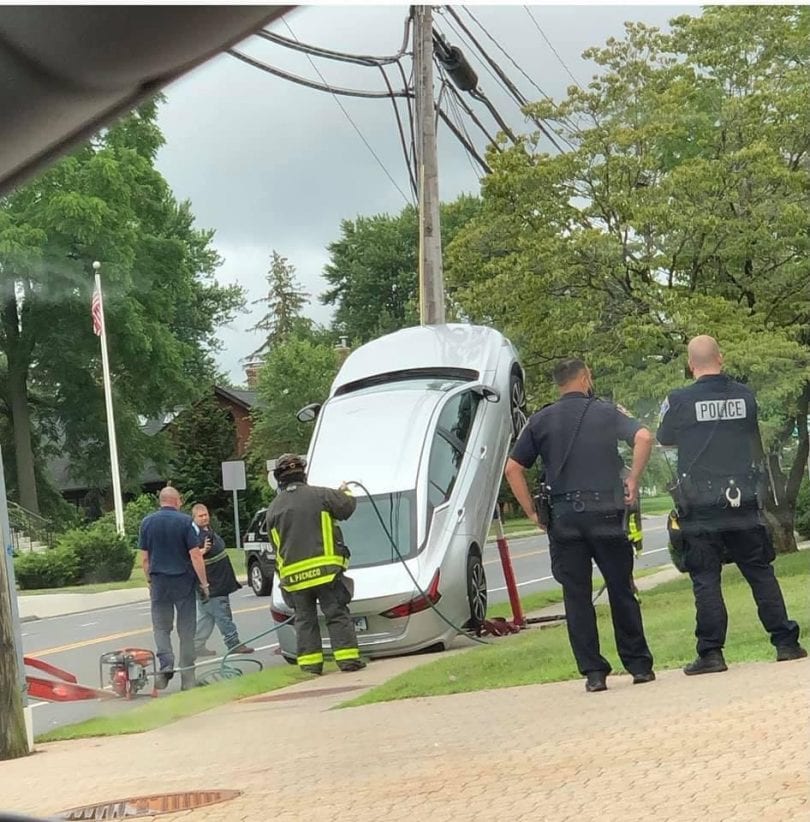 A vehicle became stuck on the guide wires of a utility pole after veering off the road. Photo courtesy of Dona Berry

A vehicle involved in a crash in West Hartford on July 4 became stuck on the guide wires of an Eversource utility pole.

A driver was safely extricated from a vehicle that became stuck on the guide wires of an Eversource pole on Newington Road on Sunday morning, West Hartford Police said.

The incident, which took place just outside Jerry’s Artarama, across from CVS, happened at 9:30 a.m. on July 4.

“The vehicle, which had all four tires off the ground, was resting on its rear bumper and the guide wires,” Nagle said in an email.

After stabilizing the vehicle, the West Hartford Fire Department said they used a frame ladder to safely extricate the driver, who reported no injuries.

This is why we train every day. You just can’t predict anything on this job. A frame ladder used to extricate driver after vehicle was stabilized and no injuries reported. ⁦@WeHartford⁩ ⁦@TownofWestHrtfd⁩ ⁦@whctv5⁩ pic.twitter.com/QWa3PVAdTL

Newington Road was closed for about an hour, Nagle said.