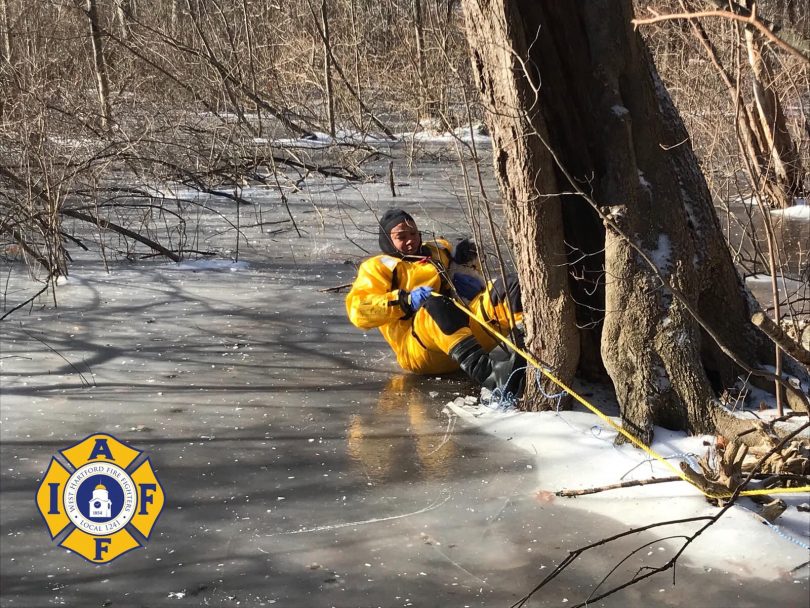 West Hartford firefighter Marsha Adell was able to slide out to a dog on the ice on Steep Hollow Lane. 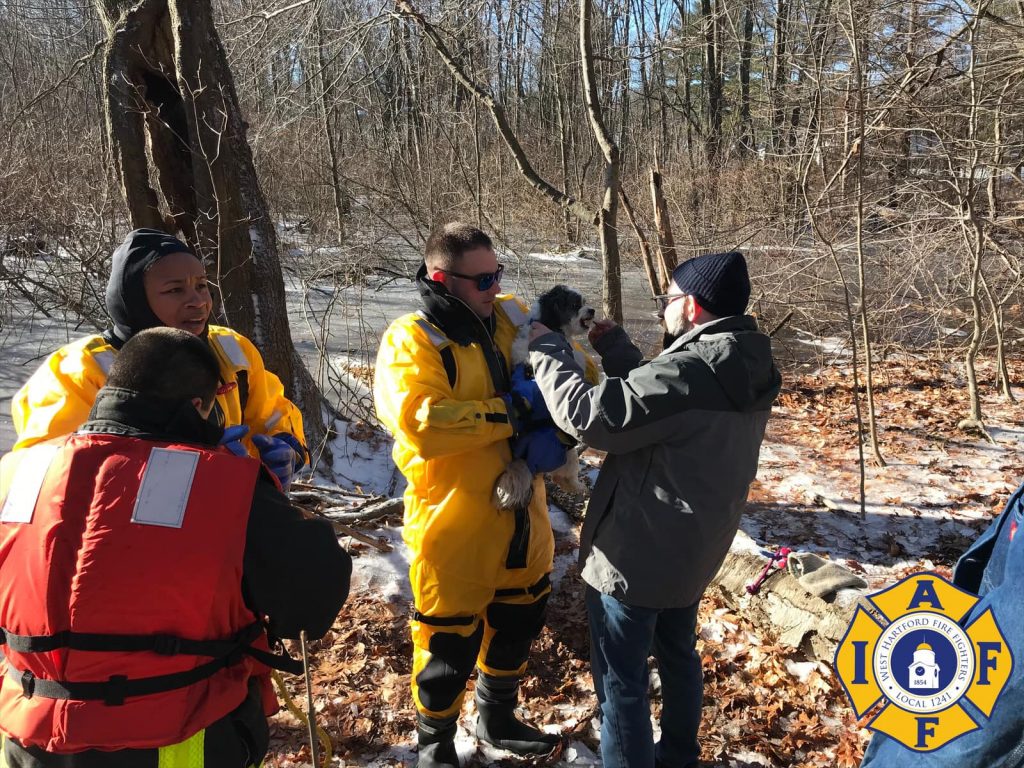 A firefighter with the dog rescued Friday. At left is Marsha Adell who slid out onto the ice to get the dog. Courtesy of West Hartford Fire Department

A dog that had run out onto the ice on a pond was rescued Friday afternoon by West Hartford firefighters who utilized their ice rescue skills to retrieve the pup.

According to Battalion Chief Eric Munsell, who responded to the scene along with units from Engine 5 and Engine 2, a resident of 39 Steep Hollow Lane reported that a small dog had escaped an electric fence and run out onto a frozen swamp/pond area behind the homes.

The dog was not trapped in the ice, but was 30-40 feet out and refused commands to come made by the owner, neighbors, fire department personnel, and West Hartford Animal Control.

Firefighter Marsha Adell successfully slid out onto the ice and grabbed the dog, successfully and safely returning the pup to the homeowner.

There were no apparent injuries to the dog.

“The fire department was able to utilize ice rescue skills and equipment that fortunately doesn’t have to get used often in an emergency setting,” Munsell said in an email. “Also, and more importantly, it was good to see that the people such as the neighbors trying to assist, had good sense to not attempt a rescue of their own on questionable ice,” he added. 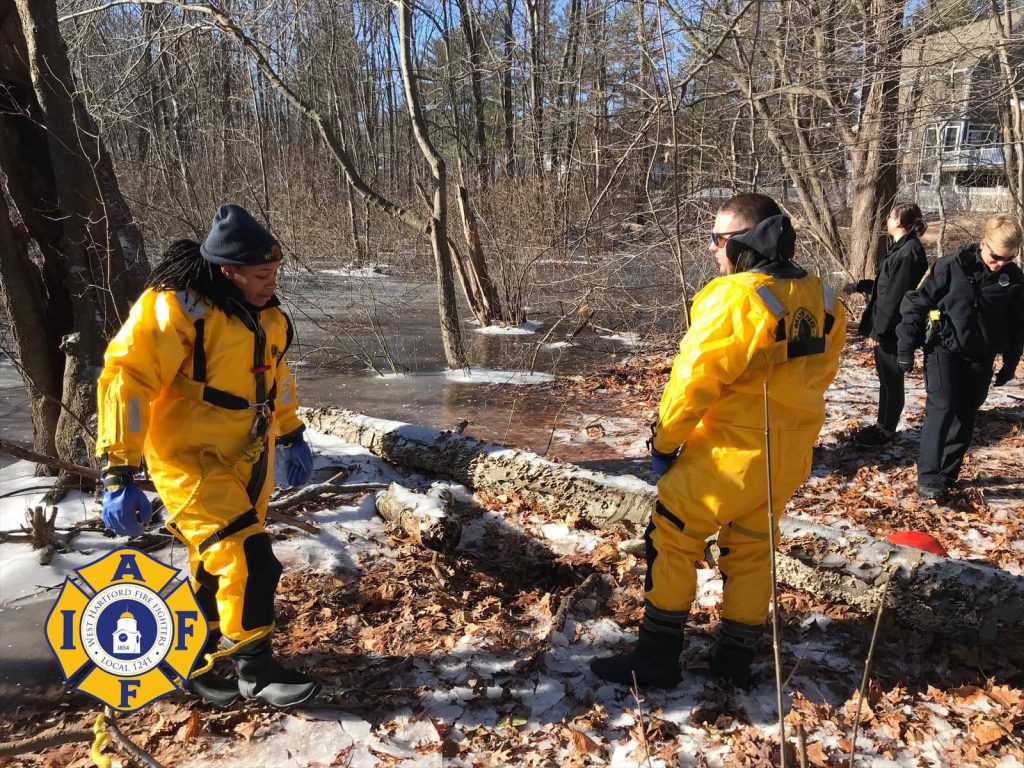 Dog rescue on Steep Hollow Lane. At left is firefighter Marsha Adell who slid out to get the dog. Courtesy of West Hartford Fire Department 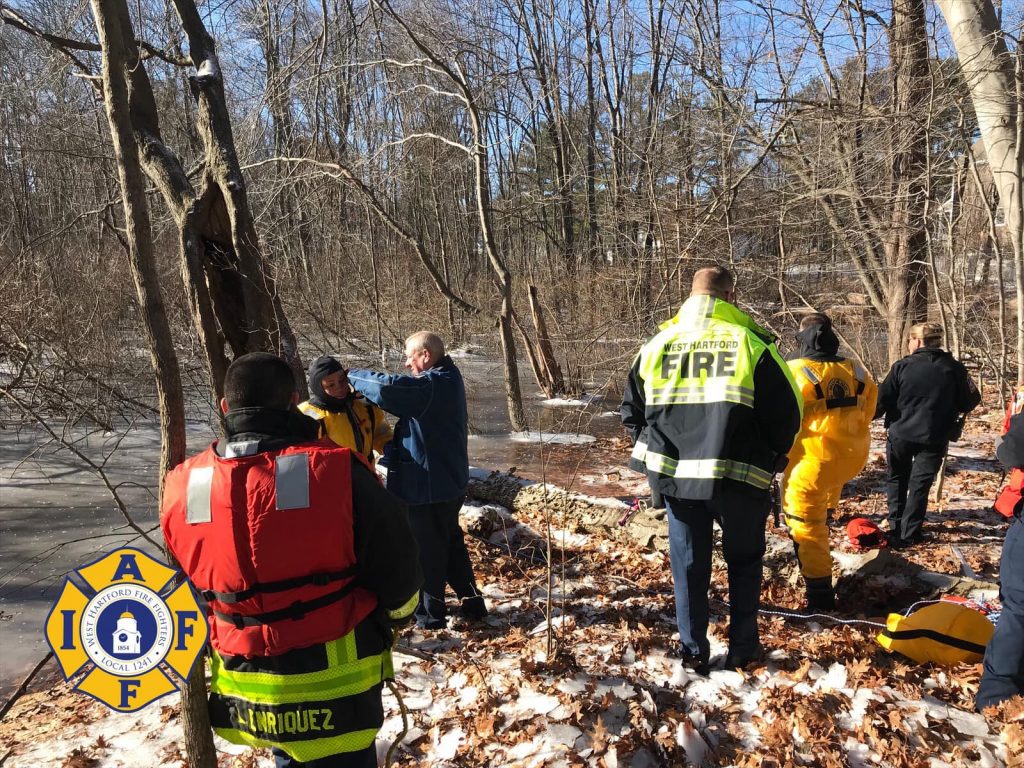 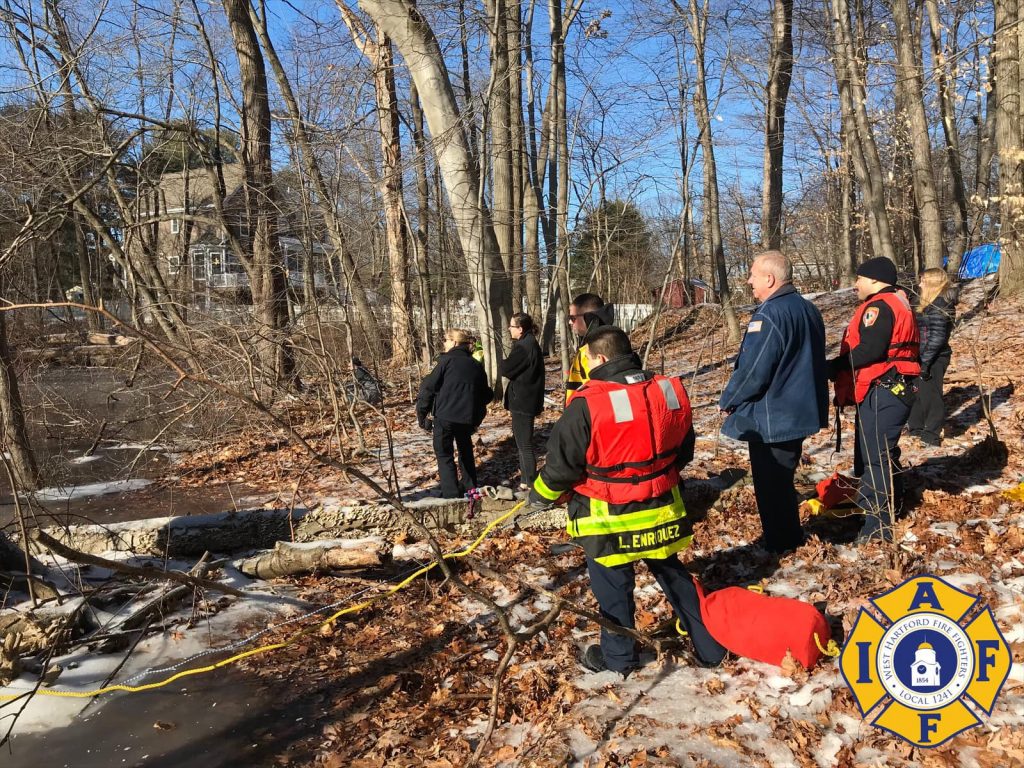