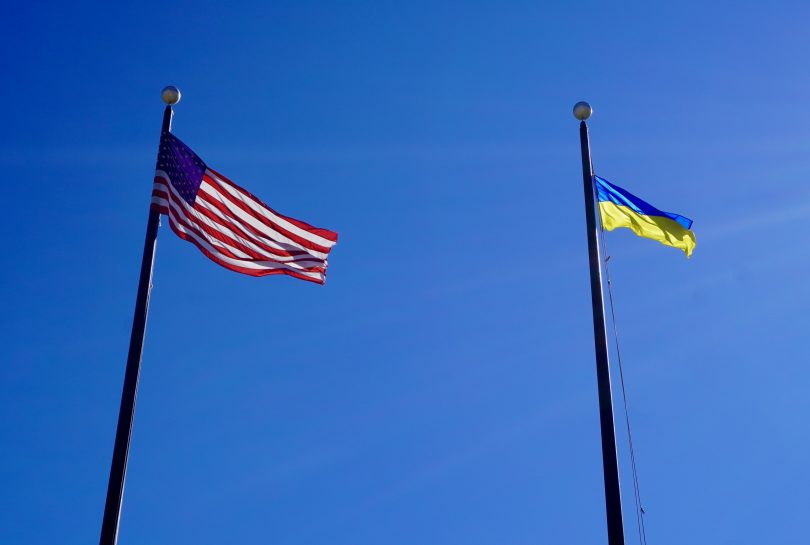 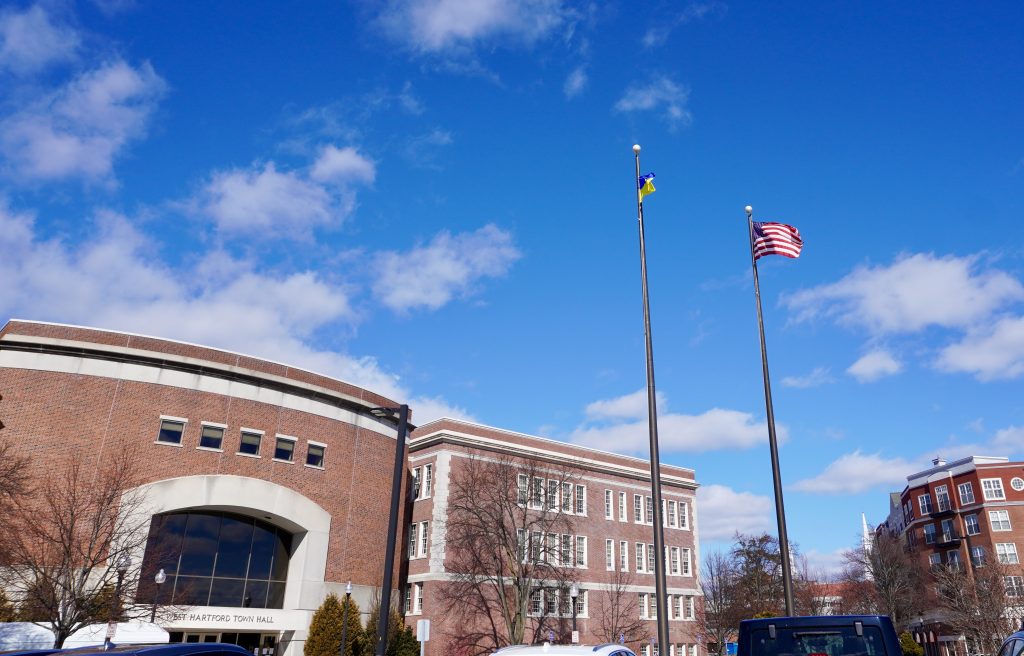 The Town of West Hartford ordered a Ukrainian flag last week, which arrived Tuesday, March 1, and while it was initially hoisted onto the single flagpole on Unity Green in the Center, on Thursday, the flag was moved to the front of Town Hall, where it is flying on a flagpole next to the American flag.

“We were motivated to put the flag up in the most visible spot as soon as we received it to share our support for the Ukranian people and their resistance to this unprovoked invasion of their independent, democratic country,” Mayor Shari Cantor said Thursday morning. “We have moved it to adhere to national flag protocols to its own pole in front of Town Hall.”

Flying a Ukrainian glad is a small gesture of solidarity for the Ukrainian people and a way to show our support “for their fight for freedom and democracy and against authoritarianism,” Cantor said. “We are inspired by the leadership of President Zelensky and the incredible bravery, courage, and strength of the Ukrainian people to fight for their country.” 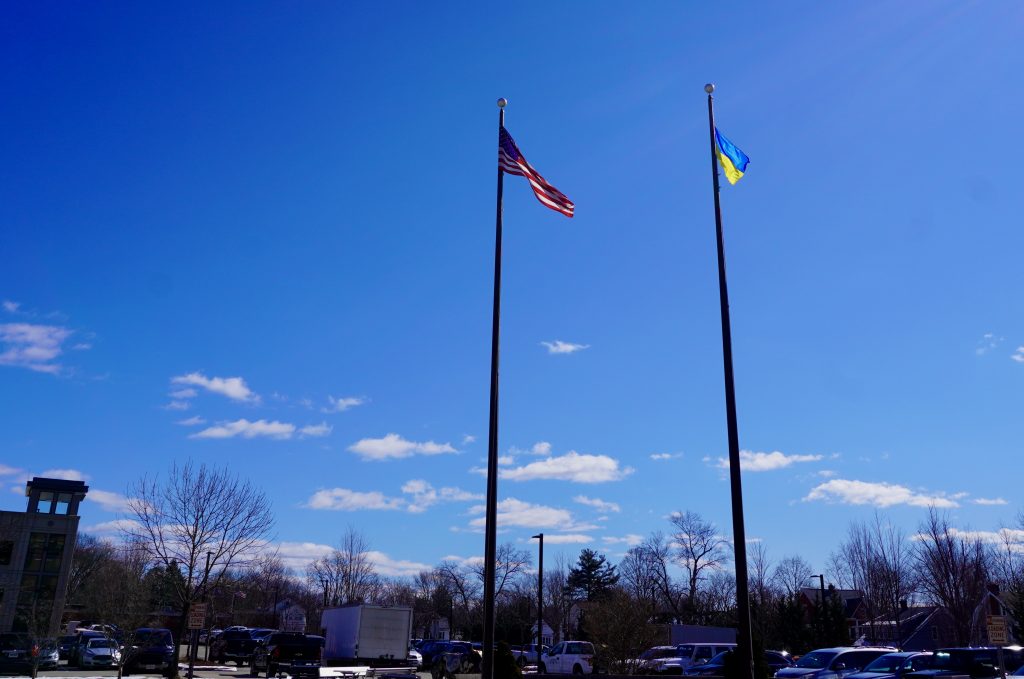 The town also offered the following list of resources for members of the community who are interesting in assisting those who are struggling as a result of the humanitarian disaster caused by Russia’s unprovoked invasion of Ukraine: