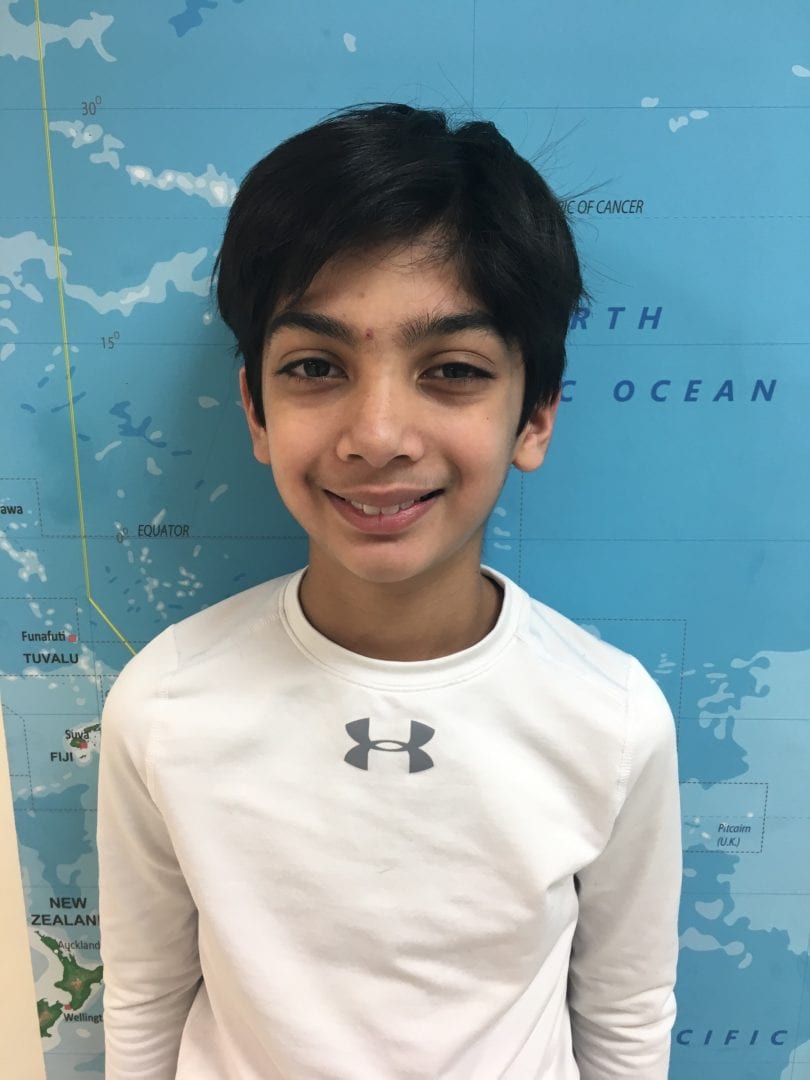 Aarav Mathur, a fourth-grader at Aiken Elementary School in West Hartford, was one of just 15 winners statewide in the contest.

Aarav Mathur was one of approximatey 700 students to enter U.S. Sen. Chris Murphy’s second annual Martin Luther King Jr. Day Essay Challenge, and the West Hartford fourth-grader was excited to learn that he was selected as one of just 15 winners from throughout the state – and one of only three in the first Congressional district.

The challenge was open to elementary, middle, and high school students from Connecticut. The 500-word maximum essays were to “reflect on Dr. King’s dream and their own aspirations,” according to a news release from the senator’s office.

“Racism, homophobia, and prejudice are tragically alive and well in America today,” said Murphy in a statement announcing the essay contest. He said he launched the challenge to encourage students throughout the state to help make “Dr. King’s dream for equality – no matter your skin color, national origin, religion, or sexual orientation – a reality.”

In his essay, shared by Aiken Elementary School Principal Shannon Mlodzinski (included at the end of this article and in its original form, complete with illustration, as a PDF below), Aarav wrote about race relations in the 1960s and said that King “was a black man who gained equal rights not for his family, but for all of America.”

Discrimination existed because of skin color, Aarav said. “Dr. King thought this was wrong and wanted to change things by fighting back without actually fighting,” he wrote.

Aarav said in his essay that race relations are better now than they were in King’s era, and that if King were still alive, he would think his dream came true when Barack Obama was elected as the country’s first black president.

Aarav wrote that his own aspirations are to “be very smart and educated,” something made possible by Martin Luther King Jr’s efforts.

“His famous ‘I Have A Dream’ speech from 1963 can help me go to Yale when I go for college,” Aarav wrote.

“Dr. King inspired us all to fight for justice and equality. For the second year in a row, I’m totally blown away by the essays and ideas of these students. It was hard to pick just a few winners,” said Murphy in a statement on Monday. “Today, we reflect on Dr. King’s legacy, and I hope that students across Connecticut who wrote essays took it as an opportunity to do so. If they stay engaged and fight hard for what they believe in, they can accomplish anything they set their minds to.”

Winning essays will be displayed in Murphy’s office, and all of the winners have also been invited to join Murphy at a special pancake breakfast celebration at Wesleyan University.

Martin Luther King Jr. was a black man who gained equal rights not for his family, but for all of America. He did this because back in the 1960, black and white people were not at peace. This was because white people thought they were more talented than black people, since their skin was lighter. This also occurred with other certain regions. Dr. King thought this was wrong and wanted to change things by fighting back without actually fighting, just like Mahatma Gandhi did with the British.

I believe that if Dr. King were here in the present, he would think his dream finally came true, and that our country chose Barack Obama as President. I think people still have problems getting along, but it is much better now thanks to him.

When I grow up my dream is to be very smart and educated. Martin Luther King Jr’s efforts made this possible by allowing different people the chance to do anything they wanted. His famous “I Have A Dream” speech from 1963 can help me go to Yale when I go for college.

The complete list of winners, provided by Murphy’s office, are: