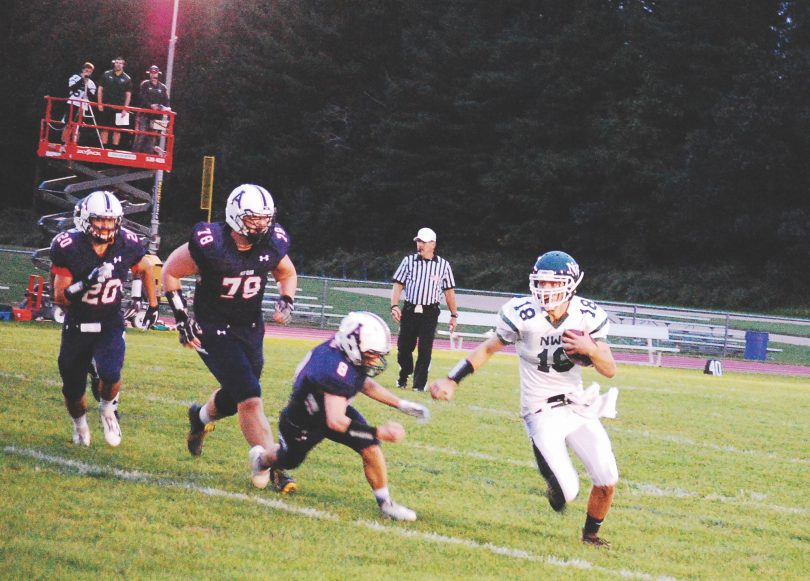 It has been five years since Northwest Catholic had a winning record. That streak could end this fall.

Under first-year head coach Michael Lenz last fall, the Lions went 4-6 and generated excitement around the program. The season was capped with a 41-0 thrashing of rival East Catholic in the final game last November.

When Northwest Catholic lines up on offense and defense, seven starters on both sides of the ball are returning players. And being a small school, most are two-way.

“We expect Isaac to carry the load and to help set the tone on offense,” Lenz said, adding that a slimmed-down Riley will be faster this fall.

When he’s not carrying the ball, Riley will look to make an impact on defense. Last season he led the team with 9 ½ sacks and amassed 74 tackles.

Lenz also has high expectations for senior quarterback Connor Rich, an all-conference selection. With good size (6-foot-2, 195 pounds), a strong arm and athleticism, he can be a dual threat. Last year he threw for 600 yards and rushed for that many, throwing touchdown passes and scoring seven on the ground.

“He has improved both mentally and physically at the QB position,” Lenz said.

Seniors Skye Dolce and Evan Thompson also are expected to be standout two-way players. Both were named all-conference. Dolce is a tight end/linebacker and Thompson an offensive tackle/defensive end.

“The best thing is that the players have high expectations for themselves and the program,” Lenz said.

With experienced players at the skilled positions, Lenz said the offense must do a better job at finishing drives. The Lions scored 14 point or less in all six of their losses last year.

Lenz expects his defense to be stout again this year. At linebacker, Dolce led the team with 83 tackles last season. Rich, a defensive back who had three interceptions, will be joined in the secondary with Sidoti at safety and Mealha at cornerback.

When the Lions open Sept. 14 against visiting Rocky Hill, they will be looking to beat the Terriers for the first time since 2015. The new opponents on the schedule are Weston, Notre Dame of Fairfield, and Lewis Mills. 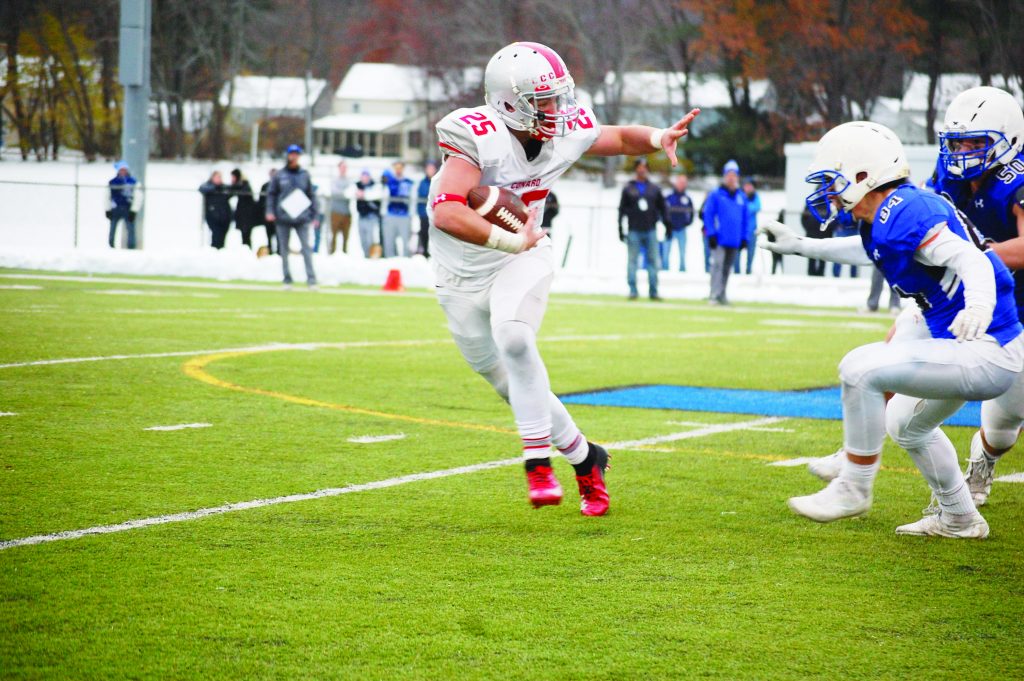 Conard quarterback Arsen Shtefan has been known to tuck the ball and carry it. Photo credit: David Heuschkel

Due to graduation and partly because of injuries, quarterback has been a revolving position in Matt Cersosimo’s first six years as head coach of the Chieftains.

Senior Arsen Shtefan took over at QB midway through last season. He is among the eight returning starters for Conard, which opens the season with a tough challenge Sept. 13 when the Chieftains host Southington at McKee Stadium.

Coming off a 3-7 season, the Chieftains have a solid returning core to build around. The group includes senior linemen Peter Simplicio and Gabe Hernandez. 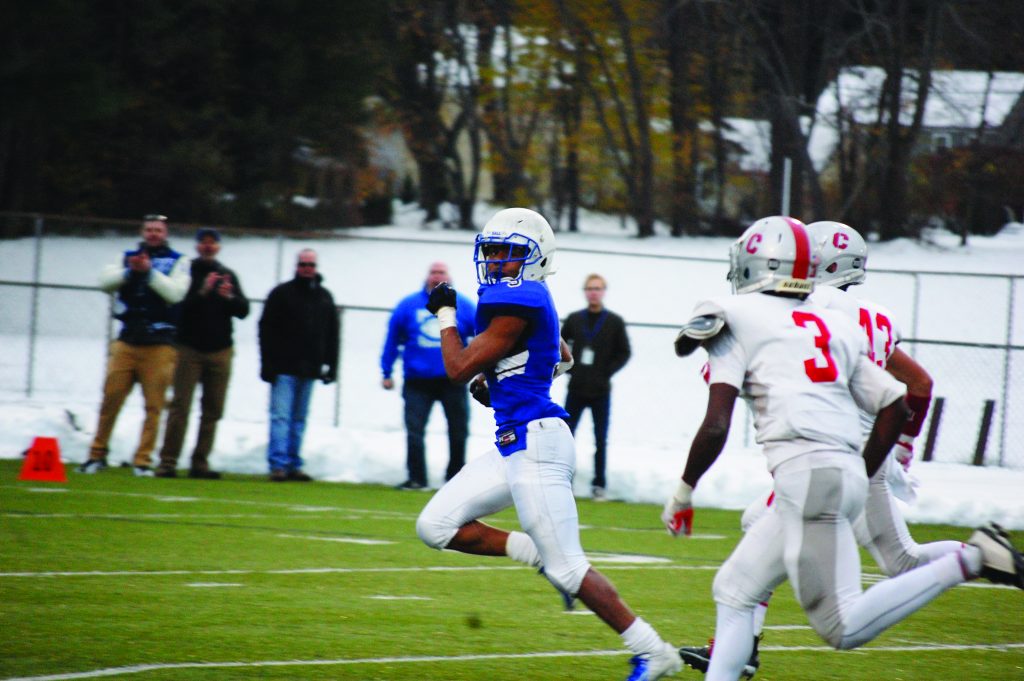 Senior Matt Keller takes over as the new starting QB for the Warriors. The team has an all-conference receiver with senior Gabe Salomons and a very good running back with junior Izzo Lizardi.

The Warriors open the season Sept. 13 at Home against Simsbury.