Both West Hartford high schools were once again ranked among the top schools in Connecticut, and in the top 3% nationally in the 2022 U.S. News & World Report ranking of the country’s public high schools.

The other traditional high schools in the top 15 are all located in Fairfield County and include Darien (the state’s top-ranked school in 2022, Weston, Staples (Westport), New Canaan, Ridgefield, Greenwich, and Wilton.

“Once again we are thrilled at the recognition of the work of our students in continuing the tradition of excellence at both Conard and Hall,” Superintendent of Schools Tom Moore told We-Ha.com after learning of the 2022 report. “Both schools are very deserving of being gold medal schools, and this recognition reflects the efforts of our teachers from Pre-K through 12th grade.” 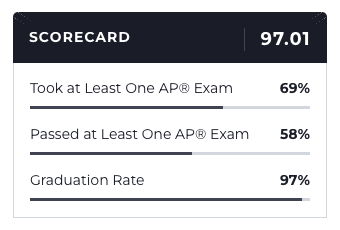 At Hall, 69% of students took at least one AP exam, and 58% received a grade of at least 3 or higher on one AP exam. The school ranks 13th in the state among all high schools on the U.S. News “College Readiness” index and 12th statewide on both the “State Assessment Proficiency” and “State Assessment Performance” indexes.

Specific details regarding Hall’s ranking can be found here. 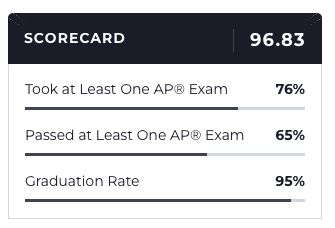 At Conard, the AP exam participation rate was 76%, and 65% of students received a passing grade of at least 3. Conard is ranked seventh in the state among all high schools on the U.S. News “College Readiness” index and sixth on the “College Curriculum Breadth” index.

Specific details regarding Conard’s ranking can be found here.

The data for the most recent ranking was based on the 2019-2020 school year, and therefore is the first year the report’s data was impacted by the COVID-19 pandemic. U.S. News & World Report provided the following details about how the calculation was done this year:

The vast majority of all public high schools in the country are ranked according to U.S. News’ 2022 methodology, the organization said in a news release.

“In coordination with North Carolina-based RTI International, a global nonprofit social science research firm, U.S. News ranked approximately 17,840 public high schools out of the nearly 24,000 reviewed. This is the count of public high schools that had a 12th grade enrollment of 15 students or greater, or otherwise had sufficient enrollment in other high school grades during the 2019-2020 school year to be analyzed,” U.S. News stated.

Thomas Jefferson High School for Science and Technology in Alexandria, VA, part of the Fairfax County Public Schools district, is once again ranked No. 1 in the country according to U.S. News.