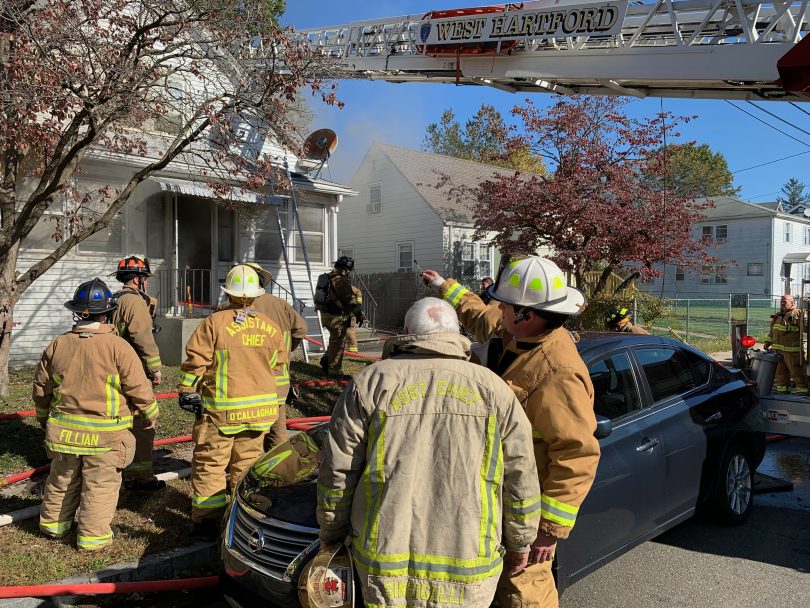 The West Hartford Fire Department extinguished a significant fire that extended from the basement through the walls of a home on Selldan Street Thursday morning and resulting in injuries to two people. 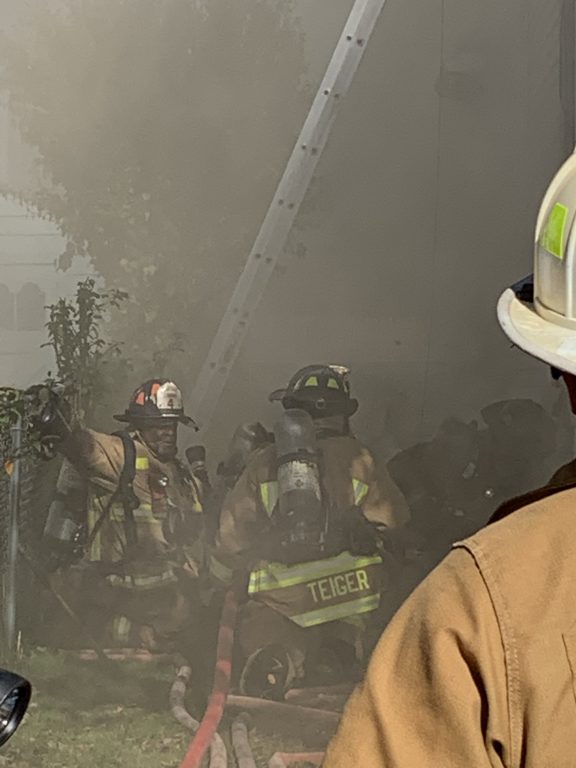 The West Hartford Fire Department faced a challenging situation Thursday morning at a single family home – with heavy heat and smoke and an initial report that an occupant was possibly inside the residence. 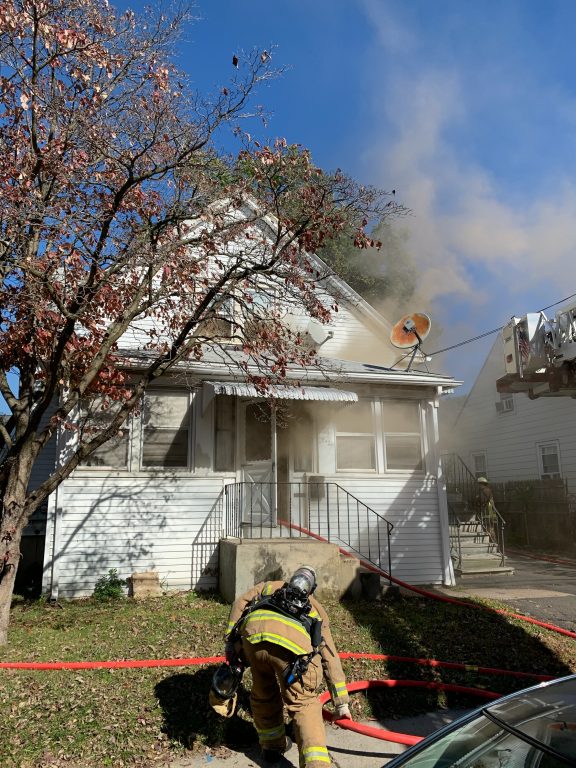 Fire Chief Greg Priest said Public Safety dispatchers received a report of smoke from a residence at 26 Selldan St. at 11:23 a.m. Thursday, and firefighters, along with West Hartford Police and American Medical Response (AMR) responded to the scene.

Firefighters, arriving at 11:28 a.m., found heavy smoke coming from the residence and a chaotic scene.

“An occupant of the house reported to police officers and firefighters that there was the possibility that a family member was still inside,” officials said. The search for an occupant received immediate priority, Priest said.

“Through quick action of the police, we ascertained that the location of the person was offsite,” said Priest, and efforts then focused completely on battling the blaze.

Firefighters faced high heat, smoke, and challenging interior conditions from the fire, which was deeply seated in the basement and had extended up through the walls to the first floor of the home.

“It was a long-duration fire,” Priest said, with active firefighting for more than an hour before the blaze was reported under control at 12:44 p.m.

“This is the type of fire that requires multiple bottles of air,” Priest said, and he commended crews for working through the physical challenges and high heat situation.

All five West Hartford companies responded, and the Hartford Fire Department also assisted at the scene. The New Britain Fire Department and AMR provided mutual aid coverage for the rest of the town during the incident.

Priest said he believes that five people live at the home, but he did not have information about their ages.

The residence sustained significant damage from fire, smoke, and water, and has been deemed uninhabitable. The Red Cross and West Hartford Social Services are assisting the residents.

The cause of the blaze is currently under investigation by the fire marshal.

“I’m very proud of their efforts,” Priest said of the firefighters, and also noted his thanks to the other companies that provided assistance and West Hartford Police. 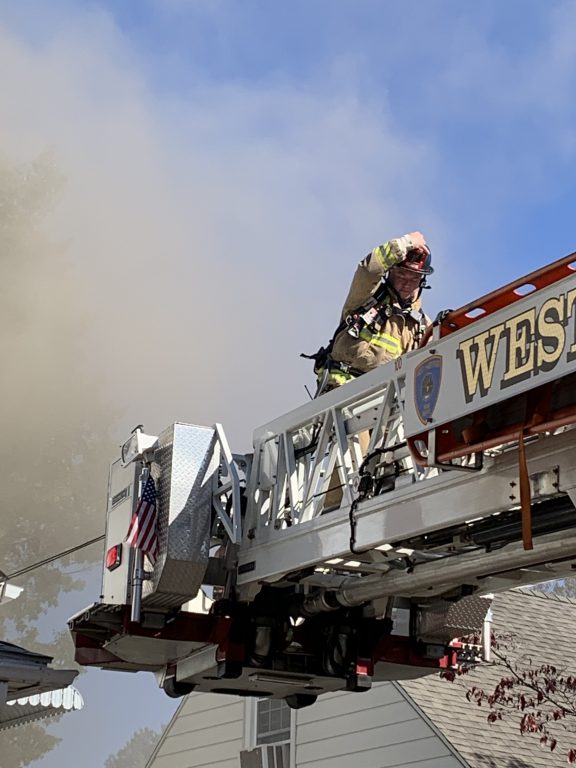 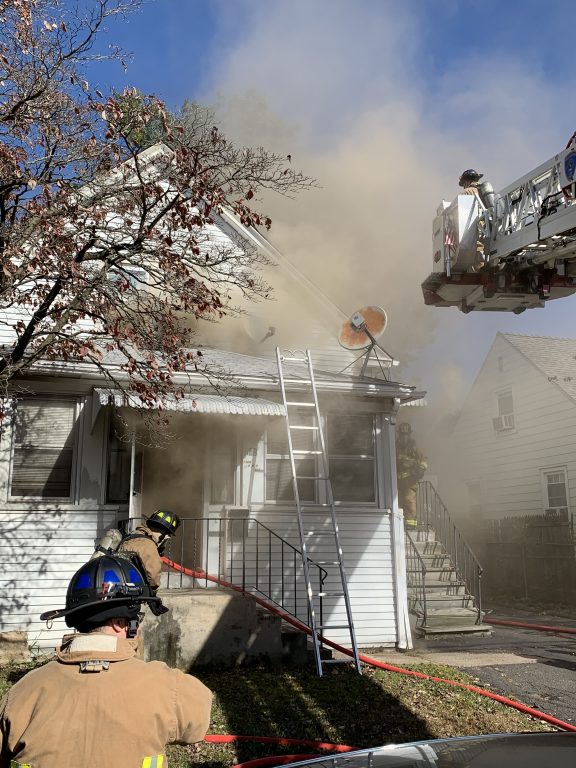