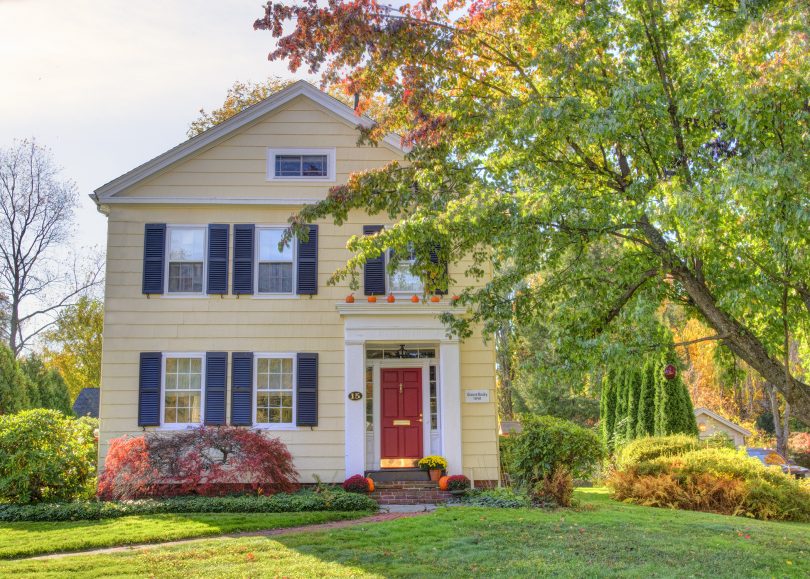 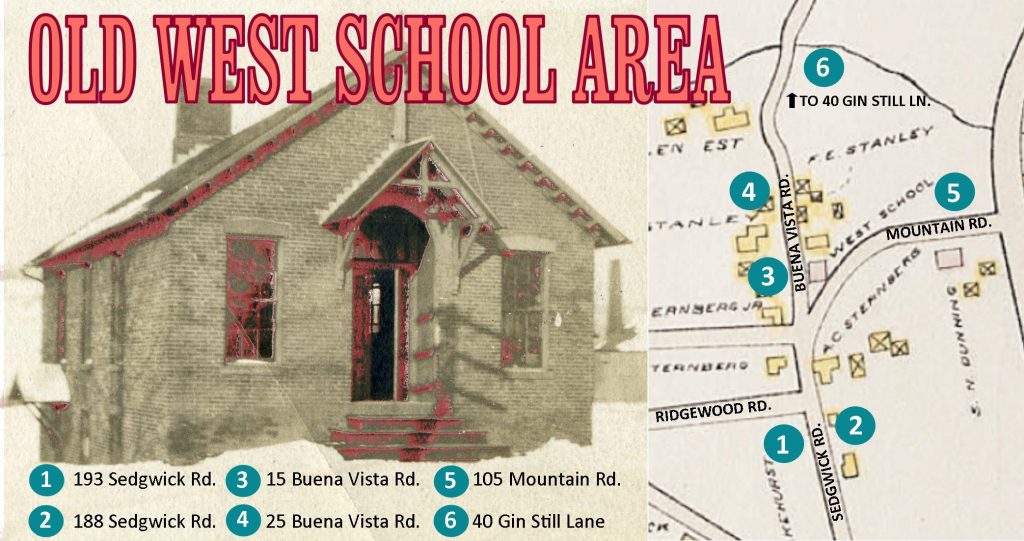 Most house tours are all about curb appeal and décor, but while the six West Hartford homes available for viewing Sunday are all attractive, this tour offers an educational and historical perspective.

“Not just a pretty house” is once again the theme of the West Hartford House Tour sponsored by the Noah Webster House & West Hartford Historical Society because in addition to viewing six distinctive private homes in the “Old West School” area, participants in the tour will explore the history of West Hartford through its varied architecture and learn about the former residents who once made this town their home. 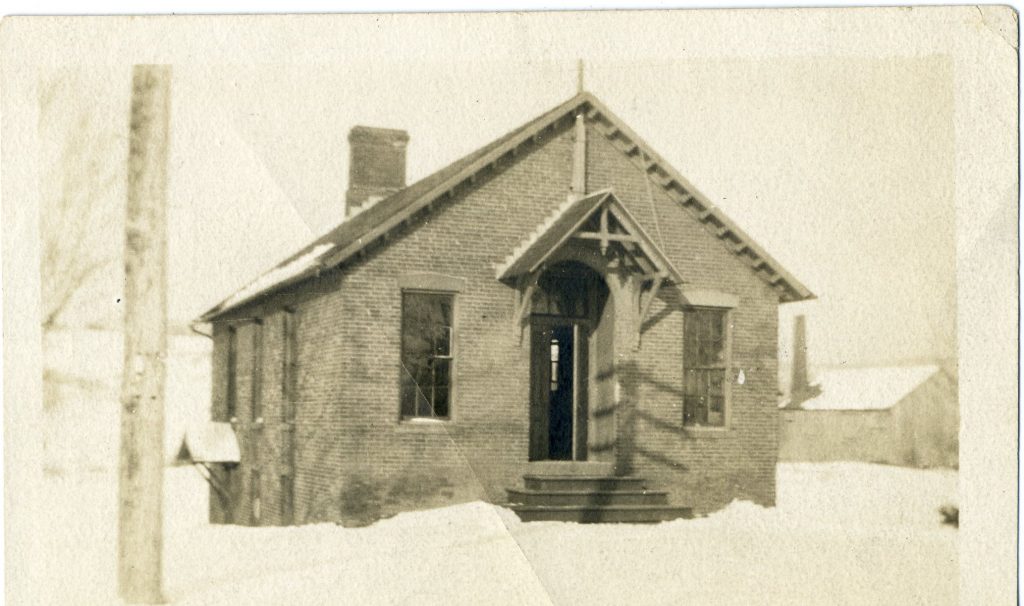 “The landmark of the neighborhood is the one-room schoolhouse formerly known as West School,” added Matos, and while it’s not part of the tour, participants will pass by it several times as they walk from house to house and it is the iconic building that really defines the neighborhood. “The building became the headquarters for the West Hartford Art League in the 1930s and that likely saved it from destruction. Today, it is the only one-room schoolhouse left in town,” she said.

This year’s selection of houses represents 100 years of architectural history, and weaves together the story of how the Old West School neighborhood evolved.

Matos said that while some of the houses on tour are located in the Buena Vista Historic District, that neighborhood is typically associated with the area up the hill. “Of course, the hill was originally known as Selden Hill, where generations of the Selden family made their home,” she said. “Buena Vista didn’t get its name until the 1890s, when inventor and resident Benjamin Desjardins coined the name – for obvious reasons. It’s got a great view!”

Matos provided the following information about the homes on the tour: 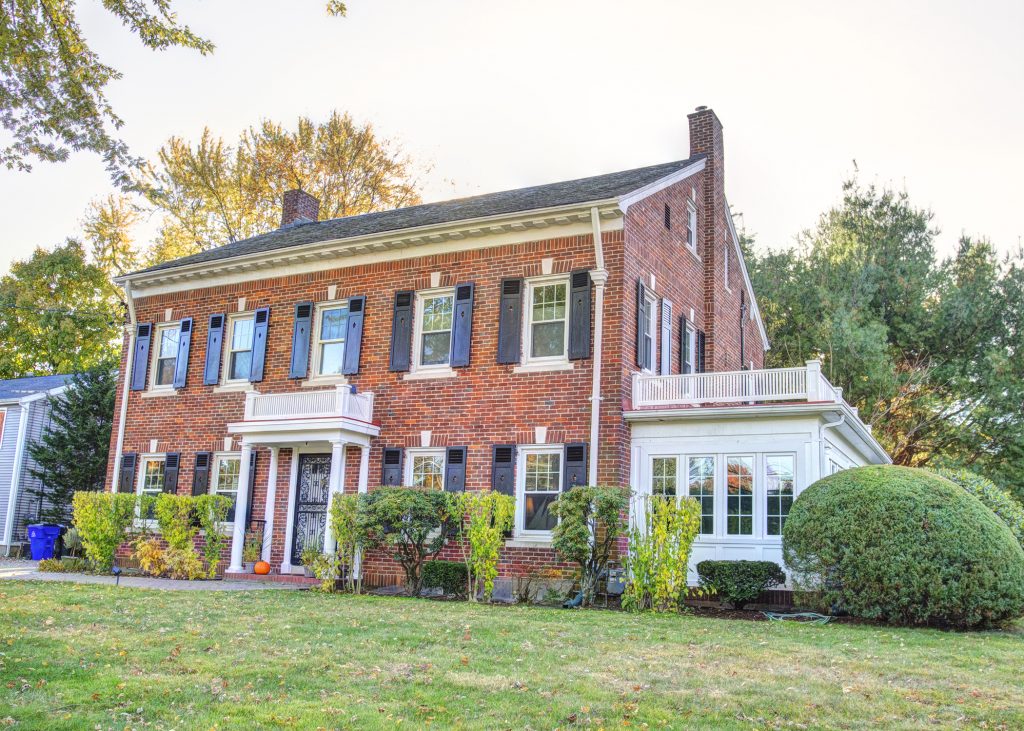 A stately red brick Georgian Revival that sits atop a steep rise on the prominent corner of Sedgwick and Ridgewood roads. This house was built for Josiah and Eleanor Clark, designed to resemble the Henry Wadsworth Longfellow Homestead in Portland, ME. Their son, W.D. Clark, owned a realty company that developed Ridgewood Road and the house at 193 Sedgwick was the first house. The quality of the house set the tone for the new “Ridgewood Heights” subdivision. 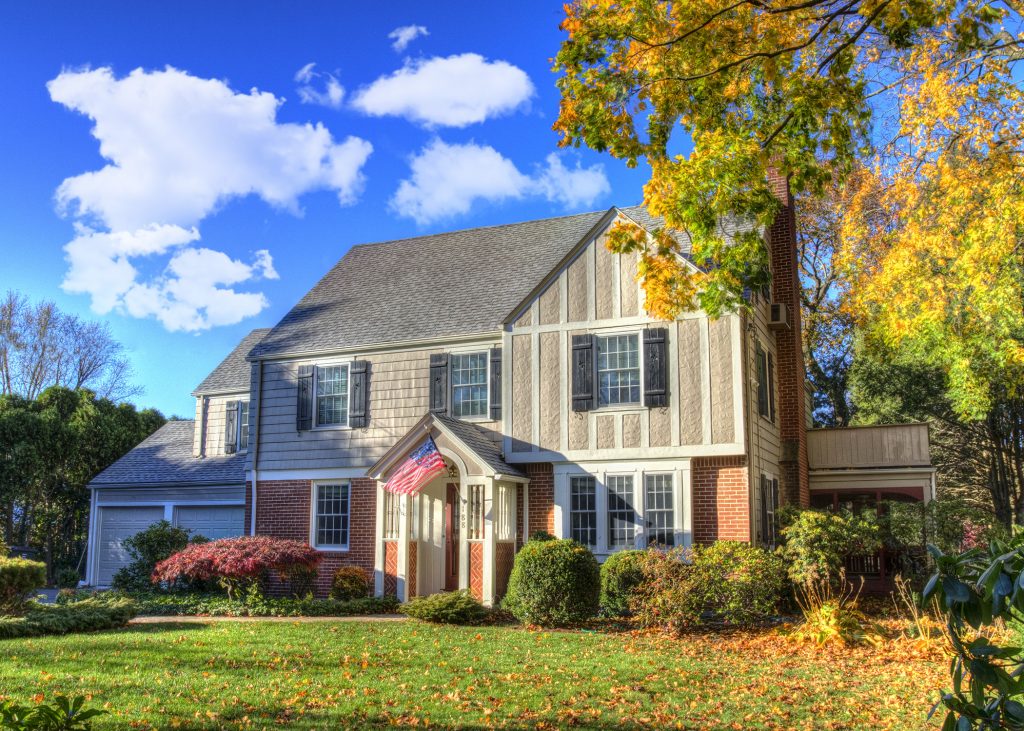 This Tudor Revival house was built for Matilda Graham, the widow of James H. Graham, and her two adult daughters. James Graham owned a grocery store in Hartford and prior to his death, the family lived in Hartford on New Britain Avenue. The house was part of the “Carlson Tract,” a section of houses on Castlewood Road and Rosedale Road developed by David Carlson. The exterior features allusions to the Tudor Revival with brick, stucco and half-timbering. 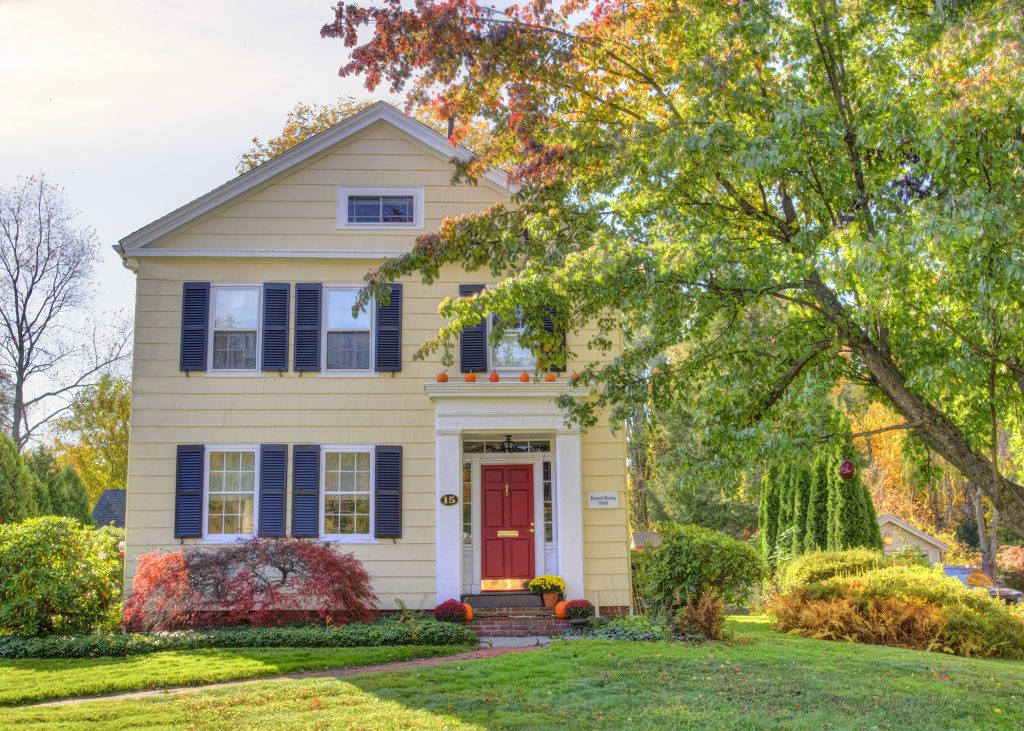 This Greek Revival home is the oldest on this year’s House Tour and is certainly a landmark in the neighborhood. It was built for newlyweds Edward Stanley and his wife Susan Selden. Edward was the first West Hartford representative to the General Assembly of Connecticut in 1855 and the town’s first selectman. His son, Frederick E. Stanley, took ownership of the farm and developed the surrounding land after 1910, including the site of 105 Mountain Rd., which is also on this year’s tour. 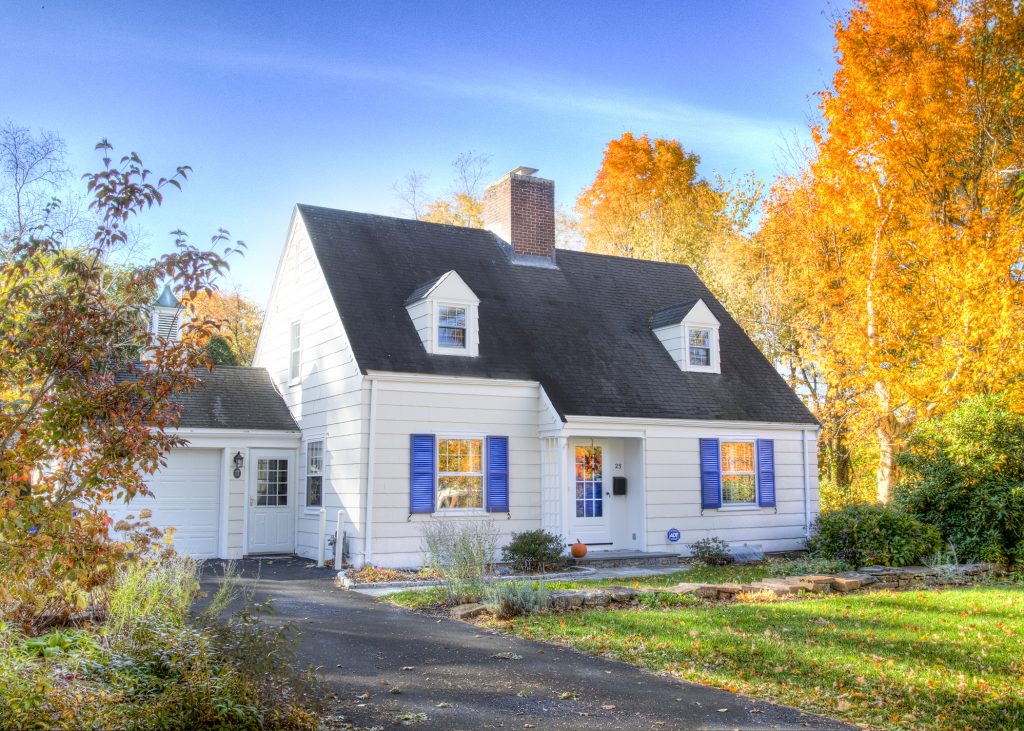 This Cape Cod Cottage – and the one next to it at 21 Buena Vista Rd. – was built for a newlywed couple, Richard and Elizabeth Sweet. Elizabeth’s brother and sister-in-law, John and Lois Mallory, built the house next door. At the time, the neighborhood was known as the West Hartford Golf Club. Both Richard and John were employed at Travelers Insurance Co., and the commission of these architect-designed homes during the Great Depression is evidence of how the insurance industry was largely insulated from the effects of the stock market crash. 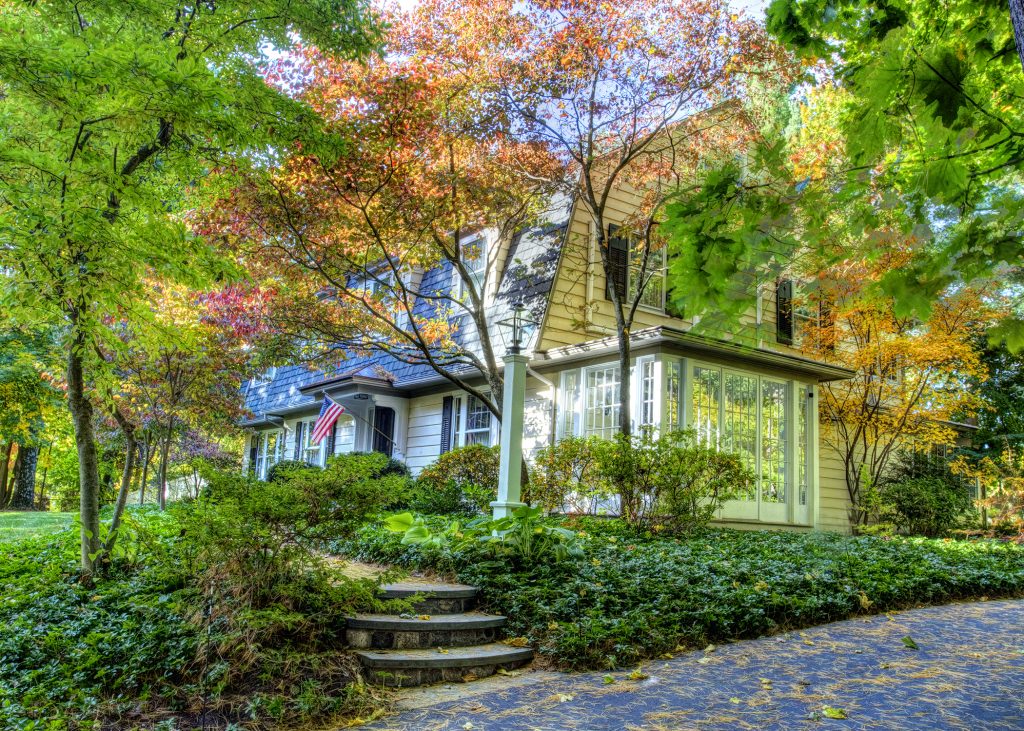 This Colonial Revival house was built for Michael Manternach, a native of Luxembourg, on land previously owned by the Stanley family of 15 Buena Vista Rd. Manternach was a member of the West Hartford Town Council and the president of the Manternach Company, an advertising company and the Graphic Arts Company, a printing and photo engraving firm that printed photos for the Hartford Courant. The house was designed by William Marchant, the architect who also planned the old William Hall High School (today’s Town Hall). 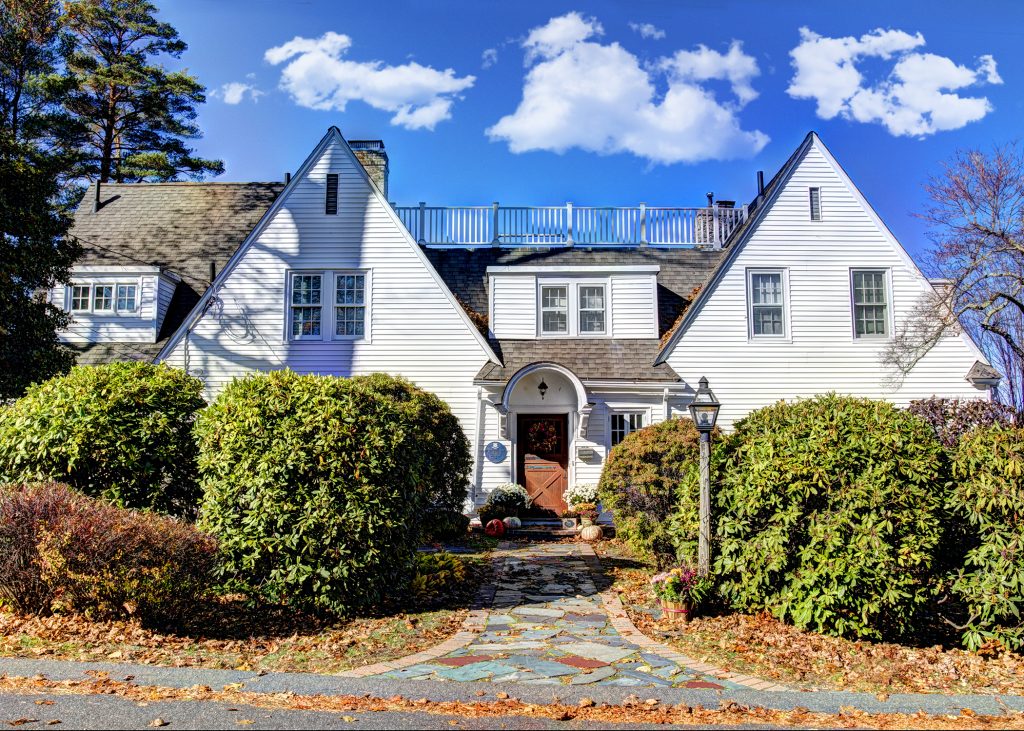 Possibly built in the 19th century, this intriguing home was updated in 1937 to include the Colonial Revival features that it now boasts. At the time of its construction, the home would have been one of only a handful of houses on Buena Vista, then known as Selden Hill. Although today the street is known as Gin Still Lane, historic maps show that the upper part of the street was once called Highland and the lower part of the street was Fairview. The home was possibly owned by stock broker Clinton T. King.

Tickets are $30 in advance ($25 for Museum members) if purchased by Friday, Nov. 8, and then $35 in advance or at the door. For tickets and additional information visit www.noahwebster.yapsody.com.

Advance ticket holders can commence their tour at any of the residences and visit them in any order they wish. Tickets will be available the day of the event outside of 193 Sedgwick Rd. and 25 Buena Vista Rd. Parking for this event is available on any side street or in the parking lot of Solomon Schechter School. 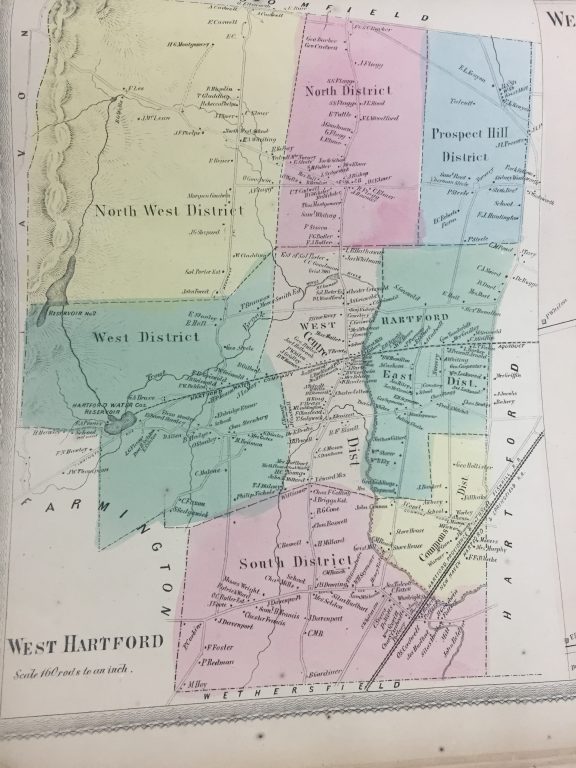 This year’s house tour will be in the “Old West School” neighborhood. Many residents will recognize the Old West School, the one-room schoolhouse situated at the curve of Sedgwick and Mountain Roads. The school was built in 1878, at a time when the town was divided into districts: Centre, South, North, Prospect Hill, East, Commons, North West, and West. Each district was required to have its own independently operated school. The location of the West District’s school was strategic to provide a central access point for the neighborhood children. At the time, Sedgwick Road was known at Park Road and it ran roughly along today’s Buena Vista Road ending at the intersection of Farmington Ave. Both “Park Road” and Mountain Road were major thorough-fares where the earliest homes of the area were located.

At the turn of the 20th century, Hartford’s elite began to leave the increasingly crowded City of Hartford for the more pastoral suburb of West Hartford. The establishment of a trolley line on Farmington Avenue provided convenient public transportation for Hartford industrialists and insurance workers  who wanted to live in the suburbs. The houses they built were gracious, country-estate type homes with gardens, landscaping, and areas for outdoor entertaining. Even though the homes were built on major streets like “Park Road” and Mountain Road, the area was scenic and refreshingly quiet compared to the bustle of the city. One of the first major residential developments occurred in the “Buena Vista” neighborhood of town, which boasted its proximity to the trolley line on Farmington Avenue to prospective buyers. Later, an extension of the trolley line was laid on the section of Mountain Road south of Farmington Ave. to provide access to the ice ponds of the Trout Brook Ice & Feed Co.

Unlike other parts of the country, the real estate market in West Hartford did not slow down during the Great Depression. At that time, Hartford was the “Insurance Capital” and the white collar professional class it employed was largely insulated from the stock market crash. As the automobile gained in popularity, the ability to live farther from the workplace increased. New houses filled in the lots next to the older homes, most in the popular Colonial Revival and Tudor styles, and additional side streets were developed.

House construction was put on hold during World War II, when building supplies were diverted to the war effort, and just after the war, when materials were still scarce while the economy shifted from a military to a domestic market. From 1945-1970s, West Hartford experienced a building boom, making up for the pent up demand, but the nature of the architectural style had changed since before the war. Houses were now made as simply and cheaply as possible while still being acceptable to the middle class, with less fine woodwork and detailing. Houses were also built to be more multi-purpose, with the understanding that the average home buyer could not afford hired help. Instead, women were expected to leave the work force, where they had gone to help during the war, and maintain their own homes.

The area of the Old West School contains homes of various architecture types and ages. Examples of houses on this year’s West Hartford House Tour include 15 Buena Vista Rd., an 1840 Federal style home built for Edward Stanley; 105 Mountain Rd., a Dutch Colonial from 1917; 193 Sedgwick Rd., a brick Colonial Revival built in 1928 as a replica of Henry Wadsworth Longfellow’s house; and 25 Buena Vista Rd., a 1940s Cape Cod style “cottage” built for a Travelers Insurance worker. Each house has an interesting story to tell, not only about its architecture and design, but also about its original builders and past occupants. The original owners of these homes include a land owner and farmer, an entrepreneur, an insurance executive, and Travelers Insurance worker.  What they had in common was that they all made West Hartford their home and helped shape the landscape of today’s town.