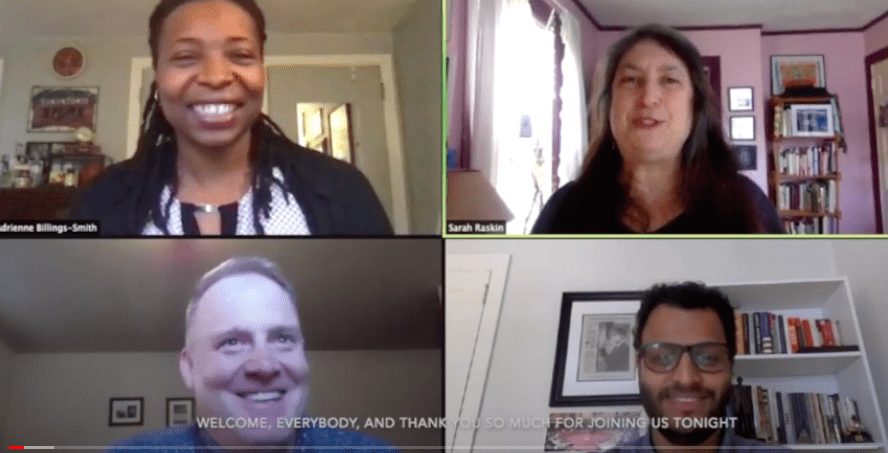 The event was held virtually, but that did not detract from the impact of the program led by the West Hartford Human Rights Commission Thursday night, which included a reading of the Universal Declaration of Human Rights by more more than 50 residents and in more than a dozen languages, as well as musical performances and poetry.

“We are truly humbled and appreciative of all the time the community took to read the Declaration,” Boraey said.

“Dec. 10, 1948, is the date that the General Assembly of the United Nations approved the Universal Declaration of Human Rights declaring that ‘recognition of the inherent dignity and and of the equal and inalienable rights of all members of the human family is the foundation of freedom, justice, and peace in the world,'” Mayor Shari Cantor said, as she read a proclamation declaring Dec. 10, 2020 “Human Rights Day” in West Hartford. The entire text of the proclamation can be found as a PDF below.

She noted that 2020 has presented multiple challenges to health and welfare in the community, and the events of the year – the pandemic and the Black Lives Matter movement among them – exposed deep inequities.

“In order for us to truly live the meaning of the declaration, we must change,” Everette said. “We must name and acknowledge the barriers that exist and prevent people from living a full, free, and complete life,” she said, barriers that include racism, sexism, heterosexism, xenocentrism, ageism, and ableism.

The good thing about 2020, Everette said, is that “Now we see these truths, we know them, we are talking about these truths, we are increasingly making our understanding better.” We will be able to make them history, and have a new narrative going forward.

“Tonight, let us collectively breathe life into the universal human rights declaration,” she said. “We put words into action … let this be a celebration and a reminder.”

Each chose a different location around town to record their excerpt of the Declaration. 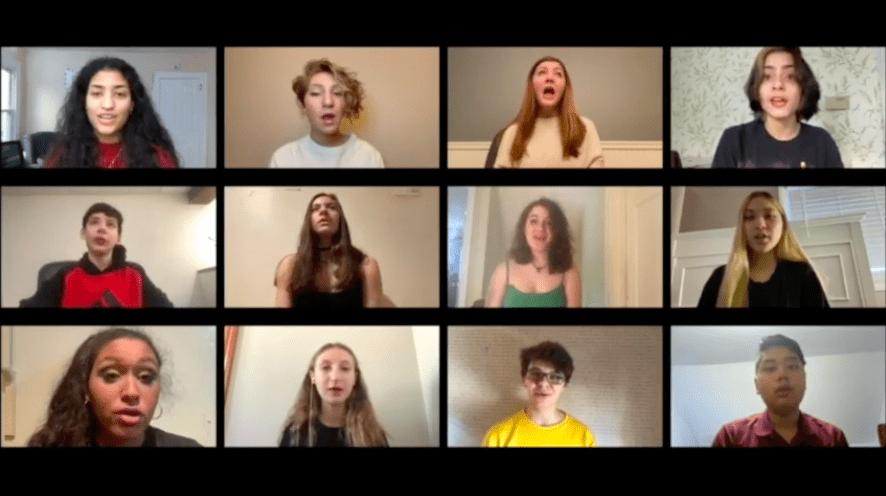 Interspersed between the articles of the Declaration were musical performances. Conard’s Voices of the World Choir provided a virtual performance of “Be the Change” and “Sing Your Own Song UB40,” and additional musical interludes were provided by Jaroslaw Lis, violinist with the Hartford Symphony Orchestra, Kate Callahan, who served as Connecticut’s 16th State Troubadour, and 2018 Hall graduate Emma Waddell.

Conard freshman Donna Gurung performed a dance to the song “Aaja Bara Hate Patuki,” which represents her native country, and former West Hartford Poet Laureate Julie Choffel read the poem “Everything in Our World Did Not Seem to Fit.”

Written tatements from various community organizations, in support of the Universal Declaration of Human Rights, were also interspersed between the readings.

The program was recorded and can be viewed in its entirety on WHCi’s YouTube channel below.