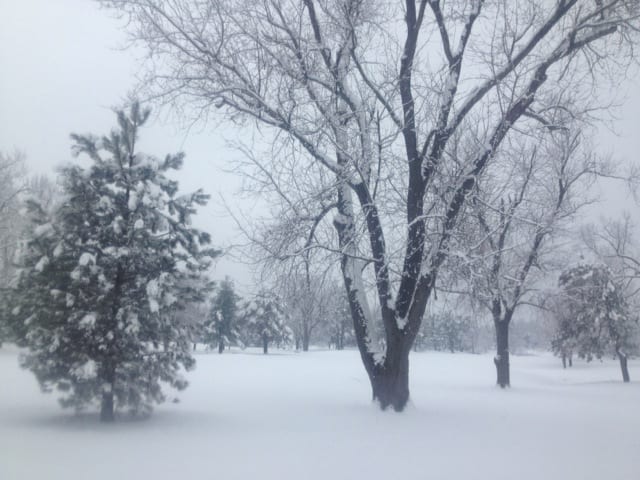 The following update was received from Director of Public Works John Phillips:

“All roads are pushed back and clear. If you’re driving this evening watch for standing water freezing and black ice. We are still at risk for a coating of snow as well. DPW crews will be back out late tonight to clean up business districts that were busy today and stopped us from cleaning the streets thoroughly.”

Phillips also advised that the parking ban has been lifted. 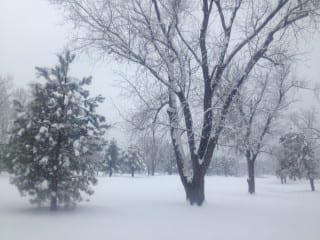 Plow crews began clearing West Hartford’s arterial roads at 7:30 a.m. Saturday and then moved on to open up the neighborhood streets. As of noon, most roads were passable but final clean-up work cannot be done until the storm has ended according to Department of Public Works Director John Phillips.

The National Weather Service winter storm warning for the area remains in effect until 7 p.m. Saturday. Approximately 4 inches of snow has fallen in West Hartford. Some additional snow is possible through early this evening.

The West Harford Department of Public Works has plow trucks ready to being treating the roads early Saturday, in advance of the precipitation. 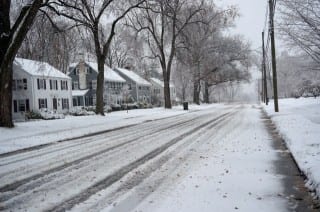 Saturday is forecast to be a snowy mess. File photo by Ronni Newton

A coastal storm is expected to drop a mixture of snow and rain in the region beginning in the early hours of Saturday morning, and the West Hartford Department of Public Works announced late Friday afternoon that a parking ban will go into effect beginning at 5 a.m. on Saturday, Jan. 24. According to Director John Phillips, the ban will remain in effect until further notice.

The National Weather Service has issued a winter storm warning as well as a hazardous weather outlook for the area beginning at midnight and lasting until 7 p.m. Saturday. The forecast calls for a complete mess – snow mixed with sleet, followed by rain, followed by perhaps some more snow, with temperature highs forecast to be near 34°. Estimated snow totals vary, but range from 3 to 6 inches to perhaps as much as 8 inches.

Phillips said that all plow trucks were prepared on Friday and the department is ready for the storm. In anticipation of the precipitation beginnig, he said that crews will report to work at 3 a.m. Saturday to pretreat their routes.

“We recognize that many residents will be home tomorrow. Please be patient when clearing sidewalks and driveway aprons. If we receive the higher end of the forecast accumulation, plow trucks will be making several passes until the road is clear and in most cases there will be several hours between each pass,” Phillips said in an email.

Because the snow is expected to be heavy and wet, he said that the “plow cast will come off the plows with heavy force even at low speeds. Also the water content in the snow will be high along with possible above freezing temperatures so we have to plow off the roads so the street gutters and catch basins function properly.”

According to West Hartford Public Schools, SAT testing scheduled for Saturday, Jan. 24 has been canceled.

The pilot PSAT testing for 9th and 10th graders who are registered has been postponed until Jan. 31. No new registrations will be accepted.

Check back for updates throughout the storm.