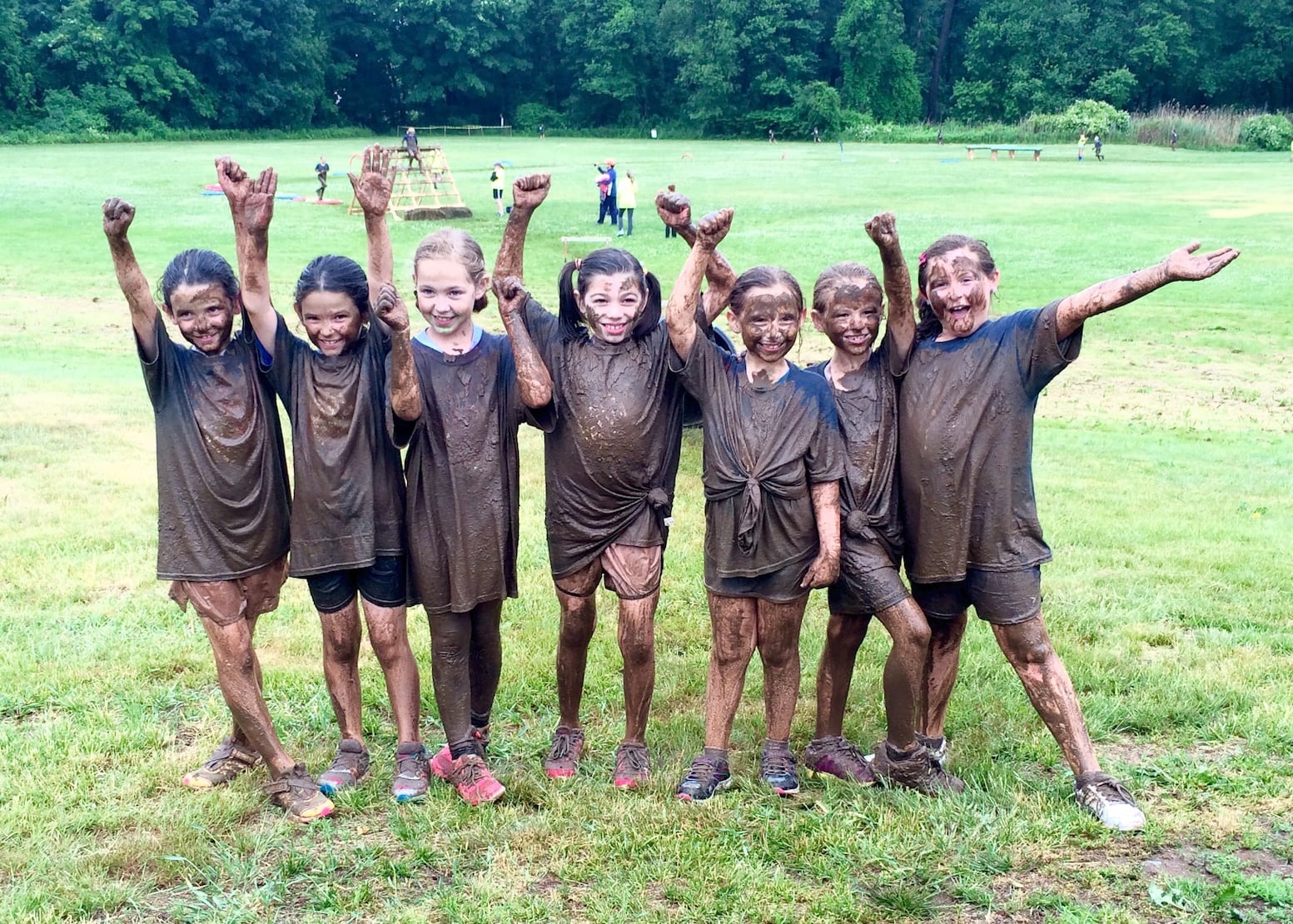 Several hundred kids got muddy with permission yesterday, in the second annual ‘Run A Muck’ through Wolcott Children’s Forest in West Hartford. 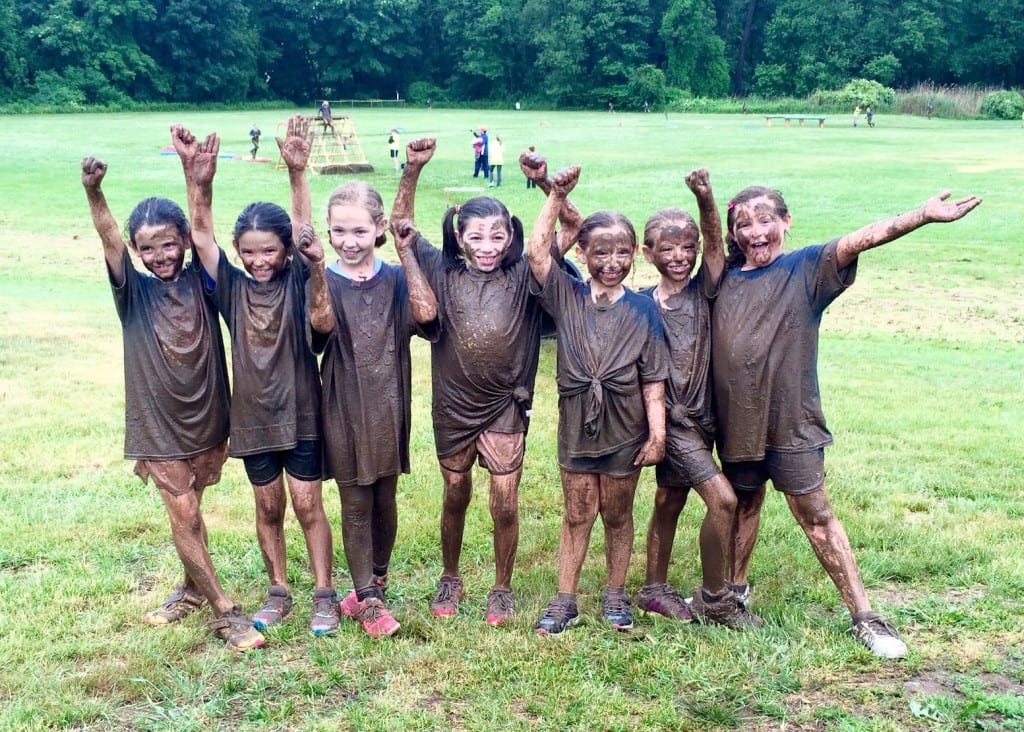 Kids love to get muddy, but sometimes their parents aren’t all that happy about it.

On a rainy Sunday – and the rain was certainly not a deterrent – about 375 kids had a chance to get muddy, and their parents were not only happy but also signed a permission slip for them to do it.

The kids not only had a blast, but they also raised money to support elementary school funds for recess equipment and after school fitness programs.

“There’s no real goal; the goal is to raise money but also to raise awareness. We’re raising money for fitness,” said event organizer Russ Trent. However, he said the event was also financially successful and although all the numbers haven’t been finalized, he thinks the event cleared between $3,000-$4,000 this year.

The Kids R.A.M Race event – a kid-sized version of a “Tough Mudder” race – was organized by the Wolcott Elementary School PTO, and according to the Wolcott PTO website, it’s “an exciting 1.2 mile race that allows your kids to “Run A Muck” through The Wolcott Children’s Forest.” The race included “11 obstacles over the course that includes scaling walls, crawling through the mud, sliding down hills and much more.”

Trent said that the number of participants doubled this year.

“What’s amazing is that the course if over a mile long. We had kids doing it four and five times. That’s over four or five miles, and they don’t even realize it. It’s healthy and fun,” Trent said.

One parent of a participant agreed, and said that when kids were given the option to do the 1.2 miles again, almost everyone chose to do it – the sign of a successful event!

The event was for kids ages 6-12, with a smaller-scale Run A Muck designed for 4- and 5-year-olds that preceded the main event.

Trent said that although he and his wife originated the idea, it never could have “become reality without tons of help from Wolcott. It’s truly inspirational,” he said about the commitment from families, staff, and others from throughout the community.

Last year many of the volunteers went through the course themselves after the event had ended. Trent said they made a group decision not to do it again this year because the rain made everything so muddy that they would have had difficulty cleaning up if they were also completely mud-covered.

“It is fun for adults, too,” Trent admitted, and said that next year organizers will entertain having adults officially participate.

Run A Muck is “no gym class or walk in the park. They will get down and dirty while challenging their physical agility,” according to the website.

As the photos show, the kids did just that. And as the smiles would indicate, they had a great time as well. 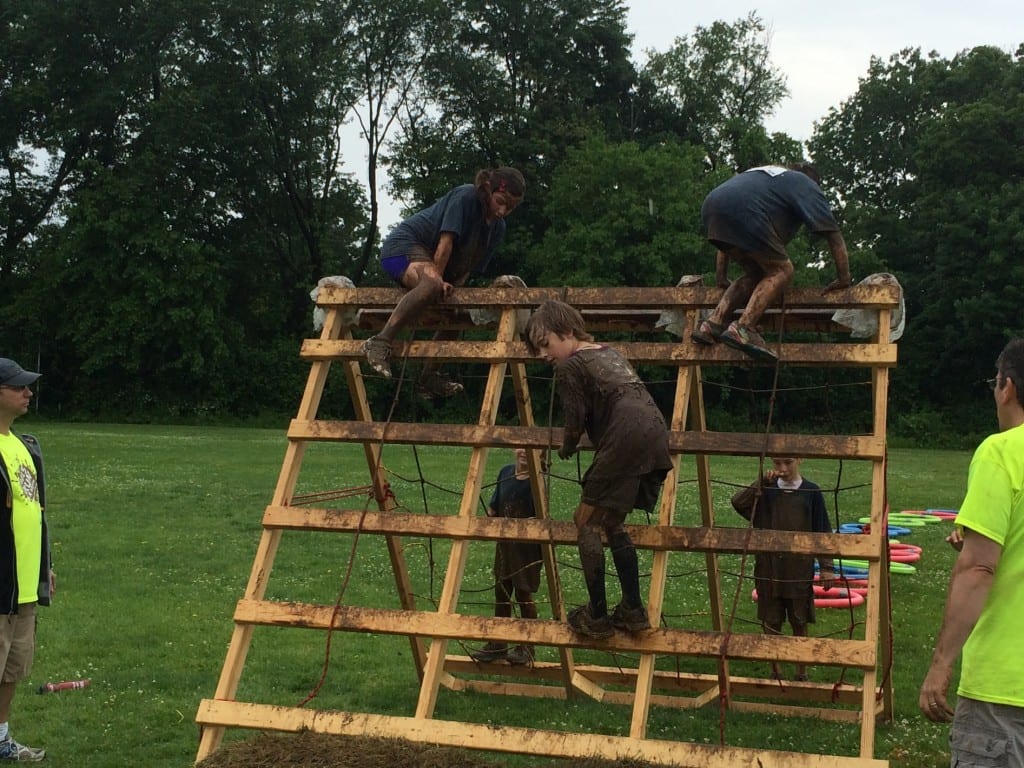 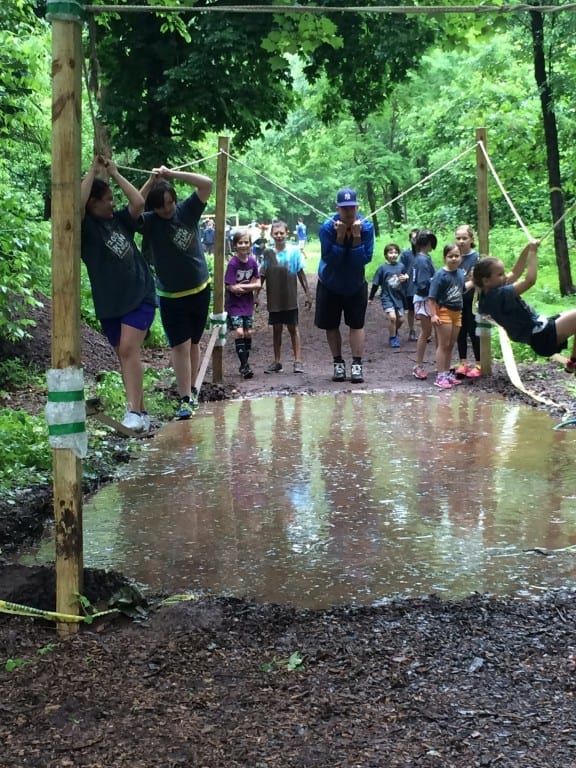 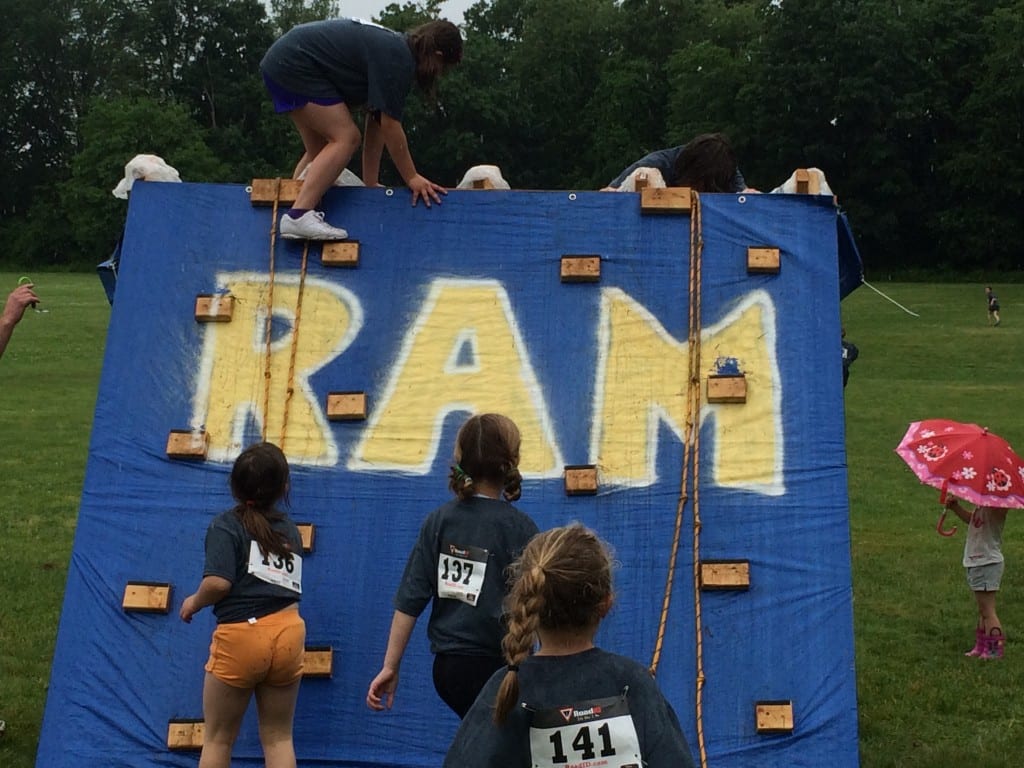 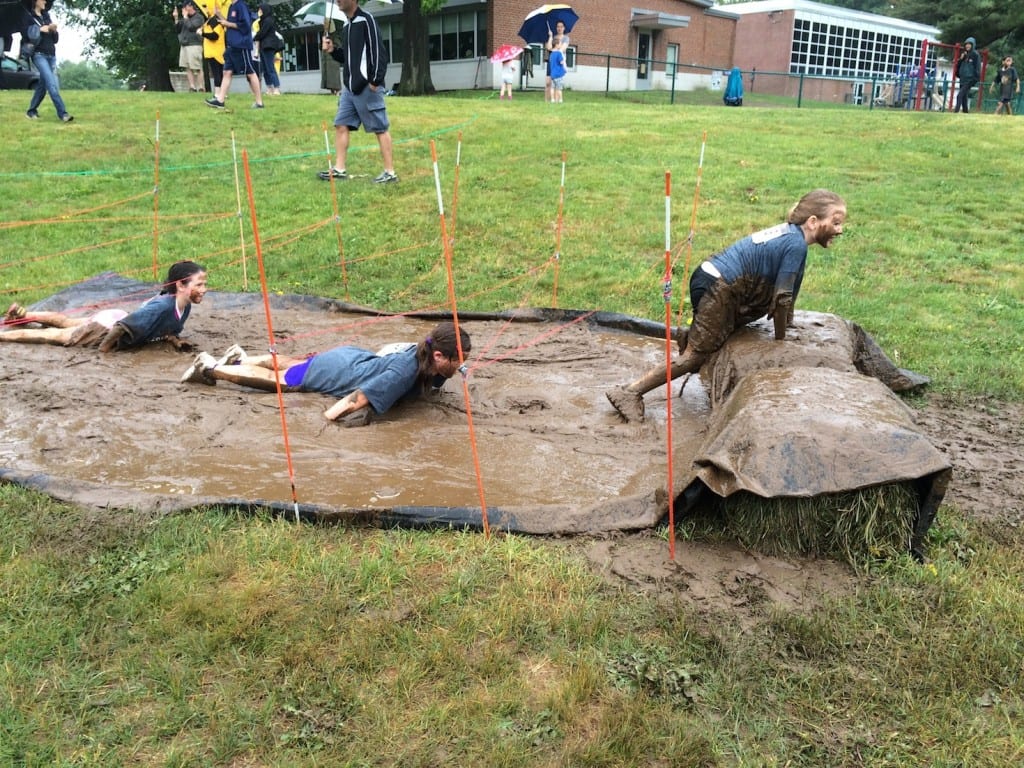 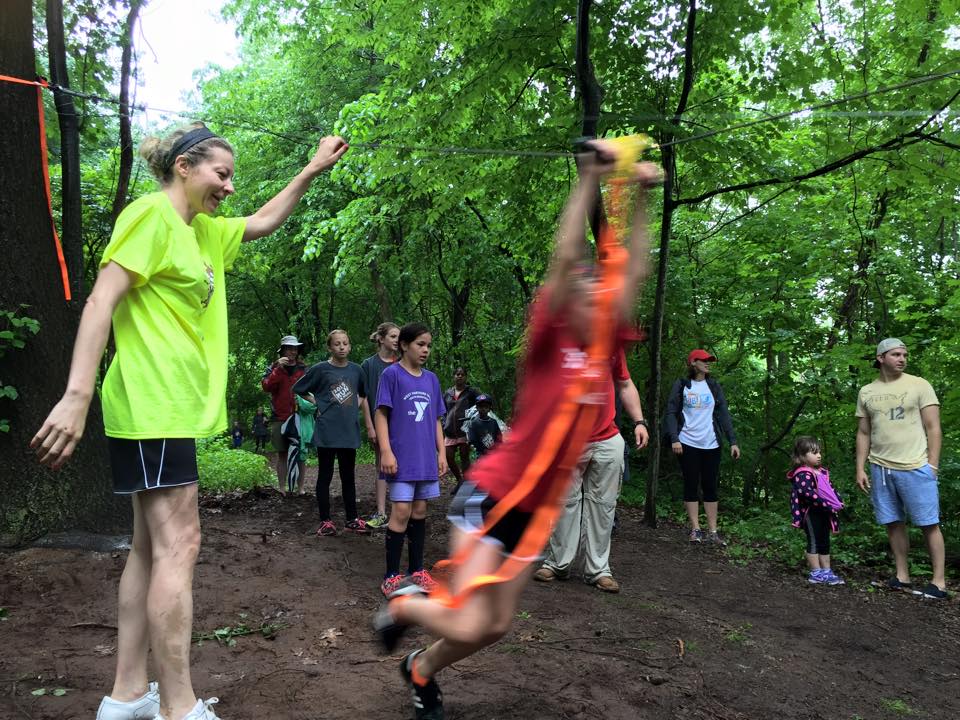