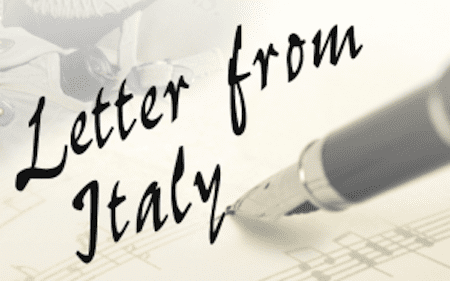 A screening of the film ‘Letter from Italy, 1944: A New American Oratorio,’ will be held at the Noah Webster Library in West Hartford and a discussion will follow.

The screening of Letter from Italy, 1944: A New American Oratorio, narrated by Meryl Streep, will take place at the West Hartford Library Noah Webster Room, Thursday, April 20, 2017, at 7 p.m. with discussion from Dr. Marinchak, licensed clinical psychologist, after the film.

The award-winning film tells the story of the creation of the oratorio – its commission by the Greater Middletown Chorale, creation by Grammy-Award nominee Sarah Meneely-Kyder, and premiere in Middletown by the Chorale at the Performing Arts Center at Middletown High School.

Local veterans and dignitaries appear in the documentary, adding their insights into this true and powerfully poignant musical drama about Post Traumatic Stress (PTS) and its effect on generations.

Parking is available in the nearby Isham Garage. Please bring your parking stub to the program at the library for validation. For further questions or to register, please call: 860-561-6990.