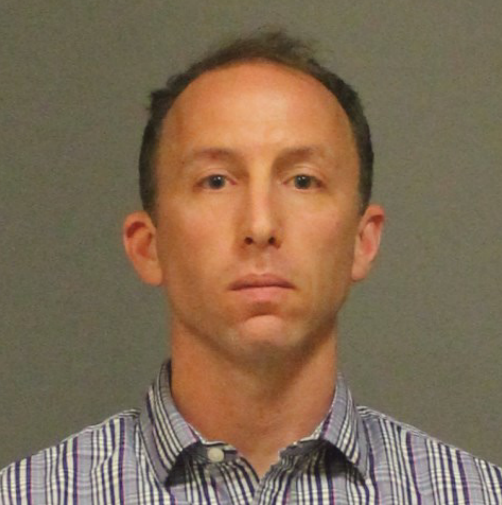 West Hartford Police arrested a local man and former college administrator on a warrant Monday in connection with charges that he used his cellphone to entice a minor to have sex.

A West Hartford man was arrested Monday afternoon and charged with enticing a minor to engage in sexual activity.

West Hartford Police said that Scott Russell Backer, 39, of Webster Hill Boulevard, has been under investigation since earlier this year after an incident that took place in a Walmart in Cromwell.

Although West Hartford Police said his name is not on the sexual offender registry, this is not the first time that Backer has been the subject of an investigation for alleged involvement in sexual activity with minors.

A Boston Globe article written in October 2016 about educators accused of sexual conduct finding new posts notes that Backer “had been dismissed by Vermont Academy in Saxtons River, Vt., in 2007 and later sued by the former student whom he allegedly propositioned. The case was settled out of court in 2011.”

According to numerous sources, Backer was hired at Wesleyan University in Middletown in 2007 and rose to the rank of associate dean of students. According to the Globe he was responsible for overhearing sexual misconduct hearings.

He was fired by Wesleyan in June 2016, after the University was contacted as part of the Globe investigation for its “Private Schools, Painful Secrets” series.

In a lengthy and thorough article, Wesleyan’s student news site “Wesleying” provides details of the case and a link to the copy of the email from Wesleyan Dean Mike Whaley regarding Backer’s dismissal.

Following an investigation and after collecting evidence in the 2017 case, police obtained a warrant and arrested Backer at his home just before 4 p.m. Monday.

Police said that they received the complaint and began their investigation on Feb. 7, 2017, after learning that Backer had used the “Yik Yak” app to speak with someone he believed was a 15-year-old girl.

According to police, Backer had met the person with whom he had been chatting at the Walmart in Cromwell on Jan. 12, 2017. Instead of a 15-year-old girl, the person was an adult male.

That individual, whom police said was not a police officer but a citizen attempting to snare potential sex offenders, confronted Backer “as to why he was there to have sex with a minor” and videotaped the encounter.

West Hartford Police Lt. Eric Rocheleau said that the case was initially being investigated by another law enforcement agency but was turned over to West Hartford when it was determined that the “enticing” had taken place in town and that was technically where the crime had been committed.

Backer has been charged with use of computer to entice a minor to engage in sexual activity and is being held on $150,000 court set bond.