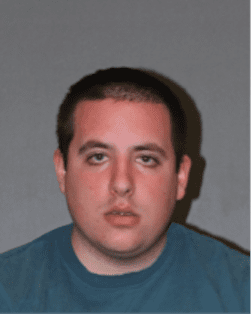 The man was charged by West Hartford Police after he was apprehended at his residence.

A 22-year old West Hartford man, who was discovered to have a BAC approximately four times the legal limit, faces multiple charges after his involvement in an April 23, 2016, motor vehicle crash near 39 Highland St. The incident occurred at 12:37 p.m.

According to Capt. Jeff Rose, Zarek Kirby, of Farmington Avenue in West Hartford, was driving a 2014 Chevrolet Cruze and was backing out of a driveway at 45 Highland St. when he struck a truck that was headed south on Highland Street. According to police, Kirby drove across the grass and sidewalk to evade the accident, and a person on the sidewalk had to “jump out of the way” to avoid Kirby’s vehicle.

Police said that Kirby was apprehended in his own driveway. His BAC was recorded at .322 and .318 – approximately four times the legal limit of .08.

Kirby was charged with DWI, Reckless Driving, Evading Responsibility, No Insurance, Failure to Drive Right, Unsafe Backing, and Possession of Drug Paraphernalia (marijuana pipe). He was released on a non-surety bond and is scheduled to appear in court on May 5.