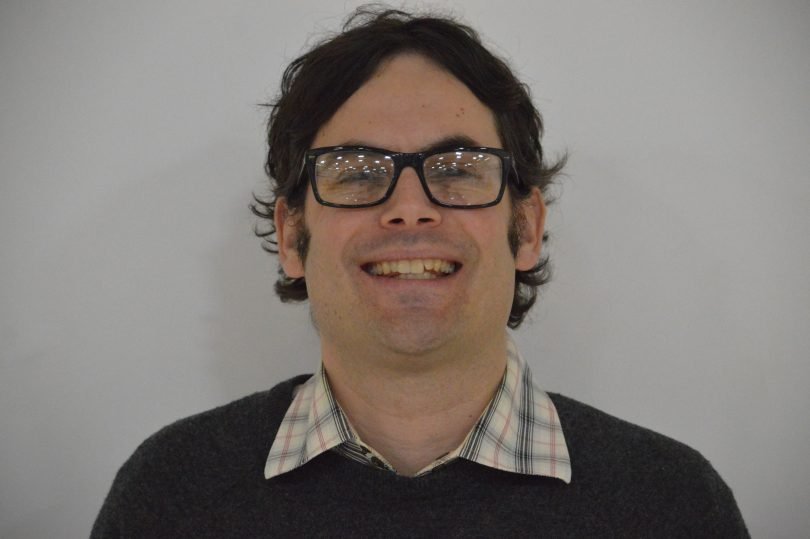 Hall graduate Craig Davidson is the new tennis coach at the University of Saint Joseph in West Hartford. Courtesy photo

Craig Davidson, a 1998 graduate of West Hartford’s Hall High School, was announced Tuesday as the first-ever men’s tennis coach at the University of Saint Joseph. 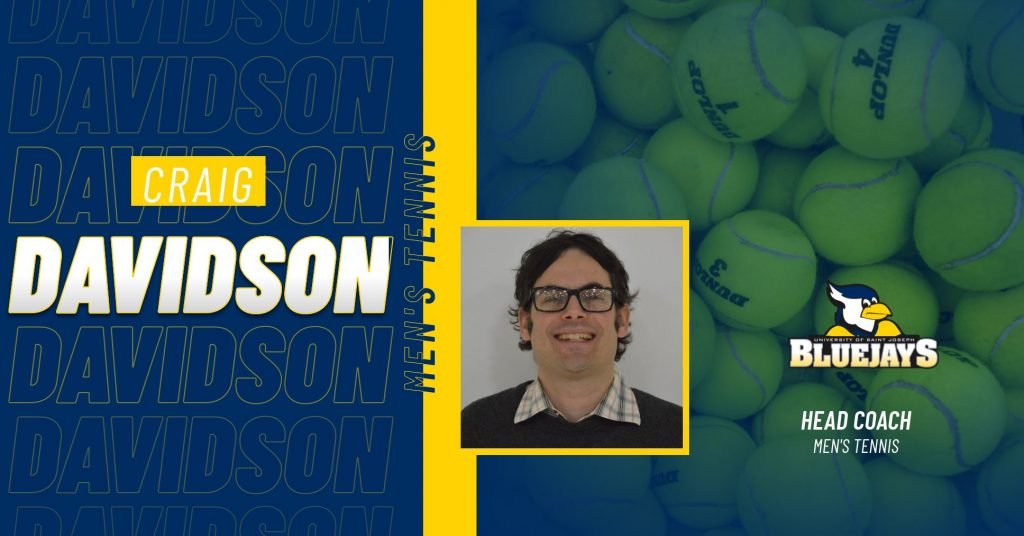 Hall graduate Craig Davidson is the new tennis coach at the University of Saint Joseph in West Hartford. Courtesy photo

The University of Saint Joseph (USJ) and Athletic Director Amanda Devitt have announced the hiring of Craig Davidson as the first-ever head men’s tennis coach, ahead of the program’s inaugural 2020-2021 season.

Davidson is a West Hartford native and graduate of Hall High School, just down the road from USJ. He has spent the last seven years as the head tennis professional at the Enfield Tennis Club, where he teaches tennis among a variety of age and skill groups. He has done the same at Suffield Country Club for the last four years, and Litchfield Country Club in 2012.

Davidson has coached adult and junior teams for the United States Tennis Association (USTA), and spent a year as the head men’s tennis coach at John Jay College in New York City.

“We are thrilled to be starting our men’s tennis program with our newly constructed tennis facility,” stated Devitt. “Craig’s enthusiasm for the University and his excitement to build a program made him the perfect candidate as our first head men’s tennis coach.”

“I’m extremely honored and excited to be joining the University of Saint Joseph family,” said Davidson. “As the new head men’s tennis coach, I’ll bring passion and enthusiasm to the program and build a winner the University can be proud of. I’d like to thank Amanda Devitt and the entire search commitee for giving me this opportunity and I look forward to getting started.”

While at John Jay College during the 2009-10 academic year, Davidson led the Bloodhounds to a 10-4 overall record and 6-2 mark in City University of New York Athletic Conference (CUNYAC) play. He also guided the Bloodhounds to the CUNYAC Semifinals that year and saw five of his student-athletes earn CUNYAC All-Conference honors. Additionally, two of his players were named Academic All-Americans.

Davidson more recently returned to his alma mater and directed the JV boys tennis program, while also assisting varsity at Hall High School for two years from 2012-2014, before and during his extensive club tennis work. On the court, Davidson was a top-10 USTA and New England Junior tennis player from 1990-1998, and was a singles champion in the 1997 CIAC Class L Boys Tennis State Tournament.

The addition of men’s tennis to USJ, which became a fully coeducational institution in the fall of 2018, will be the sixth men’s program added, joining soccer, basketball, swimming & diving, and lacrosse. Men’s lacrosse is set to kick off its inaugural season on Saturday, Feb. 22 in a home match vs. Maine Maritime, after the first four men’s programs successfully opened in 2018-19.

The USJ men’s tennis team will immediately begin competing in the Great Northeast Athletic Conference (GNAC), and will play its home matches on the newly renovated USJ Tennis Courts, which were completed this past fall. The revamp features six post-tension tennis courts in Biscayne Blue surrounded by Oasis Blue, where the previous tennis courts laid.

When men’s tennis joins the GNAC next year, they will compete against seven other teams: Albertus Magnus College, Colby-Sawyer College, Eastern Nazarene College, Johnson & Wales University, Lesley University, Norwich University, and Regis College. With eight institutions sponsoring men’s tennis in the GNAC, it secures the conference’s automatic qualifier status to the NCAA Division III Tournament, with the league champion earning the right to compete in NCAA’s each year.