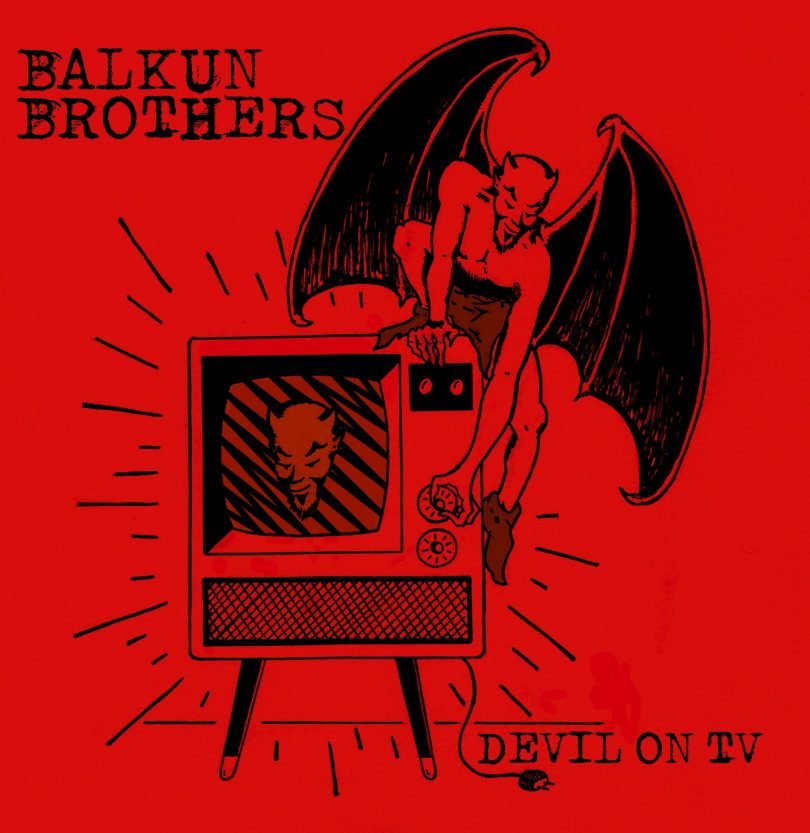 The Balkun Brothers, winner of ‘2017 Best Rock Band in New England’ at the New England Music Awards, have two upcoming shows in Hartford.

Mixing heavy rock and funk grooves with traditional styles of delta and electric blues, the Balkun Brothers are crafting a unique sound and style all their own. Formed in 2010 by blood brothers Nick and Steve Balkun, their much anticipated second album, “Devil on TV” is set to be released on May 30 by the European label, Dixiefrog Records. To celebrate their latest recording, the band is returning to Hartford for two performances. 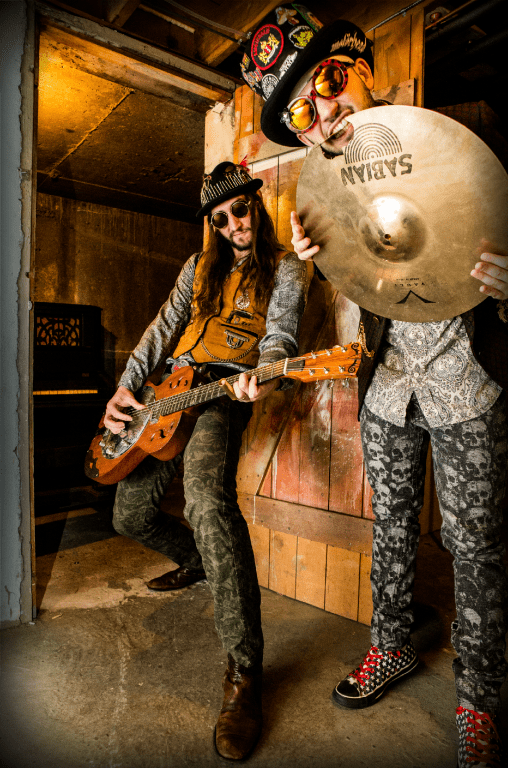 Steve and Nick Balkun were raised in West Hartford, growing up right on the Hartford-West Hartford border. They went to St. Timothy’s for middle school, then on to Northwest Catholic.

When the pair first learned how to play music and formed a band, they started out with concerts in Blue Back Square. Drummer, Nick Balkun, says, “It quickly grew from there.” His brother Steve, who plays guitar and sings in the Balkun Brothers, is also a professional luthier. He owns and operates his custom guitar and repair shop in West Hartford.

They try to come back and play at least one or two gigs in their hometown every year, and he added that they’re still in town a lot when they aren’t on the road. “We love where we grew up and have a ton of friends who are still there.”

Steve and Nick have another brother, the eldest of the three Balkun boys, who recently moved into a house in West Hartford as well.

Upcoming shows including a performance on Friday, May 19, when the Balkun Brothers will appear with Vermont “funk rockers” Gang of Thieves at the Arch Street Tavern (www.archstreettavern.com).  The music begins at 10 p.m. Click here for more details and to purchase tickets.

Then, on Saturday, June 17, the group takes the stage at 8 p.m. at Infinity Music Hall in Hartford for a special record release party (www.infinityhall.com). Joining them will be the popular NYC progressive rock trio, Consider the Source, as well as Jake Kulak and the LowDown. Click here to purchase tickets or for more details.

Drummer Nick “The Hammer” Balkun says their goal for the upcoming shows is to deliver “the most energy we can put forth” for their fans.

The Balkun Brothers received high honors at the 2017 New England Music Awards on April 30 getting the win for “Best Rock Band in New England.”

“Being voted ‘Best Rock Band’ in New England by the fans in this region is a true honor and accomplishment for us as a group. We’re proud to represent our home region wherever we play,” says Nick Balkun. Supporting act for the Infinity Music Hall show, Jake Kulak and the LowDown were also a nominee at the NEMA’s this year for the category “New Act of The Year.”

Known for their explosive live shows, Balkun Brothers are quickly evolving into a premier act and are gaining followers rapidly across the world with their gritty hard-rockin’ attitude. The band was voted “Best Blues Band in Connecticut” at the Connecticut Music Awards for the last four years in a row, from 2013-2016. Their live shows and in-studio recordings seamlessly transition between rock, blues, funk, jam, punk, psychedelia, and everything in-between.

One music critic describes the Balkun Brothers as, “Spectacular torch-bearers for rockin’ American blues.  The band brings a raw, soulful and energetic personality that is a fresh sound for blues and rock ’n roll.” (The Day, New London, CT).

On their new release and the band’s recent award, Balkun says, “We are excited to be pushing rock n’ roll into the future and creating something that has never been heard before.” He adds, “We appreciate all of the artists who have influenced our sound and set us on the path we are on now.”

In addition to touring extensively throughout the United States, the band has also completed three European tours since 2015, performing in Germany, Belgium, Luxembourg, the Netherlands, and France.

Fans can visit the band’s website at  www.balkunbrothers.com and hear their brand new song, “So Hi. So Lo.” at  https://www.youtube.com/watch?v=VyA-QhAQm0k.